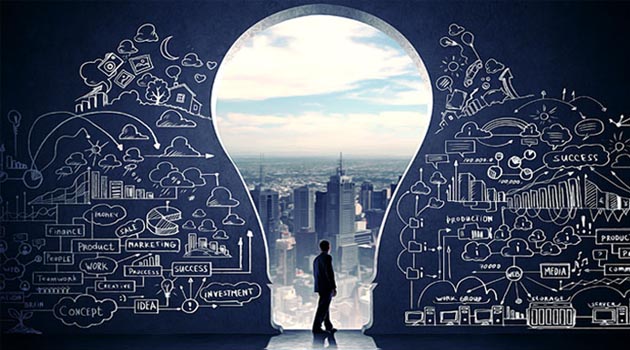 As we know that MSMEs are the growth engine of Indian Economy since its inception. The Sector is the largest employment generator after Agriculture. Large corporate also depend a lot upon Micro, Small and Medium sector’s support at every level of business activities. With the fast changing business scenario in the economy, the financial needs of the MSMEs need to be addressed with the same pace. The sector consists of two types of basic activities.  These are, Manufacturing and Service activities. MSMED Act 2006 has bifurcated the same with the amount of investment. MSMEs are categorized based on the investment in Plant & Machinery or Equipment irrespective of the loan amount. It can be for the sector of manufacturing / trading / services / Hospitals / Hotels, etc.

The traditional lenders to the sector were private players (Money lenders) before nationalization of Indian Banks. Limited output was expected from tiny industries and individual entrepreneurs. The concept of small scale industry came into existence as this was the sector not well organized. Nationalized Banks started funding with the pressure of Government, but with a lot of paperwork and formalities. The hesitation of visiting banks with the entrepreneurs was still there. RBI, the regulator of banks directed all the Scheduled Commercial Banks to prioritize their lending to the small and needy people of  the society who are  engaged in the activities defined above in addition to financing the Agriculture sector. Sympathy was shown at every level. The hurdle in the way was of collaterals and guarantees to cover the risk of financiers in case of default of repayment. GOI and SIDBI found the way to this by establishing a Trust named as CGTMSE ( Credit Guarantee Trust for Micro and Small Enterprises ) to guarantee the Credit of MSEs. Medium Sector was not covered.

The teething problem with the trust was of systems and procedures to be followed by the MLIs (Member Lending Institutes). However, the Trust was a ray of hope at least for micro and small enterprises. RBI also mandated that no collateral and third party guarantee will be insisted for the loans up to Rs.10 lakhs. The pace of lending was still slow by the banks. NBFCs took advantages of the situation and started funding at a higher rate of interest.

The poor guys did not mind this burden too and started turning towards the Non Banking Financial Companies for their financial needs. Since the demand of credit in this sector was very high and Supply was very low, the gap attracted the new generation of Tech Companies. The target group for the Fin Tech companies was the excluded portion of MSMEs.

Indian Fintech is largely a story of payments. Let us understand the importance of Fin Tech. The target group of Fin Tech is comparatively wealthier and middle class customers of Urban and metro cities, which may be re planned with the interest shown by the rural and semi urban customers.

The first time entrepreneurs facing difficulties with the existing banking system or the unbanked population can gain more from Fin techs.

POLICY SIDE :- Jandhan Yojna, UPI  and solving interoperability issues help  Fin techs to come forward and encase the huge opportunity available before them.

Although the GOI and the regulator (RBI) have mandated the financiers not to insist upon collaterals for the loan covered under MUDRA up to Rs. 10.00 lakhs entrepreneurs, yet, the formal bankers with the old mind set do not adhere to strictly to the guidelines. This in turn creates a right type of opportunity for the Fintechs.

The Fintechs are on the legally permitted way of partnership with the private bankers, i.e  Amazon with Yes Bank for promoting its “Seller Lending Program . This partnership provides Secure and Unsecure loans between Rs.5.00 lakh to 1.00 Crore. The facility of Opening of Current Accounts , trade services, forex payment gateway., loan products etc are provided by Yes Bank at competitive rates. Amazon provides easy market access to the bank’s customers.

Payment Fintechs – Mobile Wallets and Digital Payment Services (Innovations and the Supply side ) _ Such transactions are growing day by day have touched a trillion in number. The main players are PayTM, Mobikwik, Citrus and PayU. Many more are in the queue. Smartphone, Internet and online shopping is becoming a fashion for the Gen Y. GOI  is also giving a boost to digital transactions . MSEs will be given some concession in Rate of Interest for the transactions done digitally.

Alibaba is making huge investment in PayTM. In the supply side  , the aggregators like Policy Bazaar  and Funds India are providing insurance and Mutual Fund Investment opportunities at comparable rates. These companies play a role of middlemen leveraging data and using algorithm to provide low cost intermediation services.

Why to go for P2P Lending or Borrowing?

Need to regularize the lending:- Looking to the growing credit needs of the MSMEs and lead taken by the Fin Techs with the technology reach, it was felt by the regulator that this sector cannot be left unwatched or un regularized. Reserve Bank of India, the regulator for banks and financial institutions, after due deliberations has come out with regulatory norms for the P2P Lenders too. They will be treated as NBFCs only in addition to the Capital Adequacy norms with certain caps.

Promoting fin tech :- The Government of India encouraged startups by its popular program Startup India that was also supported by SEBI  by easing of startup listing norms. RBI  started Payment System Innovation awards in the field of Finance and Technology . Telangana    Government’s T- Hub is the few steps towards promoting Fin Techs. GOI is also creating an enabling environment for fin techs through various initiatives i.e licensing of payment banks, issuance of guidelines on P2P by RBI and SEBI regulations on Crowd funding. The government has shown its clear cut intention to promote and improve mobile and internet usage. This step is also seen as an encouraging idea towards digital transactions that will ultimately help the MSMEs. As per report of the leading newspaper Mint, Finance ministry may give GST Compliant MSMEs access to loans at discounted rates to reward early adopters and encourage others to comply.

Security Issues:-  Safety of  loans for the lenders is not guaranteed as the portfolio is totally unsecure in nature, but one of the fundamental rule of economics applies everywhere, Higher the Risk, Higher the profit. On the other hand the Fintech companies focus a lot in scrutinizing the applicants in determining their eligibility that gives a lot of comfort to the lender. GOI is also in the process of creating a Registry of movable assets of MSMEs which will enable the lenders to access whether such assets are pledged with any other lenders before they sanction the loan. However, the loans through P2P platform are considered as unsecure and the repayment entirely depends upon the wish of the borrower.

Fin Techs in Bank’s Business Model: – Many banks are in the process of partnering with the Fin Techs. Banks can profit from the Fin Tech Revolution if they opt for a new model of banking based on customer values. This model may also be opened to the external world provided the bankers focusing the MSMEs, embrace innovation at their core. They need to transform the entire corporate culture increasing the level of Risk appetite if they wish to survive in such a competitive business environment. The new model will help them maximizing the profit and business volume by a greater reach to the first time customers.

Collaboration with Fin Techs will reduce the cost of funds by deploying the surplus funds in a faster way and ultimately the yield on advances will go up. Although the teething problem will always be there initially to understand the system and migrating it with the traditional one, yet the bankers will be able to create a huge customer base which will help them cross sale the customized products .

Finally, the growth engine of Indian Economy (MSMEs) are likely to see ACHHE DIN  in days to come by way of alternate/multiple sources of getting timely credit due to easy access to the system and continuous government initiatives.

(Source: – few contents have been taken from the study material received from RBI/CAB ). 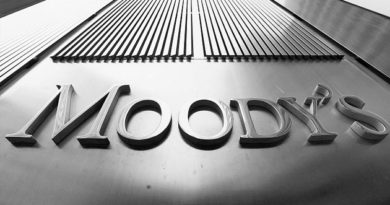 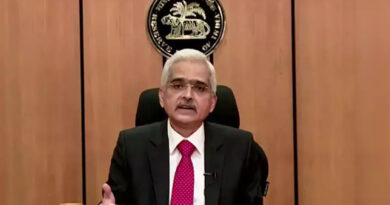