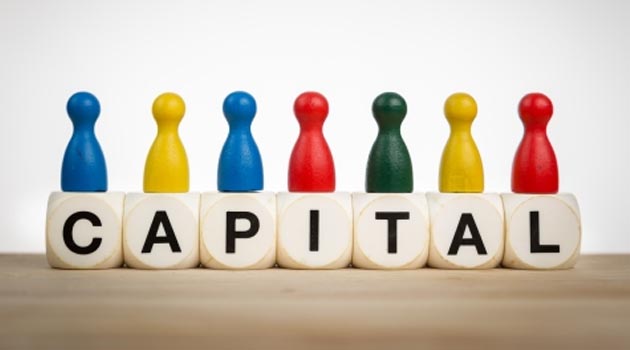 The basic work of a bank is to accept the surplus and / or investible money from public and lend the same to the needy persons known as Depositors and Borrowers respectively.  Before globalization and liberalization or after that, the basic function of a Public Sector Lenders even today remains the same i.e., working capital finance.  The working capital finance normally a short term running credit for a maximum period of one year.  This quantum of finance is assessed under various methods like Turnover Method, Flexible Bank Finance method etc.  Whichever way we assess the quantum of finance, it is basically depends upon two documents.  The audited Balance Sheet and P&L account.  The projected balance sheet is submitted to the bankers for the purpose of assessing the quantum of finance based on the balance sheet.  It is interesting to note at this point that a full years need for working capital of a borrower is based on audited balance sheet which is the snapshot of the business concern as on a particular day.  Whichever method we decide the quantum of finance one single element “The Margin” plays a crucial role in finalizing the working capital limits.  This entire article is devoted to the clear and unambiguous understanding of the concept of margin.

Traditionally, when a new officer takes charge the credit department, he is bombarded with technical jargons like “Audited Balance Sheet”, “Turnover”, Projected Sales”, “P&L Account” “Current Assets”, “Current Liabilities” etc.  From the day the officer begins the career till the cessation of service one item that is often referred in assessment of working capital limits is the margin.  Anyone would have got their first lesson in starting the credit department is first to bifurcate the balance sheet as per the needs of the bankers.  The rudimentary lessons are taught in basic segregation of balance sheet into Long Term Sources, Long Term Uses, Short Term Sources and Short Term Uses.

It can be seen from the above that having split the balance sheet into four segments the difference between the top two or bottom two are always the same.

Thanks to the revised balance sheet introduced to be used from 31st March 2012 which contains more or less the segregation as per banks needs.  Owner’s funds and Share Application Money are added as one group, Current and Non Current Liabilities as rest in the liabilities side.  The Assets side is simplified into Current and Non Current Assets.  Finally the new comer, with the intention not to confuse him at the start of the career, is taught meticulously the concept of margin.  He is given the first basic lesson in credit which is margin is nothing but “Current Assets – Current Liabilities = Margin”.

How far it is true?

Strictly speaking as a practical banker, the concept of margin is not that simple to understand.  Even learned processing officers used to write that due to increase in the closing stocks the current assets is showing a higher side and margin also increased correspondingly.  If you see in depth, the margin has nothing to do with any single item of current assets or current liabilities but it is a result of the excess of long term sources over long term uses.  Having brought up with the myth that margin is Current Assets – Current Liabilities if the concept of margin is not made clear to the younger generation who starts the banking career for various reasons with the list of educational qualifications as divergent as Engineering, Arts, Business Administration, Finance, HR, Basic Science.  A simple commerce student is sufficient to understand the nuances of balance sheet and various technical terms of working capital finance.  It is the general observation that the non commerce student picks up the trends quickly whereas the commerce students tad low due to complacency.  It is only the observation exceptions are always there.

Now coming to the core issue what is the correct answer to the question “How margin is calculated in a business concern?”  As the balance sheet is bifurcated into two groups in each side with a total of four groups the answer also narrows down to two choices.  Either as traditionally taught opinion Current Assets – Current Liabilities or the fact Long Term Sources – Long Term Uses.

It is estimated that majority of senior staff in all public sector banks are retiring on superannuation before the end of 2017 and the consequent vacancies are to be filled up by the inexperienced but smart young probationary officers. How to make the newcomer probationary officer to understand the fact from the opinion is daunting task in the hands of the seniors as the baton has to be passed on before the time runs out.

Let us be practical

Let the youngsters learn in more practical and simple way of observing and asking why than to tell how.  When the margin in the system is reduced which is also reflected by reduction in current ratio, all the sanctioning authorities prescribe various terms and conditions to improve the margin in the system.  Let us analyze the same one by one.

The above practical examples are not exhaustive but only as major examples repeatedly prescribed by the sanctioning authorities to improve the margin in the system.  Now the participants can well understand that to improve the margin in the system, all the terms and conditions stipulated by the sanctioning authorities are revolving around either a component of Long Term Sources or a component of Long Term Uses.   Now it will be clear for the youngster to capture this basic nature of how margin is really worked out for a borrower.  Having said so much about the Long Term Sources and Long Term Uses which results the margin in the system, it is also pertinent to explain how current assets and current liabilities are related and behave.

The levels of Current Assets and Current Liabilities have no bearing on the margin:

Once the borrower starts running the business unit, he starts the same with the initial corpus of cash on hand.  Let us assume that if he buys raw material out of existing cash, then the cash changes its nature from Cash to Inventory.  If borrower gets market credit, then to the extent of the value a new item Sundry Creditors is created in the liabilities side and Inventories are created on the assets side.  If he converts the raw material into finished goods then it is only intra movement of value within the broad heading Inventory.  Supposing if he also avails the bank finance which is nothing but Cash Credit, commonly known as Short Term Bank Borrowings, then it is expected that it is either for releasing the amount blocked in current assets to run the next cycle of production or to create the current assets in case of a new borrower.  Every amount of drawing from cash credit account should generate a current asset.  Again this is not a strict rule, whether the market credit is costly, then the same can be replaced with bank borrowing which is having cheaper cost compared to the market.  Any situation that is happening in the Current Assets and Current Liabilities are either internal movement or intra movement.  It is also to be noted that bank borrowing is only against Inventories, Sundry Debtors, etc nor for financing “other current assets”.

Now the concept of margin becomes clearer to the youngsters who donned the role of credit processing officer now and going to become Top Management.  The concept of margin due to proper explanation of  why than how to do it also enlightens them forever in their career not to mix up the margin with the elements of current assets and current liabilities, though they are starting their career with that teaching “Current Assets – Current Liabilities = Margin”.