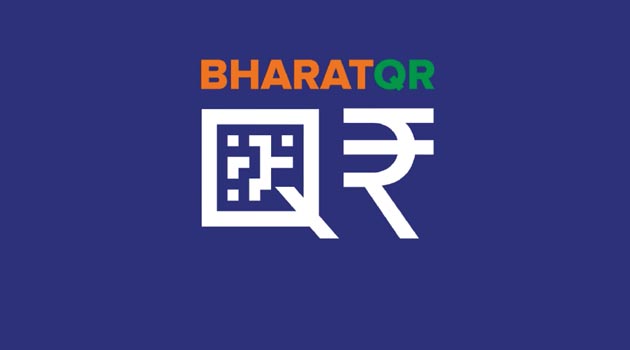 Although the banks were already on their way to devise and promote digital payment with the primary objective to reduce the cost of transactions, to tap the next gen customers and for financial inclusion however it was Demonetization of old currency notes which is making the big push to digital payments. The government wants to achieve a less cash society and its is doing everything in its ambit to do so. The government of India has already launched Unified Payment Interface (UPI) for smartphones and Unstructured Supplementary Service Data (USSD) for basic feature phones. The government has also introduced BHIM (Bharat Interface for Money) app which is a unified UPI app. Another introduction by the Government is the AadhaarPay that enables the people to make cashless money transactions using Aadhaar Card and their fingerprint for bio-metric authentication. To make the payment process easier and hassle free, the National Payment Corporation of India (NPCI) a GoI organisation which has developed IMPS, UPI and BHIM has now rolled out yet another product called Bharat QR code payment transfer mechanism for cashless electronic payments.

Over the last few years, a lot of people have moved on to the cashless payment methods using debit and credit cards, however, this method of cashless electronic payment transaction has strings attached in terms of cost of owning and running the card swipe machines and transaction fees. The GoI has now taken another step to encourage digital payments and has simplified things for merchants and for the customers by launching the Bharat QR Code.

What is QR Codes and How it Works ?

QR code or Quick Response code is a two dimensional machine readable code that is made up of black and white squares. It is used to store URLs and other information which can be read by the camera of a smartphone. Bharat QR code will make use of QR code system for payments across merchant outlets.

QR code has been one of the fastest growing segment of online payments in the country. While one can see these boxes around most shops, the process does not require the seller to be online as all it needs to put a printout of QR code. Anybody with a smartphone can generate a QR code and by scanning QR code through mobile phones, money can be transferred from one source to another. Payment made through QR code will help transferring the money directly from one bank to another bank account. More important, it also saves the hassle of revealing mobile number or virtual addresses. Paytm and Visa first started this service two years ago, where each of the service generated their specific QRs for offline transactions. Bharat QR takes this a bit further by standardizing the QR code payment method throughout the country.

What is Bharat QR Code ? How it different from QR Code system of Paytm, mVISA etc ?

Bharat QR Code is a common QR code built for ease of payments. It is a standard that will support Visa, MasterCard and Rupay cards for wider acceptance. Bharat QR code will enable the merchants to accept digital payments without the Point of Sale (PoS) swiping machine at the same time it will allow customers of any bank to use their smartphone app to make payment using their debit/credit card.

Accoerding to RBI, the Bharat QR Code is the world’s first inter-operable payment acceptance solution and that is the beauty of Bharat QR code. For instance, if you were a visa customer and were using a bank app like Pockets or PayZapp, you could only scan mVisa code and make payment and could not process them for a merchant who has Mastercard, RuPay or American Express, but with Bharat QR all that would be possible. So if a merchant has a Bharat QR code you will be able to make payment using your Pocket or PayZapp or any other app irrespective of the fact that it has tied up with any of the these services. In other words, e wallets like Paytm allow QR code based payment only if both the parties to the transaction need to have installed the Paytm app while such is not the condition with Bharat QR code.

How to Generate Bharat QR Code

A retailer, shopkeeper or anyone who needs to accept payment can easily generate the Bharat QR code and start accepting payment using following methods-

For making payment, you will need your bank app or BHIM app installed in your phone. At the store of the merchant, you have to open the app and tap on scan QR code and scan the Bharat QR code. Once the code is scanned, the amount that has to be paid need to be entered along with a remark and a four digit passcode. As soon as the authentication is completed, the money will be transferred to the merchant’s bank account.

In terms of benefits, merchants will no longer need to invest in buying the PoS machine as it allows the merchants to receive digital payments without the use of PoS machine. With no PoS machine, merchants will also be able to do away with the transaction fees charged by the banks for using the PoS terminal. The payment will take place via IMPS and the money will get credited into their bank account instantly. Moreover, the merchants will also not face the problems with regard to limits on the amount of money that they can accept every month through Bharat QR Code unlike Paytm, Freecharge or Mobikwik. The hassle of transferring money from wallet to bank account will be eliminated as well further making it easier to accept digital money.It will also allow the customers of any bank to make payment by using their debit/credit cards.

Currently, when you give your credit / debit card to swipe, there is small though negligible possibilities of someone capturing crucial details such as card number, expiry date and CVV. While OTP option is enabled for two-step-verification before authenticating transaction, the risk of exposing your card details still remains. In case of Bharat QR code, the transaction is completed with enhanced security, and card details remain in customer’s control, which is a big advantage.

It is evident that Bharat QR Code is one of the biggest achievements of GoI in promoting and encouraging cashless payments in the economy. Addressing one of the big complaints during demonetization i.e. inter operability, the GoI has ensured that there is enough options for the consumer, as also, the merchants to carry out seamless transactions. The further success depends upon making it reach all levels of the society and this can be done by educating the people. Given that you can convert the 250 million smartphones into payment terminals, the system can benefit all. Also, with the government instituting AadhaarPay, Bharat QR can be a force multiplier. It will be important to see how wallet companies like Paytm deals with this.