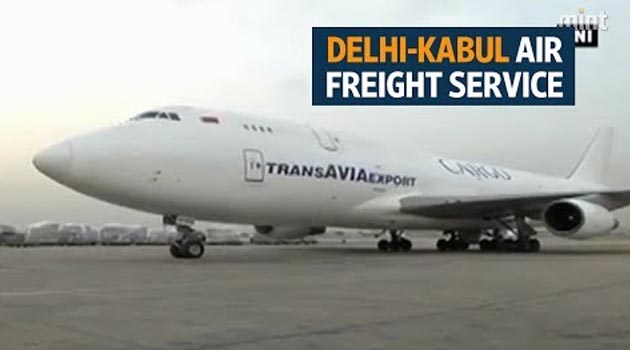 Indian and Afghanistan started an air freight service to boost trade between the two countries  in order to boost trade. The flight “will operate between New Delhi and Kabul. We are still in the process of finalizing the details,” said Indian Foreign Ministry spokesman Gopal Baglay.

The decision to launch an air freight service between India—the biggest economy in South Asia—and landlocked Afghanistan, was taken during a visit by President Ashraf Ghani to India last year.

Pakistan, however, has so far not relented.

“The idea of establishing a dedicated air freight corridor is to operate a dedicated freight flight between India and Afghanistan,” Baglay said.

“This decision was taken in view of the difficulties that we have on the ground in terms of connectivity between the two countries,” he added, without blaming Pakistan directly.

“At the moment the idea is to see if this (air freight service) can be (operated) with the frequency of once within a month or every fortnight,” Baglay said, adding, “We need to see what is the viability of it.”

“It is, at the end of the day, a commercial venture which is supported very heavily, very strongly and very purposefully by both the governments,” he said.