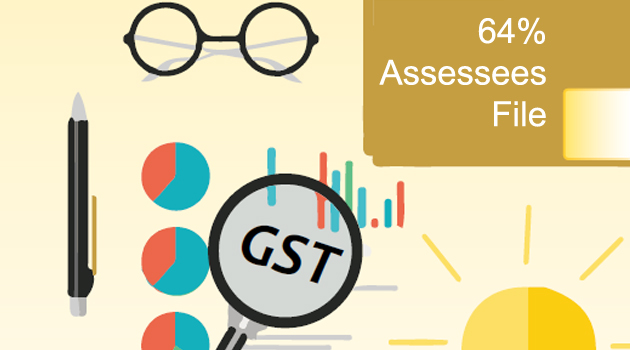 The collections under GST in July exceeded the Union and state governments’ target, even though 36 per cent of the assessees did not file the returns.

The growth rate is taken in accordance with a formula of compensating loss-making states. Thus, the combined kitty comes to Rs 91,000 crore.

Union Finance Minister Arun Jaitley said: “We have crossed the red line so far as tax targets are concerned.”

With regard to GST collections impacting the fiscal deficit target, he said, “It is too early to comment”.

Explaining the reason, he said now that the internal estimate had been breached in the first month of the GST roll-out, it meant that many businesses that were otherwise not paying taxes were coming into the net.