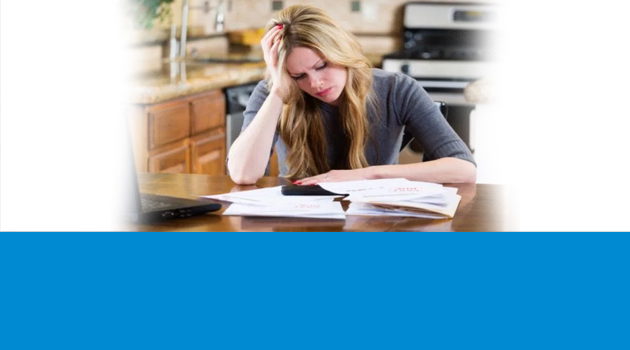 The Banking sector mostly public sector Banks are being squeezed between rising bad loans and lower earnings on one side and shortage of capital and burden of obligations toward financial inclusion on the other. The overall slowdown of the economy leads to rise of NPA level, the growing menace of NPAs threatens to destabilize the entire financial structure of the nation .The accumulation of NPAs is bad for the growth of a stable financial system. If we analyze the performance of banks particularly PSU banks in the last quarter’s we will find most of the banks have incurred losses and there is substantial increase in NPA portfolio of banks. Public Sector Banks have seen a surge in their bad loans following the Asset Quality Review and directions from the RBI to classify some large corporate accounts as bad debts. The mounting NPA has also become a matter of great concern for Reserve Bank of India and Ministry of Finance, Govt. Of India. Most of the Banks have incurred losses during the last quarter. The cumulative losses of 8 public sector banks that were in red for the quarter end December 2015 has crossed Rs 10,000 crore—the highest ever in the absolute terms. The high losses are because the banks have made huge provisions towards bad loans in the third quarter and most of the banks have tried to clean up their balance sheets as per the requirement of RBI. The magnitude of the problem can be assessed from the fact that just 60 big companies were the cause of over Rs 10,000 crore loss to 8 banks during the quarter end December 2015.

Let us have a glance at the NPAs and losses incurred in the third quarter by major public sector banks:-

There is also increase in level of stressed Assets in Public sector banks because of so many internal and external factors.  At macroeconomic level steel and power sectors are going through severe stress due to downturn in global commodity prices and also there are problems in real estate business apart from so many other negative factors.

Classifying the loan as an NPA will force lenders to initiate recovery proceedings against the borrowers. The recovery process in any developing economy must change and adapt to the current requirements and expectations of the lenders. The borrowers should not be permitted to take undue advantage of the law and escape their liability towards a bonafide lender by abusing the process established by the law. They should not be permitted to delay the recovery process to the extent that the lender gets frustrated further affecting the recovery in a reasonable period of time. In view of the growing menace of NPAs and to check such NPAs, SARFAESIA acts as the major legal method in our country.  SARFAESI Act has brought down the NPAs significantly and has provided a tool to the lenders for the recovery of its dues by taking the recourse to claim attached possession and sell the secured assets mortgaged by the borrowers in favour of the lenders.

As per the recommendations of Narasimham Committee II the second generation of banking reforms was initiated in 1998.

On debt recovery front, in the year 2000 Andhyarjuna committee headed by

Mr. T.R.Andhyarjuna (Former solicitor general of India) was constituted by the government to suggest changes in the existing legal system. It recommended the enactment of laws conferring powers to banks and financial institution for taking possession and sell of securities without the intervention of court for speedy recovery with proper safeguards. It also mentioned that the law should also provide for the creation of new registry jointly by banks and the financial institutions for registration of mortgages and hypothecation of charges. Finally Umarji Committee framed the SARFAESI Act; which came into effect as an ordinance on 21st June 2002 and was accordingly enacted by the Parliament on 17th December 2002. Subsequently the said Act has under gone two major amendments (1) Enforcement of Security Interest and Recovery of Debts Laws (Amendment) Act, 2004.

The act stipulates 4 conditions which are to be met prior to enforcement of rights by a Secured creditor:-

The Act has added more teeth to the existing legislative framework for the lenders to handle their bad Assets with some modifications and Amendments made to this Act.

It is true that the Central Registry helps in checking the creation of multiple charges on the same asset by white collar criminals, but it could not root out the menace in totality .It has definitely reduced  cheating to the financial institutions to a large extent.

A NEED FOR FURTHER REFORMS:

There is a need to create a system where all data base of CERSAI should be made available at the state /district level at the Registration offices, so that no fraudulent transfer of property takes place or fraudulent charge is created on the property to the disadvantage of innocent people other than the financial institutions .Once these changes are brought, it would protect both the lending institutions and common people from the menace of such fraudulent transactions.

We still realize the need for further amendments in the SARFAESI Act to expedite the recovery process, the cause of which may be analyzed as under:-

For taking action under this act lending institutions have to wait for minimum 150 days i.e. the borrower would have to default in the payment of interest and/or installment for a period of 90 days or more. Once the asset is classified as NPA the lender initiates action under the SARFAESI Act, the lender is expected to give a 60 days’ notice to the borrower. In this whole exercise, almost 150 days are lost so to speed up the recovery process there is a strong need to reduce this period. The borrower gets enough time to make strategies to defeat the claim of the lender or he may adopt various illegal/fraudulent means to defeat or delay the claim of the lender.

There are procedural delays while acting under SARFAESI Act as lending institution has to follow the various systems and procedures as laid down in this Act starting from issuance of demand notice to the sale of secured assets. So steps can be taken to bring an amendment to reduce the complications on the process involved. Borrower avoids service of notices by adopting all dubious means and the lender gets frustrated as to catch hold of the borrower.  The borrower takes advantage of this situation and stalls the proceedings under the SARFAESIA by approaching various courts. The process then becomes time consuming and complicated depending upon the volume of work with the court concerned. So a strong need is felt to deal with these issues to avoid the procedural delays for effective recovery under this act. Data reveals that hundreds of cases are pending in various courts like DRT/DRAT/CIVIL COURTS/HIGH COURTS. There is a need to check such practices adopted by the borrowers and need for timely disposal off the court cases as per the prescribed procedures within definite time frame. There is also a need to find out ways to discourage such action on the part of the defaulting borrowers. As per section 17 of the SARFAESI Act Civil Courts and High Courts in general norm should not intervene in such proceedings and matter to be taken care by the DRT/DRAT.

In view of the growing menace of NPAs and frauds in banking industry and in order to check and prevent such NPAs, there is a strong need to review the SARFAESI Act. Suggestions should be gathered from different financial institutions, other stake holders and legal bodies across the country and required amendments should be brought in as soon as possible without further waste of time. This would create a positive atmosphere to expedite the recovery process and curtail the menace of growing NPAs, which will provide stimulus for the financial institutions to focus more on the credit deployment to the productive sectors of economy.