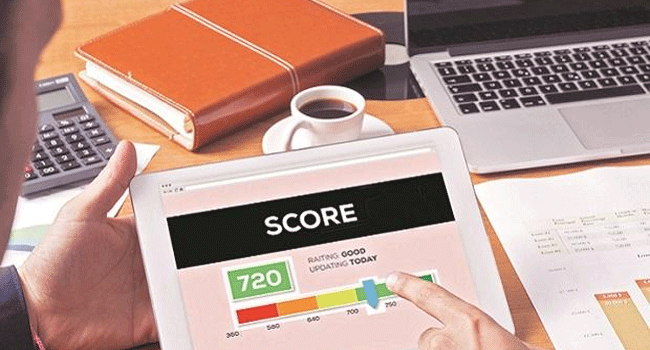 What is credit rating?
Credit rating is a process by which, the riskiness of a credit instrument is assessed and evaluated. This risk assessment is only one of the parameters that is taken into cognizance before investing. Other parameters like price of the security, tenure, options available with the security, tax considerations etc. are also looked into, before making an investment. In short the credit rating is measuring the credit risk associated with a security.

According to S&P- “Credit ratings are judgements of borrowers’ credit worthiness based on relevant risk factors, expressed by a letter grade rating symbol.” Care rating agency states that “Credit rating is essentially the opinion of the rating agency, on the relative ability and willingness of the issuer of a credit instrument, to meet debt service obligation as and when they arise.”

What is the need for a credit rating?
Credit ratings pre warn and caution investors about strengths and weaknesses of a credit instrument. This is becoming more and more important because of the fact that a number of debt issuers are defaulting. A layman investor may not be aware of the risks associated with a credit instrument. He needs some hand holding, some guidance with regards to investment in a particular issue. Credit rating helps this kind of investor with objective assessment of risk linked to that issue.

The credit rating provides a simple comparable string (“AAA”, “AA”, “D” etc) which can be used to make an informed judgement about an issue. The investor himself / herself may not be that much financially literate, so as to analyse the numbers of a company. Individual investor may not have access to all the information that is available with credit rating agencies. This is where credit rating comes into picture. The credit rating helps investors to know the issuer credibility.

Better credit rating means that brokers, financial advisors need to work less to make their clients understand the credibility of the issuer. For the issuer, a good credit rating means that the perceived risk is less in the company and can command a better pricing for its borrowings (This means it can avail loan at lower interest rates). Good rating can also be a marketing tool for the issuer as it can claim about its credibility in front of its prospective investors. It can also significantly reduce the cost of raising money as the marketing and associated costs will be less. Better rated issuers have more confidence and can look for future growth also through expansion. They can easily get funds to achieve this growth. An unknown but better rated issue can also attract enough attention to raise funds.

Credit rating in context of countries also is very important. It helps to know which countries are safer from investment point of view. Many countries want to access funds from international markets, which at times are cheaper. In such a case the country rating again plays an important role. The interest rate that the country may have to pay is at times linked to country rating.

Worsening of credit rating can severely mar the prospect of a company or country to raise funds. The lenders at time find it easier to refer to the credit ratings rather than doing a detailed credit appraisal of the country or company.

Credit ratings also provide a feedback to the issuer about their state of affairs and prompt them to change their behaviour accordingly. A debt laden company with lower rating may be motivated to bring down the overall debt level to a more manageable level.

IL&FS instruments were rated very highly however the company went to NCLT. Similarly the DHFL was rated a very safe issue however it also defaulted on repayment obligations.

Where does the problem lie?
Throughout the world the rated pays the rater and this is one of the biggest problems with the Credit rating agencies. In actuality the rater should be free from any bias in rating but the emolument structure is such that they bias creeps in.

There is oligopoly in credit rating industry and only three rating agencies like- Moodys, Standard & Poors and Fitch command 95% of the market share. There is intense competition in these three rating agencies and to garner more business they may overlook objectivity in the process of rating.

Sometimes the rated companies themselves do not provide data or provide fraudulent data to the rater leading to wrong ratings. In such cases the rating agency may have to depend on public information.

In case of IL&FS the forensic audit was carried out by Grant and Thornton. This audit disclosed a nexus between the key officials of IL&FS and Rating agencies. They have recorded the fact that undue favours and gifts were provided to the rating agencies, to put the skeletons under wrap. They were aware of the issues with the company since 2012 but however decided to keep mum and kept continuously providing good ratings to the company.

As of now there is no dedicated regulator of the rating agencies, which gives them a free hand. A regulatory authority at the helm will help instil a sense of fear and responsibility in minds of rating agencies.

Rating shopping, the rated company shops for the best rating and whosoever promises a more favourable rating at lowest price is given the business. Rating helps the issuer of debt instrument get a cheaper rate of interest for its borrowings. This is substantial over a period of time and the issuer has an inherent incentive to get the maximum possible favourable rating.

There are non disclosure agreements signed by the rating agencies with the issuer which bars them from disclosing all the available information with the public.

How to tackle the problems with Credit rating agencies?
First of all, there has to be a mechanism by which, the credit rating agencies are held liable, for failure to disclose risk of default, in credit instruments of the corporate. This civil liability framework is what is practiced in countries like UK.

There has to be a periodical revision of ratings by rating agencies. Failure to do so will result in lag between the actual credit profile and the last rating. Something similar to this happened in case of IL&FS and Amtek Auto where just before default the companies had very high ratings.

As seen recently the ratings are changed in reaction to a certain event. Rather than this, there has to be a predictive power in ratings, which predict the weakness in financial position in advance.

The rating agencies themselves or through their subsidiaries should be refrained from providing advisory services to the rated companies. There could be an inherent conflict of interest in such cases.

The rating agencies should have enough spine, to not rate an instrument, if the rated company does not share enough material information, with the rating agency.

The assumptions made by the rating agency, in arriving at the rating, should be disclosed to the investors, so that they can make a correct assessment, of the risk involved in the issue.

The fee structure of the rating agencies should be fixed and they should compete on basis of quality rather than pricing.
Rating models should be made more and more objective and there should be very less subjectivity involved in these models.

There can be an “investor pays” model, where the fees of the rating done, is borne by the investors, in the issue on pro rata basis.

Investors should be made aware of the rating process and should not be overtly reliant on ratings per se. They should do their own assessment of companies before investing.

There are some expectations from regulator also like:
There has to be a provision of peer review of ratings, if there is disagreement between the ratings of a company by two rating agencies.

Even without getting paid for them, a minimum number of ratings, of large corporates, should be published by the rating agencies.

Increase the accountability in credit rating agencies so that consumer interests are protected. This will ensure health of the financial system in long run. There has to be monetary and business implications for improper ratings by the rating agencies.

More players should be allowed to enter in the rating industry. The competition and oversight of regulator together will ensure betterment of industry.

There can be mandatory rotation of rating agencies of corporate after a period of time like the auditors are rotated after a given time.