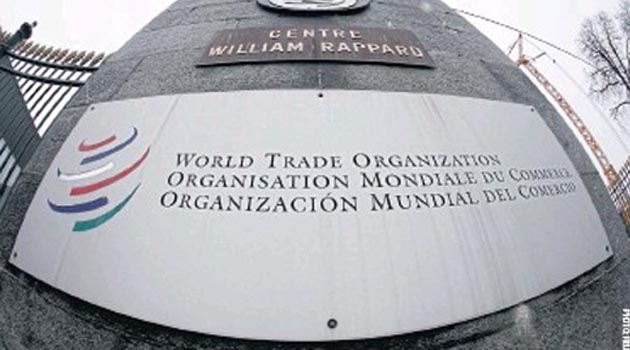 The urgent requirement is there to consider actively the agreements reached at the WTO Ministerial Conferences held in Bali and Nairobi, the importance of implementing those deals, as well as the future work of the organization. It is also heartening to note that at a very recent meeting of APEC trade ministers in Arequipa [Peru], Director-General Roberto Azevêdo welcomed ministers’ engagement and their determination that the WTO should keep delivering negotiated outcomes. During their session on ‘supporting the multilateral trading system’, APEC ministers recognized the significant outcomes agreed at the WTO’s 2015 Ministerial Conference in Nairobi and expressed their desire to deliver further results in the years to come – including at the WTO’s next Ministerial Conference (MC11), which will be held in 2017.

It is also very nice to take note of that the government of Estonia has contributed EUR 20,000 (CHF 22,000) to the WTO’s Doha Development Agenda Global Trust Fund (DDAGTF) in 2016 to help developing countries and least-developed countries (LDCs) improve their participation in global trade negotiations, which includes, among others, organizing training workshops for their government officials both in Geneva and in the regions. This, in turn, will support the shared goal of improving the negotiating capacity of developing and least-developed members — helping them to continue making their voice heard in global trade talks.

Incidentally, it may be mentioned here that Estonia [the second donor to this fund in 2016] has donated overall CHF 280,000 to WTO trust funds in nearly 15 years. It has been a long-term partner to WTO technical assistance programmes. Estonia supported WTO’s Doha Development Agenda DDA GTF, which aims to support developing countries, in particular the LDCs, to enhance their integration into the multilateral trading system and global economy, to improve their capacity to trade and develop by implementing and benefitting from WTO agreements. Obvious enough, taking on commitments in the WTO in line with countries’ economic development is an important step towards global integration and increased prosperity for all.

Undoubtedly, any significant trade deal would bolster confidence in the world economy. On this score it is pertinent to note that the risk of any delaying progress in the WTO is twofold: (a) countries will increasingly look to bilateral and regional free trade arrangements to more quickly reap the benefits of lower trade barriers and (b) the pressure to implement protectionist measures in response to the current economic downturn will be immense. As is known the two biggest problems impeding progress in the Doha Round referred to – continued disagreement over the special safeguard mechanism, used to protect domestic farmers in developing countries from agricultural import surges; and voluntary sector-specific agreements to make deep cuts in manufacturing tariffs.

The developing economies are rightly asking for a greater say in global trade governance. Actually speaking, a global-friendly-environment encompassing bold leadership, good governance and disciplined multi-lateral trade framework is yet to emerge, though of crucial immediate requirement. In fact, it is an international structure and houses a bunch of international laws and agreements in the arena of tariff and trade.

The entire arena deserve to be scanned in order to make this Institution a meaningfully practicable one – on GATS [General Agreement on Trade Related Services], TRIPS [Trade Related Intellectual Property Rights], AOA [Agreement on Agriculture], among others, especially on areas like: anti-dumping and countervailing measures; agreements on trade in goods [textile, clothing], technical barriers, sanitary and phyto sanitary measures TRIMS, etc.

The questions which are being raised now are: whether it is a dictatorial tool of the rich and powerful – does it destroy jobs – does it ignore the concerns of health, the environment and development??? Though the normal standard replies that is given is ‘no’, yet it is to be seen to what extent the same is there de facto.

Considering the fast changing international business scenario and the tremendous importance that WTO carries especially considering the fact that WTO has the most unenviable task of harmonizing inherently militating interests of the poor as well as the rich economies, time is ripe for turning WTO as the impartial global trade monitor. Whether it is China or India, judgement should be there in an impartial manner. The ongoing practises are also not gloomy, rather forward looking.

The merit of every case is to be adjudged neutrally on the basis of which reasonable decision should be taken. Side by side, for petty matters one is expected not to move to the WTO rather the same could be tried to be settled through mutual discussions. If all of the petty matters are taken to the WTO then it would simply be diluted and nothing else.

Actually, the recent financial crisis stemmed from the growing disruptions to the order established after the Second World War and the WTO Director-General Pascal Lamy has rightly been calling for a reform in the entire global economic governance system. After 60 years of erosion of coherence and governance, a number of major deficiencies occurred both within the international system and between national systems and the global system. “Drawing a parallel between the recent financial crisis and the crisis of the 1930s and 40s, we owe it to ourselves to review the entire system of global economic governance,” he rightly observed.

The WTO chief underlay full employment of human resources, development, social progress, a stable monetary system, open trade and environmental sustainability to be the shared objectives for the new order while simultaneously stressing on the need for “a greater degree of explicit renunciation of national sovereignty” to establishing the minimum level of collective restraint and governance. Instruments designed to ensure transparency, legitimacy, coherence and efficiency is also of vital importance to the new global governance.

Let vital matters go forward in a smooth manner and the very purpose of establishment and subsequent existence of WTO is not held back.

Especially, the benefits of WTO must not lose sight of – helping promote peace and prosperity across the globe; settling disputes amicably; rules bringing about greater discipline in trade negotiations and thereby reducing inequalities to a large extent.. India’s participation in an increasingly rule based system in governance of International trade would ultimately lead to better prosperity for the nation. Various trade disputes of India with other nations have been settled through WTO. India has also played an important part in the effective formulation of major trade policies. By being a member of WTO a good number of countries are now trading with India, thus giving a boost to production, employment, standard of living and an opportunity to maximize the use of the world resources.

It is better to mention here simultaneously that free trade agreements can help reduce trade restrictions globally by demonstrating solutions to difficult trade problems, whereas they can also discriminate against countries not party to the agreements and their differing rules can add to the cost of trade.

Sooner, the Better – it is the time to see that countries should address social concerns with non-trade-distorting income support mechanisms that better target recipients without harming other segments of the populace. Multilateral trade and investment liberalization is crucial to not only help the global economy recover but also to reduce poverty and increase grow.

Professor Jean-Pierre Lehmann, [IMD, Lausanne, Switzerland], nicely opined ‘the two most critical priorities on the global agenda, trade and climate change…….Of the two, trade is the moist immediately critical. There is a grave risk that the world economy will collapse into a protectionist spiral. The best means to ensure that this does not happen is to conclude the Doha Round”.