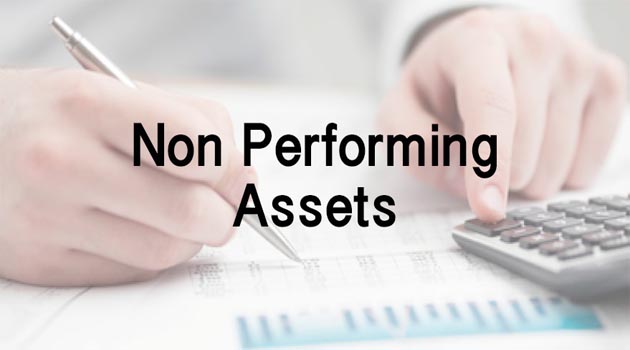 Indian Industry accounts for nearly 26% of GDP and employs nearly 22% of the total workforce. India’s industrial manufacturing GDP output in 2015 was 6th largest in the world.  The Indian industrial sector underwent significant changes as a result of the economic liberalisation in India economic reforms of 1991, which removed  import restrictions, brought in foreign competition, led to the privatisation of certain government owned public sector industries, liberalised the Foreign direct investment (FDI) regime, improved infrastructure and led to an expansion in the production of fast-moving consumer goods Post-liberalisation, the Indian private sector was faced with increasing domestic as well as foreign competition, including the threat of cheaper Chinese imports. It has since handled the change by squeezing costs, revamping management, and relying on cheap labour and new technology. However, this has also reduced employment generation even by smaller manufacturers who earlier relied on relatively labour-intensive processes. The major industries which contribute towards this sector are

Finance is considered as the life-force of industry. Without getting adequate finance industrial development is not at all possible. Due to the lack of adequate finance, industrial development in India could not achieve a significant position and shape. Industries require short term, medium term and long term finance for meeting their requirements of fixed capital expenditure and also to meet their working capital needs.

Following are some of the major sources from which Indian industries are getting their necessary finance in a regular manner:

·         Shares and Debentures: Indian industries are normally raising a major portion of their capital by selling shares in low denominations of Rs. 10 each. Share may be a preference share or an ordinary share. Debentures are also issued in the capital market by the companies and in recent years convertible debentures are gradually becoming more popular.

·         Public Deposits: Another source of industrial finance is the deposit raised from the public. We can find the Ahmadabad textile industry was primarily established on the basis of public deposit. Besides, Cotton Mills of Mumbai and Sholapur. Tea Gardens of Assam and Bengal have also raised their fixed capital in sufficient quantity through public deposit.

·         Commercial Banks: Commercial banks are also offering short-term loans on cash-credit basis on the security of stock and on the additional guarantee of the managing agent. The commercial banks are generally advancing loan for meeting working capital needs of the industries in the form of advancing loan, overdraft, and cash credit facilities against government securities and pledge of stocks.

·         Retained Profits: Retained profits or undistributed profits of the industries are also being ploughed back into the industry for meeting its requirements of replacement, modernisation and expansion.

Long term finance for industries includes those financial resources which are advanced to the industries by the banks for a period of 3 years and above. Long term finance is quite important for the expansion and modernisation of industrial projects and also to meet its fixed capital expenditure requirement. Long term finance is mostly available from the sale of shares and debentures, and loan from term lending financial institutions like IDBI, IFCI, ICICI, Commercial banks etc. Medium term loan is also available from banks and other financial institutions.

The advances given by banks are called assets, which generate income via interests and instalments. Any asset that stops generating income for the bank is a non-performing asset (NPA). Typically, a loan is considered an NPA if the repayment of the interest or principal amount remains overdue for more than 90 days. The ratio of NPAs to total advances given by a bank is a commonly used indicator reflecting the health of the banking system.

In the industrial sector GNPA ratio  increased sharply to 11.9 per cent from 7.3 per cent   between September 2015 and March 2016.Among the major sub-sectors within the industrial sector, ‘basic metal and metal products’ accounted for the highest stressed advances ratio as of March 2016 followed by ‘construction’ and ‘textiles’. On the other hand, annual slippages of major sectors/sub-sectors show that the textiles industry had the highest number of standard accounts slipping into the NPA category at 8.8 per cent, followed by the cement industry at 8.0 per cent.

ANALYSIS OF CAUSES OF NPA IN INDUSTRIAL FINANCE:

Basically the whole problem can be divided into two parts –External problems and internal problems which has resulted stress in most of the industrial finance as faced by the banks.

Apart from the slowdown in India, the global economy has also slowed down. This has adversely impacted the corporate sector in India. Continuing uncertainty in the global markets has lead to lower exports of various products like textiles, engineering goods, leather, gems etc. It can be noted that imports and exports combined equal to around 40% of India’s GDP.A hurt corporate sector is finding it difficult to pay loans. The ban in mining projects, delay in environmental related permits affecting power, iron and steel sector, volatility in prices of raw material and the shortage in availability of power have all impacted the performance of the corporate sector. This has affected their ability to pay back bank loans, ultimately resulting these accounts as NPA in the books of the Bank Accounts.
Internal Problems:

Specific revival measures like SDR, 5:25, S4A have been devised by the regulator for restructuring of industrial finance where the incidence of NPA is high. To improve the resolution or recovery of bank loans, IBC (Insolvency and Bankruptcy Code) has been enacted and SARFAESI (Securitization and Reconstruction of Financial Assets and Enforcement of Security Interest) Act and RDDBFI (Recovery of Debts due to Banks and Financial Institutions) have been amended. Further, six new Debt Recovery Tribunals (DRTs) have been established for improving recovery. The SARFAESI Act allows banks and other financial institutions to auction residential and commercial properties when borrowers default on their payments. This helps the banks to reduce their NPA by recovery and reconstruction.

Looking at the giant size of the banking industry, there can be hardly any doubt that the menace of NPAs needs to be curbed. It poses a big threat to the macro-economic stability of the Indian economy. An analysis of the present situation brings us to the point that the problem is multi-faceted and has roots in economic slowdown; deteriorating business climate in India; shortages in the legal system; and the operational shortcoming of the banks. Therefore, it has to be dealt at multiple levels. The credit sanctioning process of banks needs to go much more beyond the traditional analysis of financial statements and analyzing the history of promoters. For example, banks rely more on the information given by credit bureaus. However, it is often noticed that several defaults by some corporate are not registered in their credit history. Instead of sitting and waiting for a loan to turn to a bad loan, and then restructure it, the banks may officially start to work to recover such a loan. This will obviate the need to restructure a loan and several issues associated with it. Innovative business models will play a crucial role for avoiding slippage of huge amount to NPAs. Right steps, timely and concerted actions and a revival of the Indian economy will put a lid on NPAs. Prevention, however, has to become a priority than mere cure.