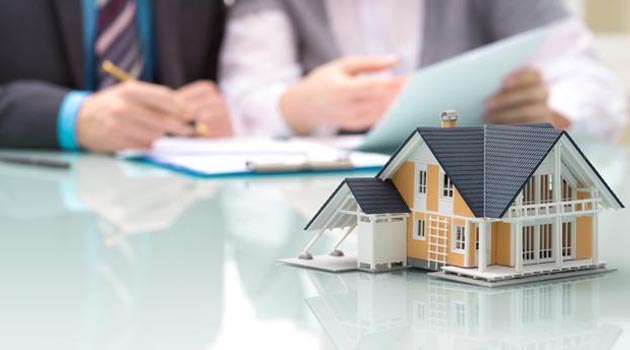 The real estate sector got its own regulator from May 1, 2017 the date when the Real Estate (Regulation and Development) Act, 2016 (RERA) became effective in the entire country. Each state and Union territories will have its own Regulatory Authority which will frame regulation and rules according to the Act. RERA is expected to bring clarity and fair practices that would protect the interest of buyers and also impose penalties on errant builders.

The Real Estate (Regulation and Development) Act, 2016 is an Act of the Parliament of India which seeks to protect home-buyers as well as help boost investment in the real estate industry. The bill was passed by RajyaSabha on 10 March 2016 and by the LokSabha on 15 March 2016. The Act came into force from 1 May 2016 with 59 out of 92 sections notified. Remaining provisions came into effect from May 2017.

According to RERA, each state and Union territory has its own regulator and set of rules to govern the functioning of the regulator. Centre has drafted the rules for Union Territories including the national capital.

What was the need for a regulatory law for the real estate?

The real estate sector has grown in the recent years but has largely been unregulated from the perspective of consumer protection. Though, consumer protection laws are available, the recourse available therein is only curative, but not preventive. This has affected the overall potential growth of the sector due to absence of transparency and standardization.

RERA is expected to bring the much-needed relief to homebuyers as builders will be accountable for the promise they made to the home buyers. To safeguard the interest of home buyers the following provisions are made in RERA

However, in case the promoter consistently defaults or does not comply with the directions/ orders of the Authority as regards registration of the project with the authority, he shall be liable to additional fine of ten percent of the estimated cost of the real estate project or imprisonment upto 3 years or both.

As per section 61 if the prompter defaults any other provision of the Act or the Rules and Regulation made thereunder, he shall be liable to a penalty upto five percent of the estimated cost of the real estate project.

Implementation of the new law is expected to boost the demand in the real estate where unsold inventories have been piling up since demonetization of the high value currency notes.

Here are the ways in which RERA could help homebuyers.

Completion of project on time: Delays in projects are the biggest issue faced by the buyers. The reasons are many and impact is huge. Scores of homebuyers in real estate such as Noida have not been able to get the possession of their apartments even after paying the full amount to builders. Under the new law the promoter of a real estate development firm has to maintain a separate escrow accounts for each of their projects. A minimum 70 per cent of the money from investors and buyers will have to be deposited. This money can only be used for the construction of the project and the cost borne towards the land. In case of delay of project the developers need to pay an interest rate of 2 percentage points above State Bank Of India’s lending rate to home buyers. RERA also prescribe imprisonment of upto three years for errant developers.

Transparency in deals:Developers can’t invite, advertise, sell, offer, market or book any plot, apartment, house, building, investment in projects, without first registering it with the regulatory authority. Furthermore, after registration, all the advertisement inviting investment will have to bear the unique RERA registration number. The registration number will be provided project wise. After registering the project, developers will have to furnish details of their financial statement, legal title deed and supporting documents.

To add further security to buyers, RERA mandates, that developers can’t ask more than 10 per cent of the property’s cost as an advanced payment booking amount before actually singing a registered sale deed.

Quick redressal of grievances: Under RERA, regulatory bodies and appellate tribunals have to be set up in each state to solve builder-buyer disputes within 120 days. Besides, promoters will not be able to change a project’s design without buyer’s consent. Promoters must have the consent of two-thirds of the buyers in a project before making any change in the number of units or other structural changes.

There is no denying fact that RERA is a blessing for the homebuyers. Focusing on the grey areas, which were persistent in the sector and were responsible for property buyers getting duped, the Act contains key reformative measures to safeguard the interest of homebuyers. However, implementing this on ground level is challenging. Foremost challenge faced by RERA is its acceptance among the developer community. They have, time and again, expressed fear that RERA can over-regulate the sector, thus resulting in its eventual strangulation. Also, apparently RERA wants them to follow strict timelines but their time gets lost in following up with government agencies for the various approvals.

Other challenge for RERA is its notification by the respective state government and implementing the same in true spirit. Developers may influence the state government and get the provisions of RERA modified in their favor.The Maharashtra government notified the draft RERA rules in December 2016 and since then, it has been criticized by the activists for being too developer friendly.

RERA is a full-proof scheme to re-build trust, bring in transparency and safeguard the consumers’ interest.The intent of RERA is loud and clear-satisfaction of home buyers and providing them the value for their money. RERA Act will ensure that the homebuyers are adequately protected and the promoters and developers abide by the rules and regulation. It will also try to protect the interest of the homebuyers ensuring speedy redressal of dispute which will help gain confidence amongst the buyers. So in true sense RERA is boon for the homebuyers.