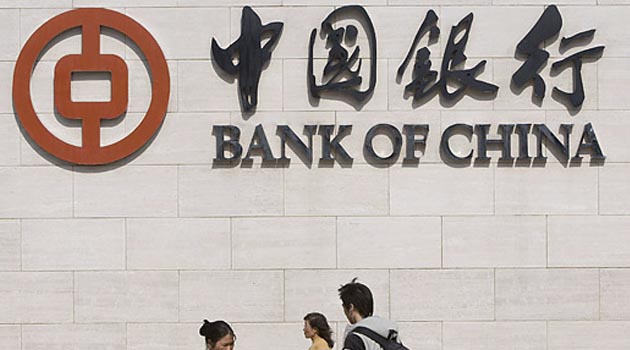 Issuance of negotiable certificates of deposit jumped to 758 billion yuan ($111.5 billion) this week, the most since the securities were introduced in 2013 as a lifeline for smaller banks. The yield on one-month AAA rated NCDs has surged nearly one percentage point this month to an all-time high of 5.05 %, while that on AA+ contracts reached 5.30 %, according to data compiled by Bloomberg.

The increase in NCD costs comes at a tough time for Chinese lenders, which face an unprecedented 4.5 trillion yuan of maturities this quarter. The pressure has been aggravated by the de-leveraging drive, with the one-month Shanghai Interbank Offered Rate climbing for 22 days in a row to a 2 year high.

The certificates are used mainly by smaller lenders — banks outside of China’s top 10 by market value accounted for 76 % of total sales this year.

“The smaller banks have no choice but to take the blow,” said Shan Kun, Shanghai-based head of China markets strategy at BNP Paribas (China). They need to sell NCDs to get financing as they cut leverage gradually and as they have to cope with tighter liquidity this month. The rates will likely continue to climb, or at least stay elevated in the near term.

“When cash supply tightens, small- and medium-sized lenders are usually among the hardest-hit because they lack the retail deposit arsenal of larger banks,” said Yulia Wan, a Shanghai-based banking analyst at Moody’s Investors Service.

They also may not have enough bonds to use as collateral to borrow money in the repo market. The banks need the money to finance longer term and less liquid assets, such as debt and investment in loans and receivables, she added.