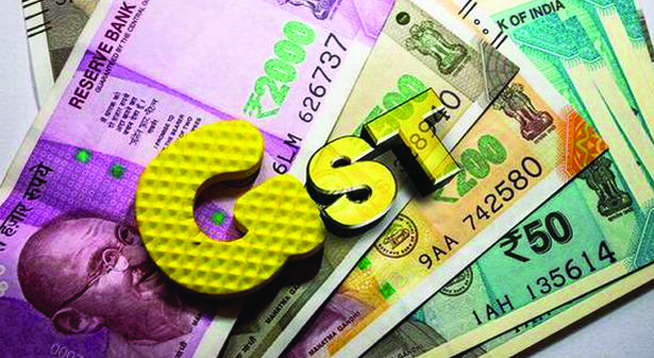 The Congress government in Rajasthan has demanded full compensation to States for loss of revenue on account of the Goods and Services Tax (GST) implementation. The Centre should accept responsibility for the shortfall in GST collections because of downside of the economic cycle and help out the States, it said.

Chief Minister Ashok Gehlot has shot off a letter to Prime Minister Narendra Modi drawing his attention to the Centre’s suggestion that the States resort to borrowing to cover the shortfall. “The Centre’s stand is against the letter and spirit of the constitutional amendment by which the States had given up their right to levy certain taxes as well as the understanding reached in three meetings of the GST Council,” he said.

Mr. Gehlot affirmed that the quantum of compensation to be paid to the States was not an executive decision of the Central government or the GST Council, but was a legal obligation on the Centre under the GST (Compensation to States) Act, 2017.

“The management of Indian economy is the responsibility of the Central government and as it benefits from the upside, it is also expected to accept full responsibility for the shortfall. Recognising the GST loss by assuming a 10% growth over the previous year and attributing the rest to the COVID-19 pandemic is arbitrary and has no legal justification,” Mr. Gehlot said.

The Chief Minister asked in case the States borrowed from the Reserve Bank of India would the latter hold State governments’ debt on its balance sheet as it did that of the Central government and would the loans be interest bearing. “It is inequitable because all RBI surpluses are transferred to the Centre as dividend,” he said.

While the Central government reneged on its promise of paying compensation to the States, it would end up making profit from the interest paid by the States, Mr. Gehlot said. “The Centre should bear the responsibility of borrowing from the RBI and disbursing to the States as compensation. It can continue to collect cess to repay the RBI beyond the five-year period determined for raising of the cess for now,” he said.

Mr. Gehlot requested the Prime Minister’s intervention in the matter for fulfilling the promise made by the Centre while persuading the State governments to accede to the introduction of GST and give up their right to levy certain categories of taxes. He said the ” underlying good faith and trust” should be restored in the fiscal relations between the Centre and the States.