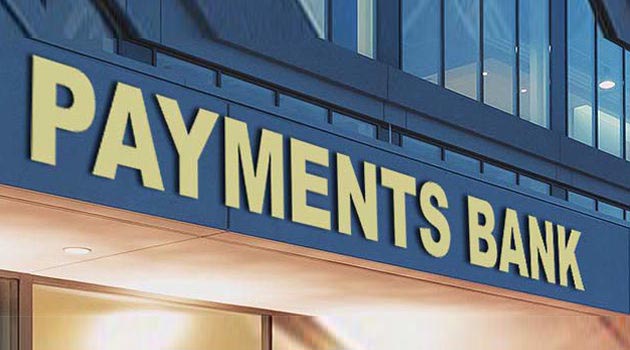 You would have come to a situation when you need to pay cash to your housemaid, car driver or a milkman because he or she does not have a bank account. Individuals like him/her generally send money to family members (who might be residing in his native place, a small village) through known person or by using money order facility. But more and more people like these are becoming mobile phone savvy.

India’s domestic remittance market is estimated to be about Rs.800-900 billion and growing. With money transfer made possible through mobile phones, a big chunk of it, especially that of the migrant labour could shift to this new platform. The payment banks looks to these unbanked people as low hanging fruits to harvest their first customers.

The Indian Banking system consist of 26 public sector banks, 25 private sector banks, 43 foreign banks, 56 regional rural banks, 1589 urban co-operative banks and around 93550 rural co-operative banks in addition to co-operative credit institutions. Public sector banks hold nearly 70% market share thereby leaving comparatively much smaller share for its private peers, thanks to their sovereign ownership, age old presence and branch network rather than service quality and product innovations. The latest entrant in the field is Payment Banks and Small Finance Banks. This is the first time in the history of India’s banking sector that RBI is giving out differentiated licences for specific activities.

How the Payment Banks came to existence?

In Sept 2013, committee on Comprehensive Financial Services for Small Business and Low Households- headed by Nachiket Mor was formed by RBI. Among its various recommendations, it recommended the formation of a new category of bank called Payment Banks. RBI has mandated the Payment Bank to have minimum capital of Rs.100 Crore and to use the word “Payment” in its name to differentiate it from other Banks.

The framework assign to Payment Banks

Do we need Payment Banks?

As discussed above, payment banks are simply deposit taking institutions with no lending operations thereby allowed to open savings and current accounts. But doesn’t a normal bank allowed to do that? Yes, but the difference is a payment bank can now be your mobile service provider, super market chain or a non banking finance company.

Bharti Airtel, with 20 crore subscribers, has nearly the same number of customers as SBI. The transaction done through mobile wallets have tripled over the last two years to Rs.2750 Crore. Payment bank may make the handling of cash a lot easier. For example- you can transfer money using mobile phone to another bank or to another mobile phone holder and also receive funds through your device or you can transfer the amount to PoS terminals at large retailer and take out cash. These will be the entities with fever number of brick and mortar branches and mainly operating through digital platform based mobile applications. Payment technologies have proved hugely popular in other developing countries. In Kenya, the most cited success story, Vodafone’s M-Pesa is used by two in three of adults to store money, make purchase and transfer funds to friends and relatives. In China, mobile apps have mushroomed and started threatening the backward and inefficient traditional banks, so much so that many customers have switched directly from cash transaction to banking through mobile apps.

How Payment Banks will affect the Traditional Ones?

That is just prima facie, imagine the disruption it will create in banking industry if the payment bank of Airtel with more than 20 crore of customer base decides to convert itself into full fledge bank.

Well, what will be impact of payment banks entry on normal banks.

The impact on private banks will be minimal because they have already made strong investment in technology. Also some of the private banks like Kotak Mahindra, Yes Bank and ICICI Bank have tied with some of the companies that have got approval for setting up payment banks and hence will not be affected much. Moreover lower strata people and remittance has never been the potential area perceived by private banks. Whatever may be the loss that will be entirely born by PSBs accruals or future accruals? Out of PSBs also, large PSBs have or will very probably tie up with entities that have received payment bank approval. So the impact will be less on large PSBs and more on mid and small PSBs as incremental deposit growth and market share will under pressure due to payment banks, especially in rural and semi urban areas. Post offices has long been trusted for long term deposits and by offering CASA deposit, they could potentially cannibalize PSB’s CASA share in rural markets which make up around 90-95% of the CASA deposits. PSBs could also lose out from business correspondents. Fino PayTech Ltd, one of the largest BCs, with an established rural network and now a payment bank licence in hand will create strong competition for PSBs in rural areas.

Payment bank could also start offering competitive deposit rates of as high as 6-7% to lure customers. Besides the threat to CASA deposits, competition for PSBs will intensify as payment banks which are backed by digital platforms, adequate capital, low cost innovative and convenient services, will compete heavily for liabilities in rural and semi urban areas. There could be loss of market share in payment transactions and government transfers too.

Can we take on Payment banks- How?

“If you enter in a public sector bank branch, you don’t know which bank branch it is unless you see the logo”- Had such a comment come from just another customer with a savings account, it could be ignored as coming from a demanding person looking for a plush office to transact. But it cannot be ignored as it came from none other than former RBI governor Raghuram Rajan.

Many bankers believe that all the problems PSBs face is related to capital because of stretched Govt finance and bad loans that have piled up due to state induced loans to infrastructure sector following the credit crisis. But the problem with PSBs runs a lot deeper. PSBs have forever been focusing on increasing the size of their lending and deposit with much attention to profitability, customer service, technology and just the sheer ease of transacting. Hardly there is any strategy to capture market share which is the need of the hour and also that should be the parameter to gauge the performance.

Data from India Ratings and Research shows that share of PSBs in the total advance has been falling in the past five years standing as on Mar15 at 71.60% from 79.80% in Mar10 and CASA deposit at 72.90% as on Mar15 from 78.40% on Mar10. Private Banks with offerings of customer convenience in transactions have been steadily growing their CASA share to 25.40% in FY15 from 21.60% five years ago.

“It is not that PSBs do not realise this, but it is a question of how quickly they got their strategy, it is a dog eat dog world.”- said SBI chairperson Arundhati Bhattacharya recently.

As we can see that the two factors which paves the way for new entrants in banking industry are- one is the vast and untapped population (mostly in rural areas) and the low economic strata people which is still not having access to any formal financial system and second is the availability of technology to tap this market. Till lately this segment couldn’t be taped for the reason that there was no such cost effectively mode available but with invent of technology, affordability of mobile phones this is not only possible but also the cost benefit analysis shows the result in green.

India has around 90 crore mobile users and out of which around 70 crore are active users. The total number of mobile subscribers in rural areas are 38 crore.

The technology together with a proper business model in place is the winning age today. The PSBs with a good technology platform in place can very well take on the challenges posed by the payment banks. In fact by the financial inclusion of lower income groups and small businesses, thereby familiarising them with the banking system, there are hopes of greater involvement in the future. Thus contrary to the general perception, payment bank may be beneficial to the banking sector in the long run.

Not a Cake walk for Payment Banks either

A year after the RBI issued in principal approval to 11 payment bank applications, only four have a clear business model in place to start operations in a realistic time frame. Three have already backed out of setting up payment banks as it did not make economic sense to them.

In Mar16, Cholamandalam Distribution Services Ltd surrendered its approval to RBI citing- “competition and long gestation period.” In May Dilip Singhvi of Sun Pharmaceuticals and Tech Mahindra too surrendered their respective in principal approvals. The four remaining payment bank applicant continues to be vague about their business plans. This shows that setting up and running a payment bank in a profitable manner is not an easy game.

In an environment where normal banks that have been functioning for decades are finding it difficult to garner public deposits, payment banks can not actively target large deposit base. Paytm Payment bank which plans to start operations from oct-Nov this year says it plans to start with a basic savings account for its customers, it will continue to drive payments through the mobile wallet for which Paytm is known. While basic transactions will be the key business but it will be by selling third party products through mobile phone only which generates money.

Besides payment banks are only permitted to deposits upto Rs.1 lakh, about 70% which are mandatorily required to be invested in Govt bonds. On an average, the 10 year benchmark bond yield is ranging around 7-8%, which means that these deposits will have to be priced lower than that for a payment bank to earn a margin, as they are not allowed to lend. Moreover the regulator has asked the payment banks to maintain a capital adequacy ratio of 15% from the start of their operations.

Every payment bank is bound to have lower and middle income customer portfolio base who will take their own time to use the digital platform.  While most payment banks will start with one or two products that are close to their previous business models and serves as vantage points, a full bouquet of services for each should emerge in about 5-7 years. Thus the payment bank business is long gestation business where one has to wait for around 10 years to start making money and that also subject to weathering all changes in the eco system. Only players with deep pocket can survive that long period. Also there is a question mark on payment banks viability once customers of PSBs move to UPI interface.

In any business, if the need is not fulfilled by you, somebody else will come and do that. If the vacant space is not occupied by you, somebody else will come and fill that. Same is happening with the traditional banks. They have not included the vast unbanked population and could not offer any easy way of transacting so is the scope of payment bank comes to surface. However it is not too late to remove the deficiencies and equip for newer opportunities.

Lately PSBs has also launched its own UPI apps. The idea, obviously, is to keep the money with themselves and retain the low cost floats. Paytm has been successful because till lately traditional banks do not have that seamless technology to make possible all type of cashless payments.

There is no reason for you to go to a payment bank when your existing bank can provide you all the facilities.

A well thought delivery model backed by secure technology and continues adaption of market requirements through innovative products is what it takes to take on. If we can do that, it would be just one more challenge else it may be a survival threat.