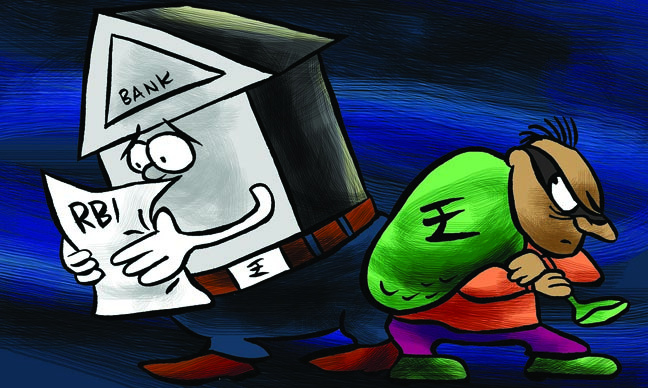 Jeena Jose had taken a prepaid forex plus debit card from HDFC Bank on August 11, 2007, which had a limit of US $10,000. Sometime in the afternoon of December 19, 2008, Jose’s father received a call from one K. Pradeepa claiming to be from the credit cards division of HDFC Bank at Chennai.

She sought confirmation regarding a US $310 transaction attempted on the forex card. After ascertaining with Jeena, her father informed the official that no such transaction had been carried out. Further transactions to the tune of US $6,000 were carried out.

Jose lodged a complaint with the Burbank Ploice Station in Los Angeles on December 24, 2008. Subsequently, on March 4, 2009, the bank sent her charge-slips for 27 of the 29 transactions. The bank’s covering letter stated that “transaction monitoring is done in batch mode, hence transactions were alerted only on day one”. Jose alleged that the bank was aware of the fraudulent transactons but had failed to take action. The bank ignored her representations. So, she filed a complaint before the banking ombudsman, and during its pendency also approached the District Consumer Forum seeking reversal of the transactions amounting to Rs. 4,18,000 together with 12 per cent interest.

The bank argued that the complaint filed by Jeena Jose’s father on the strength of a power of attorney executed in his favour would not be tenable. It alleged that Jeena Jose had not opted for SMS alerts, so the transactions were not intimated at the time they were carried out. The bank blamed Jeena Jose for not keeping her card safely.

Overruling all the objections, the forum held the bank liable to pay the equivalent of $6,110 converted into Indian rupees, along with 12 per cent interest from December 16, 2009 onwards. Additionally, Rs 40,000 was awarded for mental tension and Rs 5,000 towards litigation costs. A 45-day period was given for compliance. Delay in payment would render the bank liable to pay interest enhanced by another 3 per cent, which would be 15 per cent.

The bank challenged the order before the Chandigarh state commission, but its appeal was dismissed. It then filed a revision petition.

The National Commission observed that a complaint can be filed by a power of attorney holder. It also noted that the forex card was in Jose’s possession and was still in her custody, yet the disputed transactions had taken place. It trashed the bank’s allegation that the card could have been stolen and used.

The National Commission agreed with Jeena Jose that it could be due to forgery, hacking, technical glitch or security lapse, which would allow the transaction to occur at some remote destination while the card was still in Jose’s possession.

The National Commission noted that circular DBR No Leg BC.78/09.07.005/2017-18 dated July 6, 2017, issued by the Reserve Bank of India to commercial banks said: ‘A customer’s entitlement to zero liability shall arise where the unauthorised transaction occurs due to contributory fraud, negligence, or deficiency on the part of the bank.’

By its order of December 21, 2020, delivered by C Viswanath, the National Commission upheld the order holding the bank liable to make good the loss.