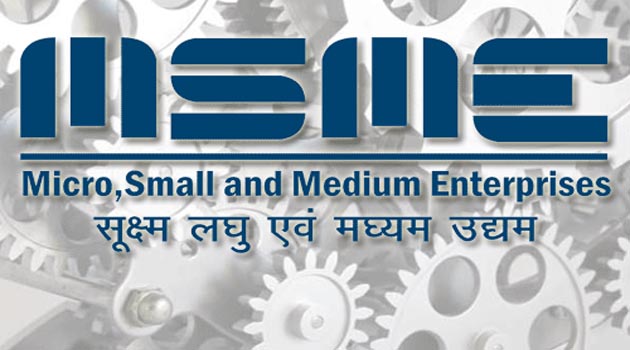 In the session, Mr. K E Raghunathan stated that the Covid-19 pandemic has negatively impacted the lives and livelihoods of the people with loss of life, income, enterprises, jobs, and savings.  In these unprecedented times, Banks and their workforce as frontline warriors have served the community, households, and businesses uniquely.

“We should stay together to get over to tide over this situation. An entrepreneur from the MSME is artificially masked wearing a smile outwardly but inside him, there is a lot of pain,” he expressed.

The speaker pinpointed the government’s approach which has been lethal to the entrepreneurs of the country.

Mr. Raghunathan recollected that “the demonetization wreaked havoc on the country’s dominant informal sector represented by crores of micro, small and medium enterprises with 65% revenue loss and 35% job losses.  The economy slowed down.  Real estate and auto-ancillary units suffered.  MSMEs were redefined and reclassified leading to omissions of many enterprises from receiving governmental support.  Fool-proof data with regard to the number of enterprises and the number of employed was in deficit.”

The speaker also shared that the Productivity Linked Incentive Schemes and foreign investments are being promoted for the big businesses, entrepreneurs in micro and small business segments are being left in the lurch.  Even during these turbulent times, corporate profits are mounting.  Privatisation of profit-making public enterprises was being contemplated that would adversely affect SMEs on the production and supply chains.

“Entrepreneurs have become beggars.  Survival has become a big question for these units,” he said.

“The reasons could be many and they include ineligibility for segments like self-employed, who may not be qualified for schemes such as ECLGS, the inadequate amount in sanctioning, use of loan amount for clearing old dues by the banks which sanctioned the loans, procedural hassles, and stricter conditions, among others,” he said.

Mr. Raghunathan said that the survey revealed that  73 percent of SMBs have not made any profit during FY20; 42 percent were unable to decide on retention of employees; 59 percent reduced/sacked/removed their staff compared to the pre-Covid period (first wave: 37 percent; second wave: 22 percent), and 82 percent felt that the Central and State governments were not looking after their interests.

The report also discussed the laws related to land use by industries, especially MSMEs, that needed a relook for conducive growth of small units. MSMEs should be allowed to hold titles of their industrial properties on a free-hold basis so that they can use them for securing loans and other facilities.

Entrepreneurs who sell their residential properties to set up MSMEs should be given exemption under the IT Act. The requirement to secure a separate factory license to set up a factory on a government-approved industrial estate should be done away with because it leads to red-tapism, it said.

The CIA has also come up with a series of long-term and short-term measures that could come from Central and State Governments to help the Covid-hit small units, he said. The suggestions include extension and relaxation in loans, NPA classifications, refinancing options, opening fair price shops for raw material supplies, ban on exports of steel and cement for six months, refund of exporters’ dues since January 2021, exemption of GST rate of 18 percent for vehicle insurance and medical insurance till March 2022, increase in ECLGS allocation, and relaxation in the norms of eligibility of restructuring.

Mr.Raghunathan said that privatisation of public sector banks will not be in the interest of the MSME sector.

All India Bank Employees Association, the oldest and largest national Trade Union centre of bank employees in India, was founded in 1946. Through the efforts made by AIBEA, bank unions were recognised by the managements and in each bank, many policy issues on recruitment, transfers, and promotions were regulated by mutual agreements.