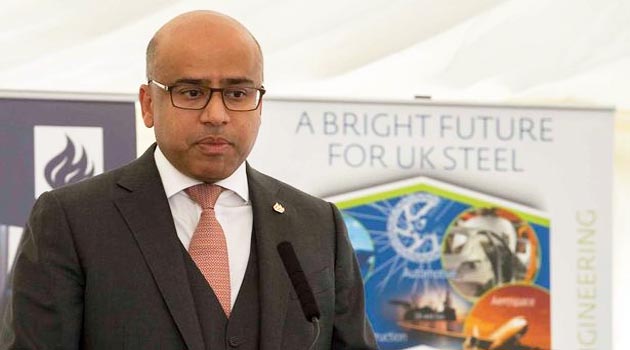 Billionaire Sanjeev Gupta has bought another bank – a UK subsidiary of a Nigerian bank – intending to reshape as a post-Brexit bank to support the UK’s trade with Commonwealth markets.
Gupta leads the London-headquartered $12 billion GFG Alliance group of companies. The acquisition of bank is part of the latest strategy to expand the financial services activities of the GFG Alliance, alongside its other businesses of metals, industrials, power generation, infrastructure and property.

Ludhiana born entrepreneur acquired his first bank, Wyelands Bank, in 2016 to address specific market gaps in financial servicing for mid-sized UK industrial companies wanting to trade with developed economies worldwide. The new bank, which will be renamed the British Commonwealth Trade Bank (BCTB), will address those same gaps for trade in developing economies but within the Commonwealth.

Gupta, clearly eyeing opportunities from Brexit, said: “Post Brexit, there will be a heightened need to provide competitive financing to British companies in the commodities and industrial sectors as they seek to grow in new markets globally. BCTB will aim to be the bridge between borrowers and lenders for trade with these markets.”

“Britain is a nation of traders, and, with the UK government’s new focus on international trade, we hope to play a key role in connecting UK businesses to customers and across the world, especially in the developing Commonwealth markets, where Britain has a long and rich history,” said Gupta.