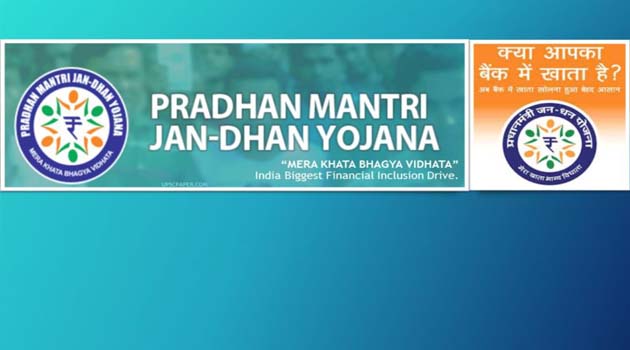 In India, nearly one fourth of population is illiterate as well as Below Poverty Line. Rural poverty is above 30% of population in states like Assam, Bihar, MP, UP, Odisha, Jharkhand, Chhattisgarh & Manipur. Rural poverty can be attributed to lower farm income, lack of sustainable livelihood, lack of skills, under-employment and un-employment. To understand the concept better, let us know the origin and progress of Financial Inclusion in India.

1955: Nationalization of Imerial Bank of India and its conversion into SBI

Great people do not do different things, but, they do things differently. The proverb is rightly matching for launching of Pradhan Mantri Jan Dhan Yojana which is a programme keeping in mind the flaws of earlier programmes under Financial Inclusion with a remedy to induce an unbanked into basic banking stream with minimum service charges. It is a vital step for poverty alleviation with inclusive growth for entire country with more focus on six lakh villages. It is the most ambitious schemes of the Central Government. Pradhan Mantri Jan Dhan Yojana (PMJDY) is National Mission for Financial Inclusion to ensure access to financial services, namely, Deposit Accounts, Remittance, Credit, Insurance, Pension at an affordable price.

Basic Savings Bank Deposit Account can be opened with zero balance taking care of Identity and residence proof. Bank has to issue Passbook to all accounts even if the balance is zero and also to issue personalized RuPay debit card with PIN to all customers. RuPay Debit cards can be issued to blind persons, minor account holders also. In case of illiterate person, only biometric or Aadhar based Rupay cards are to be issued.

According to public opinion, though huge number of accounts (17.90 crores) were opened, the accomplishment of the scheme needs detailed evaluation. Let us understand benefits and adversities of the scheme.

There are some reports of malpractices with respect to Jan Dhan accounts and they should be considered as threat for smooth functioning of the scheme.

Though the concept and objects of the scheme to include the excluded is a great thought, the present status needs extra incessant monitoring for its success. There are strengths and weaknesses in PMJDY. It is time to retrospect the real beneficial progress made in the scheme. So far, there is success in creation of infrastructure in mainstream area. The next phase should be on extending real benefits to the needy people and more focus on small villages and areas where the progress is not much noticed. It is an opportunity to India to set an example to the world as how to execute a simple idea into a grand triumph to transform lives of poor.