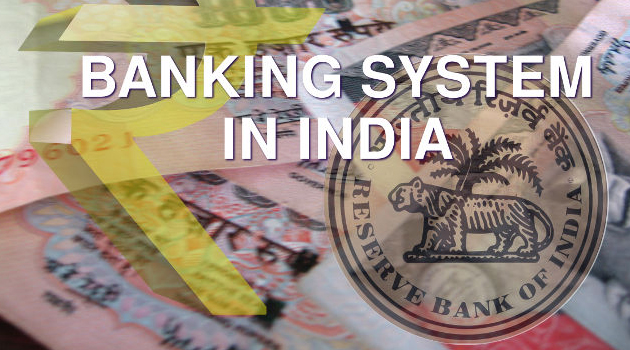 A bank is a financial institution that provides banking and other financial services to their customers. A bank is generally understood as an institution which provides fundamental banking services such as accepting deposits and providing loans. There are also non-banking institutions that provide certain banking services without meeting the legal definition of a bank. Banks are a subset of the financial services industry. A banking system also referred as a system provided by the bank which offers cash management services for customers, reporting the transactions of their accounts and portfolios, through out the day. The banking system in India, should not only be hassle free but it should be able to meet the new challenges posed by the technology and any other external and internal factors. For the past three decades, India’s banking system has several outstanding achievements to its credit. The Banks are the main participants of the financial system in India. The Banking sector offers several facilities and opportunities to their customers. All the banks safeguards the money and valuables and provide loans, credit, and payment services, such as checking accounts, money orders, and cashier’s cheques. The banks also offer investment and insurance products. As a variety of models for cooperation and integration among finance industries have emerged, some of the traditional distinctions between banks, insurance companies, and securities firms have diminished. In spite of these changes, banks continue to maintain and perform their primary role—accepting deposits and lending funds from these deposits.

Need of the Banks

Before the establishment of banks, the financial activities were handled by money lenders and individuals. At that time the interest rates were very high. Again there were no security of public savings and no uniformity regarding loans. So as to overcome such problems the organized banking sector was established, which was fully regulated by the government. The organized banking sector works within the financial system to provide loans, accept deposits and provide other services to their customers. The following functions of the bank explain the need of the bank and its importance:

At the time of first phase the growth of banking sector was very slow. Between 1913 and 1948 there were approximately 1100 small banks in India. To streamline the functioning and activities of commercial banks, the Government of India came up with the Banking Companies Act, 1949 which was later changed to Banking Regulation Act 1949 as per amending Act of 1965 (Act No.23 of 1965). Reserve Bank of India was vested with extensive powers for the supervision of banking in India as a Central Banking Authority. After independence, Government has taken most important steps in regard of Indian Banking Sector reforms. In 1955, the Imperial Bank of India was nationalized and was given the name “State Bank of India”, to act as the principal agent of RBI and to handle banking transactions all over the country. It was established under State Bank of India Act, 1955. Seven banks forming subsidiary of State Bank of India was nationalized in 1960. On 19th July, 1969, major process of nationalization was carried out. At the same time 14 major Indian commercial banks of the country were nationalized. In 1980, another six banks were nationalized, and thus raising the number of nationalized banks to 20. Seven more banks were nationalized with deposits over 200 Crores. Till the year 1980 approximately 80% of the banking segment in India was under government’s ownership. On the suggestions of Narsimhan Committee, the Banking Regulation Act was amended in 1993 and thus the gates for the new private sector banks were opened. The following are the major steps taken by the Government of India to Regulate Banking institutions in the country:-

By the 1960s, the Indian banking industry has become an important tool to facilitate the development of the Indian economy. At the same time, it has emerged as a large employer, and a debate has ensured about the possibility to nationalise the banking industry. Indira Gandhi, the-then Prime Minister of India expressed the intention of the Government of India (GOI) in the annual conference of the All India Congress Meeting in a paper entitled “Stray thoughts on Bank Nationalisation”. The paper was received with positive enthusiasm. Thereafter, her move was swift and sudden, and the GOI issued an ordinance and nationalised the 14 largest commercial banks with effect from the midnight of July 19, 1969. Jayaprakash Narayan, a national leader of India, described the step as a “Masterstroke of political sagacity” Within two weeks of the issue of the ordinance, the Parliament passed the Banking Companies (Acquisition and Transfer of Undertaking) Bill, and it received the presidential approval on 9 August, 1969.

In the early 1990s, the then Narsimha Rao government embarked on a policy of liberalisation, licensing a small number of private banks. These came to be known as New Generation tech-savvy banks, and included Global Trust Bank (the first of such new generation banks to be set up), which later amalgamated with Oriental Bank of Commerce, Axis Bank(earlier as UTI Bank), ICICI Bank and HDFC Bank. This move along with the rapid growth in the economy of India revolutionized the banking sector in India which has seen rapid growth with strong contribution from all the three sectors of banks, namely, government banks, private banks and foreign banks. The next stage for the Indian banking has been setup with the proposed relaxation in the norms for Foreign Direct Investment, where all Foreign Investors in banks may be given voting rights which could exceed the present cap of 10%, at present it has gone up to 49% with some restrictions.The new policy shook the banking sector in India completely. Bankers, till this time, were used to the 4-6-4 method (Borrow at 4%; Lend at 6%; Go home at 4) of functioning. The new wave ushered in a modern outlook and tech-savvy methods of working for the traditional banks. All this led to the retail boom in India. People not just demanded more from their banks but also received more. Currently (2007), banking in India is generally fairly mature in terms of supply, product range and reach-even though reach in rural India still remains a challenge for the private sector and foreign banks. In terms of quality of assets and capital adequacy, Indian banks are considered to have clean, strong and transparent balance sheets as compared to other banks in comparable economies in its region. The Reserve Bank of India is an autonomous body, with minimal pressure from the government. The stated policy of the Bank on the Indian Rupee is to manage volatility but without any fixed exchange rate-and this has mostly been true. With the growth in the Indian economy expected to be strong for quite some time-especially in its services sector-the demand for banking services, especially retail banking, mortgages and investment services are expected to be strong.

In March 2006, the Reserve Bank of India allowed Warburg Pincus to increase its stake in Kotak Mahindra Bank (a private sector bank) to 10%. This is the first time an investor has been allowed to hold more than 5% in a private sector bank since the RBI announced norms in 2005 that any stake exceeding 5% in the private sector banks would need to be voted by them. In recent years critics have charged that the non-government owned banks are too aggressive in their loan recovery efforts in connection with housing, vehicle and personal loans. There are press reports that the banks’ loan recovery efforts have driven defaulting borrowers to suicide.

Banks operating in most of the countries must contend with heavy regulations, rules enforced by Federal and State agencies to govern their operations, service offerings, and the manner in which they grow and expand their facilities to better serve the public. A banker works within the financial system to provide loans, accept deposits, and provide other services to their customers. They must do so within a climate of extensive regulation, designed primarily to protect the public interests.

The main reasons why the banks are heavily regulated are as follows:

Banking law is based on a contractual analysis of the relationship between the bank and customer—defined as any entity for which the bank agrees to conduct an account.

The law implies rights and obligations into this relationship as follows:

These implied contractual terms may be modified by express agreement between the customer and the bank. The statutes and regulations in force within a particular jurisdiction may also modify the above terms and/or create new rights, obligations or limitations relevant to the bank-customer relationship.

Currently in most jurisdictions commercial banks are regulated by government entities and require a special bank license to operate. Usually the definition of the business of banking for the purposes of regulation is extended to include acceptance of deposits, even if they are not repayable to the customer’s order—although money lending, by itself, is generally not included in the definition.Unlike most other regulated industries, the regulator is typically also a participant in the market, i.e. a government-owned (central) bank. Central banks also typically have a monopoly on the business of issuing banknotes. However, in some countries this is not the case. In UK, for example, the Financial Services Authority licenses banks, and some commercial banks (such as the Bank of Scotland) issue their own banknotes in addition to those issued by the Bank of England, the UK government’s central bank.

Some types of financial institutions, such as building societies and credit unions, may be partly or wholly exempted from bank license requirements, and therefore regulated under separate rules. The requirements for the issue of a bank license vary between jurisdictions but typically include:

Classification of Banking Industry in India

unorganized sector, which is not homogeneous, is largely made up of money lenders and indigenous bankers.

An outline of the Indian Banking structure may be presented as follows:-