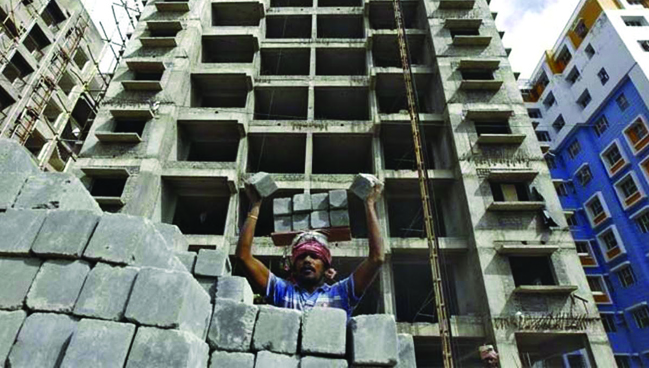 Like other industries, the construction sector was also severely impacted after the nationwide lockdown was imposed in late March. The unavailability of workers (a majority being migrants) coupled with the rising cost of materials were additional blows. Projects were stalled, delivery dates pushed, and several buyers postponed their decision to buy a property.

Market sentiment in Q2 2020, according to the Knight Frank-FICCI-NAREDCO Real Estate Sentiment Index Survey, dropped to its lowest at 22. The sentiment score had hit a low of 31 in Q1, but with the impact of the crisis becoming more apparent in Q2, sentiments slid further.

According to Shishir Baijal, CMD, Knight Frank India, quoted in the report, some macroeconomic indicators have shown marginal improvement. This coupled with the coming festive season has improved sentiments even though they still remain “in the pessimistic zone”. He says the few stimulus measures announced by the RBI and the government have provided some reprieve, but there is a need for further demand-boosting measures such as tax benefits for buying and renting a house, ease of credit availability, and so on.

After June, construction activities resumed in many places in a phased manner. The RBI’s announcement on lowering interest rates, the reduction in stamp duty and registration charges in many States, and the six months loan moratorium appear to have helped marginally.

Many States are already claiming to have registered more properties sales compared to the March-June period, says Gurumurthy.

The first signs of recovery in the residential market will emerge in the affordable and mid-segments across top cities, says Gurumurthy. “More than 50% of the prospective home buyers we surveyed are likely to buy their dream house within the next six months. The markets of Hyderabad, Pune and Chennai provide indications of relatively healthy inventory management in terms of average construction period and YTS (years to sell). Recovery signs may appear first in the southern markets of Bengaluru and Chennai,” he adds.

“While there was initial ambiguity among buyers, the Covid situation has made many realise the importance of owning their own home,” says Eshwar N, Chief Marketing Officer, Casagrand. He adds that lower interest rates on home loans and some attractive deals are the reasons behind the realty segment seeing these revival signs.

With several States mulling a reduction in stamp duty charges, this could work in favour of both builders and buyers. Maharashtra has been the first to announce a cut in prices and according to Prashant Thakur, Director & Head – Research, Anarock Property Consultants, ready-to-move-in homes are now the most compelling option for home buyers in MMR and Pune. “The combination of GST exemption, reduced stamp duty, and the lowest home loan interest rates (in almost two decades) are favouring ready homes. If we factor in ongoing incentives being offered by developers, buyers focussed on ready homes are at a distinct advantage,”

In the under-construction category, properties due to be completed are the next best bet. While these are not exempt from GST, they are invariably priced 5-10% lower than their ready-to-move-in counterparts, adds Thakur, based on a recent report.

Developers have been pushed to think beyond the repercussions and understand the changing needs of buyers, says T. Chitty Babu, Chairman and CEO, Akshaya. The real estate market in Chennai can see a change in fortunes due to the proposed expansion of industries, and manufacturing and commercial activity in the State. “It will be important to understand the change in consumer behavioural patterns in the post-Covid era. Hygiene, safety, comfort, and convenience will take centre stage and its effect will rub off on developers,” he says.

Across the board, ongoing projects were delayed and completion deadlines pushed indefinitely. Now, developers are slowly getting back on track. “We resumed construction after labour and construction materials became available again. Work has resumed with new deadlines,” says Eshwar of Casagrand.

Liquidity, already a concern before the pandemic, worsened after March as lenders delayed disbursements to buyers and developers. According to Mittal, projects will be delayed by six to eight months on average, and RERA has extended all project timelines by six months.

This is why buyers now prefer completed projects over under-construction ones. “Over the last couple of months, activity has picked up and developers have 80-90% of labour back on site. Going forward, we expect fewer delays,” he says.

The slew of MoUs signed by the government, inviting investors into the State, can further drive demand for residential spaces in Chennai. “New project launches continue to be delayed but real estate activity is expected to pick up,” says Babu.

He adds that millennials are moving into apartments in urban locations and are not open to PG digs or shared living. “This year, affordable and mid-segment homes will see more demand than villas and luxury homes. The trend will change once things return to normal. Ready homes will help revive the city’s housing market in the upcoming festive season,” says Babu