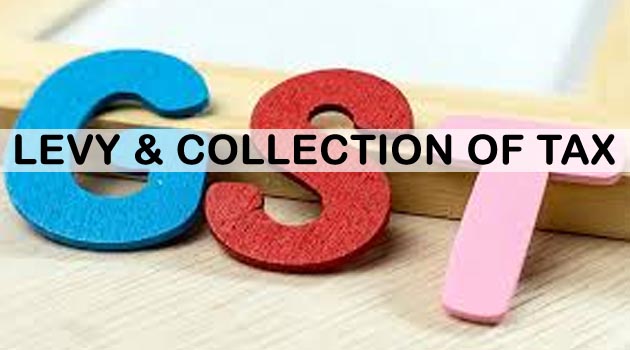 In this issue we will discuss certain important aspects of Levy and Collection of Tax under GST Regime. The issues like Liability under GST, Registration process, GSTN, Roles & functions of GST Council, a bird’s eye view of GST Rates for goods are discussed here. Other aspects such as Rates in respect of services, Items exempted from GST, rate structure in brief, impact of rates on various items of goods or services,  legal aspects of levy and collection will be discussed in subsequent issues.  Here matters are discussions are made in the form of FAQs for quick reference and better understanding of the readers.

So if you have not registered your business under GST or if you are a new business without having a VAT or service tax or excise registration, you must get your business registered as per law and within the time limit prescribed for it.

GST Registration status may give you certain idea about the need of registration. AS per Revenue department report, about 60.5-lakh entities have been registered in the GSTN (Goods and Services Tax Network) system up to 30th April. The process of registration of the taxpayers in the GSTN portal was suspended on April 30.  As notified by the Government the registration process would reopen for 15 days from June 1, 2017 for remaining taxpayers to be enrolled under GST. The government intends to roll out GST (the Goods and Services Tax) w.e.f 1st July 2017.

Let me mention briefly what the GSTN is meant for. The GSTN is a unique and complex IT initiative and portal designed and developed by the Ministry of Finance, Govt. of India to establish a uniform interface for the tax payer and a common and shared IT infrastructure between the Centre and States. The GSTN portal has been taken as a trusted National Information Utility (NIU) which provides reliable, efficient and robust IT Backbone for the smooth functioning of the Goods & Services Tax system.

The system is expected to process 3.5 billion invoices every month, with the country’s 8 million taxpayers required to file about 37 tax returns every year in the GST Regime. .

The necessary training has been conducted by CBEC in respect of GST Registration, Returns and Payment Modules developed by GSTN; GSTN has also conducted a pilot training on GST System Software, where about 3,200 taxpayers drawn from each state/UT and Centre have participated

GST Rates are finalized by the Central Government and the State Governments on the basis of recommendation of GST Council. As per Article 279A (1) of the amended Constitution, the GST Council has been constituted by the President of India within 60 days of the commencement of Article 279A. As per Article 279A of the amended Constitution, the GST Council is a joint forum of the Centre and the States. The Parliament in April passed four bills to implement the tax, while the GST Council has finalized rules and procedures regarding tax refund, registration; invoice debit and credit, input-tax credit, valuation, transitional provisions and composition for final approval by the Government and necessary notification thereof. GST rates for Levy and collection are recommended by GST Council.  Importantly GST Council consists of a) Union Finance Minister- Chairperson, b) The Union Minister of State, in-charge of Revenue of finance- Member, c) The Minister In-charge of finance or taxation or any other Minister nominated by each State Government Members.

The mechanism of GST Council would ensure harmonization on different aspects of GST between the Centre and the States as well as among States. It has been specifically provided that the GST Council, in its discharge of various functions, would be guided by the need for a harmonized structure of GST and for the development of a harmonized national market for goods and services. The GST Council is to establish a mechanism to adjudicate disputes arising out of its recommendation or implementation thereof. The Council has so far made recommendations to the Union and the States on important issues related to GST, like

The fitment of rates of goods was discussed today during the 14th GST Council meeting held at Srinagar, Jammu & Kashmir for two days -18th & 19th May 2017. The Council has broadly approved the GST rates for goods at nil rate, 5%, 12%, 18% and 28% to be levied on certain goods.  Reportedly the GST Council on 18-5-2017 finalised tax rates on 80-90% of goods and services under the above-mentioned four-slab structure fitted in 5, 12, 18 or 28% brackets with essential items of daily use being kept in the lowest bracket of 5%.

In the said meeting the Council headed by Union finance minister and comprising representatives of all states, also approved rules for the Goods and Services Tax (GST) regime that is scheduled to kick in from 1 July. The fitments, as observed by the GST Council, have been done in a way that there is no increase in tax incidence. So rates close to the present incidence of excise duty plus VAT or service tax has been considered to be the rate under the GST.

For the purpose of deciding GST Rate Structure, GST council has council has prepared GST Rate Schedule classifying and grouping for goods and commodities into about 98 chapters.  Goods and commodities specified in the schedule have been fitted under rates slabs of 0, 5%, 12%, 18% and 28% to be levied on the on the supply of goods and commodities specified therein. Following is an example of distribution of items and goods for the rates under various slabs the Goods and Services Tax (GST) Council on 18th May 21, 2017decided the tax rates for 1,211 items, a majority kept at 18%. Pertinently the rates on gold and beedi remained undecided.

The products which are used on a daily basis such as food grains, hair oil, soaps and toothpaste as also electricity will cost less from July 1 when the GST is scheduled to be rolled out.

It is also learnt that while meat, fresh vegetables, honey, jaggery, prasadam, kumkum, bindi, pappad and contraceptives have been exempt from GST levy, items like pizza bread, sevaiya, condensed milk, frozen vegetables will attract 5 percent levy, as per the items list put on CBEC website on Thursday.

GST on coal has been brought down to 5% from the current tax incidence of 11.69%, thereby making electricity generation cheaper.

Common use products like hair oil, soaps and toothpaste will be charged with a single national sales tax or GST of 18 per cent instead of present 22-24 per cent tax incidence through a combination of central and state government levies

According to Sri Arun Jaitley, “the Centre and states have decided on rates for specific products which may lead to lower prices for a majority of products of mass consumption. The idea is to ensure that the impact of GST is not inflationary. Rates on 1,211 items were finalized by the GST council with 81% facing a levy of up to 18%”. He also added that there is no increase (in burden) on any commodity. On many commodities, there is a reduction in tax rates and tax-on-tax will also go away, lowering the burden.  Justifying the rates he also said that “One criterion in mind is that the overall impact should not be inflationary … We are banking on GST checking evasion and buoyancy in collection“.