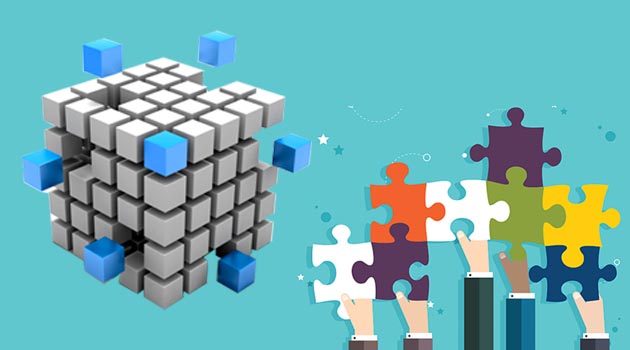 In the late 1980s, the World Council of Credit Unions (WOCCU) 1 embarked on a new strategy to renovate and strengthen credit unions. WOCCU had come to realize that donor-funded lines of credit, and that donor funding did not provide a good framework around which to build sustainable institutions. Initially, WOCCU staff tried to adapt the US CAMEL2 ranking system to the credit unions in Guatemala, but found that several modifications were needed. CAMEL ratios intend to protect the solvency of institutions and the safety of member deposits. In addition, credit union mangers needed to monitor growth of total assets, seen as key to addressing the problems resulting from monetary devaluations and runaway inflation. In essence, PEARLS was designed first as a management tool, and later became an effective supervisory mechanism. With PEARLS, WOCCU has set international financial standards for credit union performance.

Many different financial ratios and “rules of thumb”3 have been promoted for financial institutions worldwide, but few have been consolidated into an evaluation programs that is capable of measuring both the individual components and the system as a whole. Since 1990, the World Council of Credit Unions, Inc. has been using a set of financial ratios known as “PEARLS.”4 Each letter of the word PEARLS measures key areas of Credit Union

The use of the PEARLS evaluation system accomplishes the following objectives

Executive Management Tool: Monitoring the performance of the credit union is the most important use of the PEARLS system. For example, the PEARLS system is capable of identifying a credit union with a weak capital base, and can also identify the probable causes (e.g., insufficient gross income, excessive operating expenses, or high delinquency losses). Use of the system permits managers to quickly and accurately pinpoint troubled areas, and to make the necessary adjustments before problems become serious. In essence, PEARLS is an “early warning system” that generates invaluable management information.

Standardized Evaluation Ratios and Formulas: The use of standardized financial ratios and formulas eliminates the diverse criteria used by credit unions to evaluate their operations. It also creates a universal financial language that everyone can speak and understand. One result can be enhanced communication that facilitates a greater understanding of the main concepts along with a commitment to achieve greater uniformity in the quality and strength of each individual credit union, by improving deficient operational areas.

Comparative Rankings: The PEARLS performance indicators produce a completely new type of information: comparative credit union rankings. Historically, it was impossible to compare one credit union with another due to the diverse criteria and reporting formats that existed. One particularly important aspect of the PEARLS comparative rankings is its objectivity. This differs from the U.S. CAMEL system that gives management a numerical rating based upon the examiner’s overall subjective judgment. By avoiding subjective assessments, it is possible to present objective reports to the credit unions that are substantiated by financial information taken from their balance sheets. The objective ranking system permits open discussion of problems with Boards of Directors and management and can also become more focused in seeking solutions to the problems affecting their institutions. It is particularly useful in situations where a credit union is at the bottom of the ranking scale.

Facilitate Supervisory Control: In addition to its usefulness as a management tool, the PEARLS system provides the framework for a supervisory unit at the National Federation. National Associations can use the financial ratios generated by PEARLS to conduct quarterly or monthly analyses of all key areas of credit union operations.

COMMERCIAL AND SOCIAL IMPACT OF PEARLS

Commercial and Social Impact of PEARLS

The PEARLS system can be adapted to the specific needs of mature or emerging Credit Union Movements. An early attempt was made to adapt the U.S. CAMEL ranking system to credit unions by the World Council of Credit Unions, Inc., but too many modifications were needed6. In particular, the CAMEL system possessed two major deficiencies that limited its effectiveness:

The failure of the CAMEL system to evaluate financial structure and growth is indicative of its current application in the United States. CAMEL was created as a supervisory tool, not a management tool. The main concern of the CAMEL ratios is to protect the solvency of the institution and the safety of member deposits. It is not designed as a tool for the analysis of all key areas of credit union operations.

The PEARLS system is uniquely different. It was first designed as an effective supervisory mechanism. Each letter of the name “PEARLS” looks at a different, but critical aspect of the credit union.

P = Protection: The PEARLS system evaluates the adequacy of protection afforded to the credit union by comparing the allowance for loan losses to loan delinquency. There are six sub ratios under Protection7 which are explained as under Table 2 with its formula and standard of excellence.

The indicators in this section measure the composition of the most important accounts on the Balance Sheet. An effective financial structure is necessary to achieve safety, soundness, and profitability, while at the same time, positioning the credit union for aggressive real growth.

R = Rates of Return and Costs

These indicators measure the average income yield for each of the most productive assets of the Balance Sheet. In addition, they measure the average yield (cost) for each of the most important liability and capital accounts. The yields are actual investment returns and not the typical “spread analysis” yields that are figured on the basis of average assets. The corresponding yields indicate whether the credit union is earning and paying market rates on its assets, liabilities and capital. There are twelve sub ratios under Rates of Return and Costs which are explained as under Table 1.5 with its formula and standard of excellence.

Ratios under Rates of Return and Costs

The liquidity indicators show whether the Credit Union is effectively managing its cash so that it can meet deposit withdrawal requests and liquidity reserve requirements. In addition, idle cash is also measured to insure that this non-earning asset does not unduly affect profitability. There are three sub ratios under Liquidity which are explained as under Table 1.6 with its formula and standard of excellence.

The indicators of this section measure the percentage of growth in each of the most important accounts on the financial statement, as well as growth in membership. In inflationary economies, real growth (after subtracting inflation), is a key to the long run viability of the Credit Union.  The Signs of Growth ratios are shows as under Table 1.7.

Ratios under Signs of Growth

PEARLS is a financial performance monitoring system designed to offer management guidance for credit unions and other savings institutions. PEARLS is also a supervisory tool for regulators. PEARLS can be used to compare and rank institutions. PEARLS is a set of financial ratios or indicators that help to standardize terminology between institutions. In total, there are 44 quantitative financial indicators that facilitate an integral analysis of the financial condition of any financial institution. The purpose for including a myriad of indicators is to illustrate how change in one ratio has ramifications for numerous other indicators. Each indicator has a prudential norm or associated Standard. The target Standard, or standard of excellence for each indicator is put forth by the World Council of Credit Unions, Inc. (WOCCU) based on its field experience working to strengthen and modernize credit unions and promote savings-based growth. Depositors can have confidence that savings institutions that meet the standards of excellence are safe and sound. PEARLS, primarily a management tool for institutions, can also be used as a supervisory tool by regulators.8 As a management tool, PEARLS signals problems to managers before the problems become detrimental. For boards of directors, PEARLS provides a tool to monitor management’s progress toward financial Standards. For regulators, PEARLS offers indicators and standards to supervise the performance of savings institutions.