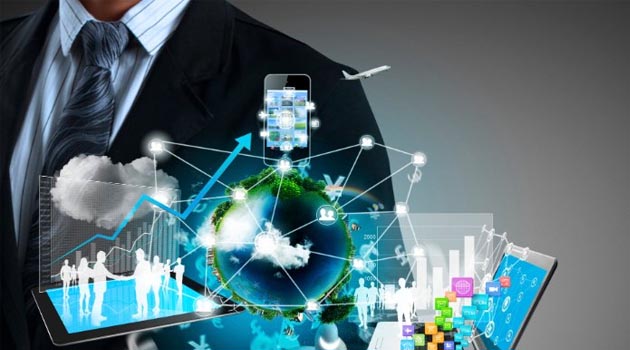 Is it not a fact that financial system is one of the most important inventions of the modern society – the  primary task being to move scarce bendable funds from those who save to those who borrow to buy goods and services and to make investments in new equipment and facilities so that the overall economy can grow, backed by stability and at the same time increase the standard of living?

The financial system determines both the cost of credit and how much credit will be available to pay for the thousands of different goods and services. As such: the happening in this system has a powerful impact in the health of the overall economy – regional or global.

As the matter stands today: recent recession has taught a good lesson. The financial world has to be more cautious than ever before in as much as the fluctuations cannot be wiped out. Still a number of economies are striving hard to tackle the economic front [Hungary, Greece, Cyprus, Spain, Italy, and Portugal, among others] and naturally any laxity could invite further problems.

That is to say the time is especially ripe to have more updated internal risk-management process. Newer risks have surfaced over time and the capital markets [where the banks are still the major players] cannot simply be expected to behave as per one’s expectations. That is why constant watch over the trends should continue to be there.

Basel III is, no doubt, a good attempt to reinforce the financial sector, among others. The regulators as well as the policy makers have to remain on alert in spite of the fact that a number of corrective measures that were being taken had been found to be reality-based and market-oriented.  Breathing easier, however, is just a temporary affair in as much as the problems remain manifold and that no short cut solution is there to stop recurrences.

Intensive risk Management efforts are to continue and newer threats sooner detected the better. Signs of recession, slowing down of the pace of economic   growth / activity are very much alive inclusive of those biggies in Asia [viz. India, China, Japan and Singapore in particular].

Immediate systemic failure of the banking system / risks may be said to have receded, but the threats loom large in as much as there remains many unknown factors still to be countered. How effectively and how fast the upcoming plans would be implemented still remains unclear. For example, the future of hedge funds – a major collapse of $ can trigger a systematic shock. Side by side, big liabilities in the credit-default swap market are no less capable of triggering the financial accident.

That is equally true for the investment banks.

The importance of such banks do not call for fresh mentioning – an investment bank is an intermediary that performs a variety of financial services that include : underwriting; acting as an intermediary between an issuer of securities and the investing public; facilitating mergers and other corporate organizations as well as act as a broker for institutional clients. Unique role of an investment bank resumes with pre-underwriting, counselling and continues after the distribution of securities in the form of advice. The Goldman Sachs [ founded in 1879 and became a listed company in 1999 having been a partnership that provided securities and investment management services plus investment banking ] and Morgan Stanley [ founded in 1935 and merged with Dean Witter, Discover & Co in 1997 functioned in the arena of institutional securities, wealth management and asset management ] – the last two investment banks in the U S since changed their status to become bank-holding companies, which, in turn, allowed them to accept deposits from the investors. This sort of change would allow them to raise more funds by opening commercial banks and this move, part of the restructuring efforts on Wall Street, also gave them access to Federal Reserve support.

To what extent the institutions like Goldman Sachs, under Federal Reserve supervision, will be regarded as an even more secure Institution with an exceptionally clean balance sheet as claimed would be watched realistically henceforth.

In fact the financial melt down had been shaking the entire world this way or that. Policy makers, no doubt, have also been watching the recent development very intensively so that economy’s growth momentum should not be lost. After too much foot-dragging, uncertain occurrences as well as ominous signals it appears that at last we have arrived at a coherent and credible approach to, at least, prevent the recurrence of collapse of the major banks of Europe and U S. No doubt, given the ongoing facts and circumstances, the steps taken so far are no doubt most practical and direct solution, apart from ideological dimensions – both the US’ and European countries had been undergoing the recapitalisation route.

Factors that cause financial crisis still hover around. Recession is over, but the effects cannot be said to have vanished! In fact,  financial crisis can be caused by, among others, increase in interest rates; increase of uncertainty; asset market effects on balance sheets; problems in the banking-financial sector and of course Government’ fiscal imbalances. Theselead to adverse selection and moral hazard problems worsening, which, in turn, pave the way for declining economic activity, bank panics, unanticipated decline in price level [ recession looms large], foreign exchange crisis.

Actually it is confidence that emerges as the greatest casualty of market crisis. To what extent snap shot measures would ultimately act as the saviour / shore up business confidence is to be watched. At times the uncertainty factor became so strong that the leading financial institutions hesitated to credit smaller banks, which, in turn, failed to re-credit business or simply did not want to risk it. Private customers did suffer as well.

Unless the global banking system, which happens to be the monetary circulation system for the non-financial sector of an economy, resumes higher credit business, the current economic situation and thereafter the recession possibilities stricken by the confidence crisis  could well emerge as a reality.

Whatever is, the damage from further meltdown, if revisits, will be more tough – not only for the financial world, but for households and companies – the degree being different at best. Naturally, it is high time that the international cooperation should come up with larger vigour as global cooperation on this score is urgently awaited backed by experience sharing. If the world again faces recession [too much of inflation control may lead to], it will be a very hard nut to crack!

Though the fact remains that credit crisis and the high interest rate regime told upon investment as the same simply started drying up, yet considering the ongoing facts and circumstances the entire process is to be run very cautiously in as much as increased spending means more importing of capital equipments, which, in turn, leads to slim current account surpluses and reduce global imbalances.

Balancing between spending and tax initiatives is to be maintained on the one hand, while on the other the focus is reasonably expected to be on to help the poor economies simultaneously treating investments that would also benefit Europe and US in the long run.

The IMF is absolutely right in advising strong policy actions to mend the financial sector and macro-economic measures [monetary plus fiscal measures] so as to stimulate effective demand and by now almost all economies have been pursuing these policies without being able to put a brake on the downturn. ‘A unified approach’ to financial problems and ‘strengthening the fiscal framework’ requires a good bit of attention by all of the economies – big or small. If the Government policies fail to dispel uncertainty, reduced demand for consumer and capital goods would continue to prevail as a result of postponing expenditures by the household and business wing!

The ongoing situation / happenings, thus, are to be watched intricately and as such countering the same calls for global cooperation at an unprecedented pace. Prevention of large scale bank collapses is a must.

Dr Mukhopadhyay, a noted Management Economist, and an International  Commentator on Global Economic and Business affairs, is presently the Director, Netaji Subhas Institute of Business Managenemt, Jharkhand. He can be reached at [email protected]