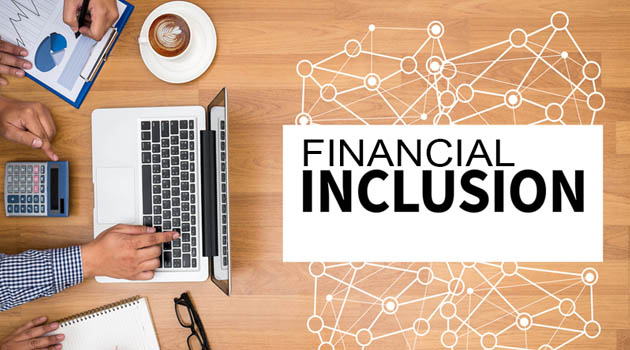 Mr. X has been recently appointed as Branch Head of a   small Branch namely Salamatpur  ( M .P.)  Being a prudent Banker he knows that business can only be developed and targets can be achieved through strategic planning and continuous efforts.   He was more focused on the Government sponsored schemes as he hails from rural areas. The efforts need to be converged so as to cover the various aspects of PMJDY, like availing of Micro Credit, Insurance & Pension.  It was his firm belief that MSME are core sector for real development of the rural areas as they can be started from small amount and  job oriented, which is need of the hour for our Country.   There was hue and cry amongst banks  for recent BSBDA/BSBDS accounts.  Everybody is having negative mindset for this .While analyzing the renewal of  Pradhan Mantri Suraksha Bima Yojana ( PMSBY) and Pradhan Mantri Jivan Jyoti Bima Yojana ( PMJJBY) Mr. X  could observe that  there are total 618 accounts opened in his branch under BSBDA/BSBDS scheme under financial inclusion.  Following is the position of the Insurance renewal under these accounts:

So, total 104  insurance policies have been renewed out of 618 account opened so far.  This has clicked an idea to his mind that 104 persons of this village are aware about Insurance benefit. Salamatpur is very small village having population of nearly 2800. Literacy rate of this village is very low.  Further, Mr X  could gathered that   most of the young people are going to the nearby city for daily  job/wages. Fortunately, Panchayat Samit headquarter is very near to Branch and Sarpanch is also elected from this village. The Sarpanch is also very energetic. On meeting to Sarpanch, it is  told that nearly  175 – 200 young  persons are going for job to nearly by city which is 28 KMs from this small village.  Further, Mr. X gathered that out these,  20-25 are technical workers  of different fields.

Keeping in mind to do something extra ordinary and innovative, Mr. X, Branch Manager decided a meeting with Sarpanch and discussed how this village can progress with the help of Bank. The Sarpanch took interest and told about the source of income of this village which is mainly agriculture and wages/salaries  getting from nearby cities.  Now, conditions of agriculture are not good due to uncertainty of rain.  However, people are migrating from village to Cities.  Now, Mr.X discussed with Sarpanch that if they assist him he can change your village migration to Reverse Migration and discussed at length, different schemes being presently given by the Bank.  Next day, Sarpanch came with some persons   in the Branch and introduced Mr. Y , who is  President of  NGO, run by business house of nearby  Industrial Area.  Mr. Y told the Manager that, their company has adopted this village through Corporate Social Responsibility for overall development and they wish to give free books   to all children who wish to study. Besides, the Business house made two water tanks for drinking for the village.

The Branch Manger then discussed   with Mr. Y that some of technical persons are going to nearby City for  wages and if they start their own  small business they can earn more what they are earning now.   Actually, the monthly wages comes to Rs.3500-4000 per month.  Mr. Y then told the Branch Manger that if bank help the technical persons to start some business, we can assure to manage work for them. However, the meeting is concluded that if the technical persons of this village if start their own business and if somebody support them initially. Definitely they will save time of journey and they can get more what they are getting.

After few days Sarpanch called a meeting and invited the Branch Manger and president of NGO also and desired that initially loan is to be given for small business to 6-7 persons and pointed out some people who are ready.   Sarpanch and Mr Y also assured the Branch Manger that they will keep a watch over their business and assured them for timely intalment of their loans. Branch Manager graved the opportunity and  gave 6 loans  of Rs. 19.00 lacs  only i.e.

These above loans were sanctioned under Mudra  scheme of the  Government and  simultaneously  covered under  CGTMSE scheme.

Mr. Singh, being a banker knows that if end use of small loans is proper, there are hardly chances to turn that account to NPA. Hence, he took assistance of Sarpanch for the same. In thaaris direction micro credit initiative such as Self Help groups and Micro Finance Institutions are also being encouraged.

It is a proverb that “if there  is will ,there is way”.  Surprisingly, hardworking of villages converted into fruitful business and not only they had started repaying their installment timely but also their earrings became double.  Earlier average income of them were nearly 4000- 5000 now they have started earning 9000- 10000 per persons.  Earlier they were used to go to nearby city now they are giving time to their families also. This miracle spread like anything and slowly and gradually others have already started their own small business with the help of Bank.

Now , the Bank has started a monthly camp  in that village  for  educating villages about FI.  Since economic conditions of this village has improved and people are started giving attention to other amenities like education, medical, road etc. etc.. Mr. X , Branch Manager told  that now total  Advances of this branch to this village was early  happened to be Rs.50.00 lacs now comes to 8.34 crores and with no NPA and CASA of his branch which was  27% of total deposits , reached now to  38%  as  economic conditions of villages have improved. Now the Village has set an example of Reverse Migration where people were migrating for search of job in nearby cities.

Besides this, the  e-banking percentage of the  Branch has also improved considerably.  They have also appointed a BC (Banking Correspondent) to give services to nearby villages.  As BCs are permitted to perform a variety of activities which include identification  of borrowers, attend to collection of small value deposit, disbursal of small value  credit, recovery of principal / collection of interest, sale of micro insurance/ mutual  fund products/ pension products/ other third party products and receipt and delivery of small value remittances/ other payment instruments, creating awareness about savings and other products, education and advice on managing money and debt counseling, etc., has become more helpful to Bank as well as customers also.

Customers are now started using ATM facility being installed in this village.  They have also told the benefit of Aadhar Seeding. A workshop by the Bank is also organized to educate the villagers on Financial Inclusion describing the various benefits being giving by the Govt . like insurance, pension, etc.etc.

This has happened in a short span of two and half years.  The Sarpanch has been awarded best Sarpanch of Panchayat and Branch Manger has also awarded best worker of the year by the Governor on Independence day by the State.

The whole miracle has clicked just from financial inclusion accounts opened under BSBDA/BSBDS, which are normally taken otherwise by the Banks. There is ample scope if small extra efforts are put in, more miracles can be done in Banking Industry especially in Financial Inclusion.

INNOVATIVE IDEAS ARE ALWAYS GIVE A WAY TO DO SOMETHING NEW.