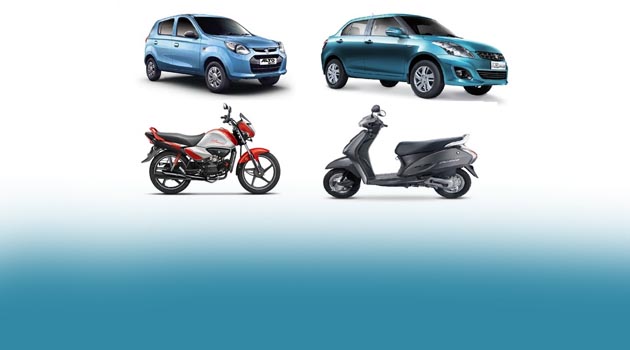 On 1st July 2017, a single indirect tax –the Goods and Services Tax (GST), was launched replacing several indirect taxes.  It has been proclaimed by the government as the biggest tax reform with the potential to make India a unified common market. According to the Economic times, GST is a comprehensive tax levy on manufacturing, sales and consumption of goods and service at a national level. GST will shift the tax application and collection from the point of origin to the destination/consumption point. For instance a car produced in Chennai Tamil Nadu and dispatched to Mumbai Maharashtra under the earlier system would have had both the Excise and the Sales Tax components applied and collected at Chennai, whereas under the GST system, the integrated tax would be applied and collected in Mumbai.   With GST, there would be a subsuming of Central and State taxes into a single tax. Taxes which are subsumed are:

This integration would result in better position of India in both international as well as domestic market, which will boost up the economic growth. This claim of better growth has been made with the assumption that, the growth is based on a lowered tax rate which would hopefully result in increased demand, while all other economic factors remain unchanged in the new system and  also greater tax compliance by Industry. It still remains to be seen whether this will actually take place.  It was also claimed as a unique advantage of the new system that the tax would be levied strictly on a value added basis. However this has already been implemented both for Excise and Sales Tax through their respective variants Cenvat and VAT.

ABOUT THE INDIAN AUTOMOBILE INDUSTRY

India’s automobile industry ranks 6th in world, significantly behind China, U.S. Japan, and Germany and close to the U.K. According to India Brand Equity Foundation, this industry accounts for 7.1% of the country’s GDP. As automobiles are the primary mode of transportation for both personal and commercial purposes, this sector is growing rapidly at an annual rate of 5.41 %( Society of Indian Automobile Manufacturers).India is the largest tractor producer, the 13th largest manufacturer of passenger cars and 5th largest producer of commercial vehicles. Also, India is the largest two wheeler market and an Indian Company, Hero Motors is the world’s No. 1. Currently, the industry is employing more than 30 million people directly as well as indirectly. Every automobile produced, generates secondary and tertiary levels of employment. So it is crucial to understand the multiplier effect of this sector on economic activities. If this industry will keep growing at its potential then, it will generate employment opportunities for more than 35 million by 2020.

In this paper, we are focusing on two wheelers and cars and not the whole automobile industry.

EFFECT OF GST ON VARIOUS DIMENSIONS OF AUTOMOBILE SECTOR:-

A dealer would be able to avail of all Input Tax Credit* on the acquisition of vehicles and merchandise (apart from few constraints laid in CGST), as the applicable duties from the list given below will get subsumed in GST:

*Input Tax Credit is the amount which can be availed by the taxpayer at the time of paying output tax, which is equal to the amount of tax he paid previously on the purchase of inputs.

Here is how, it works- When a person sells a product, he collects some amount as tax (tax on sales), this is his output tax. Also, he had already paid some taxes on purchase from a registered dealer. So, now due to the mechanism of input tax credit, he only has to pay the balance liability (output tax minus input tax) to the government.

For example: Output tax to be paid (on finished goods) Rs. 500, Input Tax paid (on purchase on raw materials) Rs. 350. The person here can claim Input tax credit of Rs 3500 and needs to deposit net Rs. 150 as his tax liability.

Although, input tax credit was already available under Cenvat and Vat also, and in earlier system, a person was able to claim the input tax credit easily, as it was not taken into consideration whether other people in the supply chain have filed the return or not. The claim for this credit under previous system was independent. But, now in GST regime, a person cannot take the benefit of this credit, unless the supplier from whom he has purchased the inputs has not filed the return.

This stipulation has resulted in increased complexity and uncertainty in availing of input tax credit.

Two wheelers can be classified into two categories as per their engine capacity- a) up to 350 cc and b) above 350 cc.

In the pre-GST regime, the following taxes were taken into consideration while calculating the final price of car:

Under the GST system, the above mentioned taxes and duties are subsumed and now, all the cars are taxed @ 28%, with additional cess (which is different for each category) (1%, 3%, and 15%)

Also, In GST, dealer will now have to move from manual system to computerized one. So, an efficient set up of IT is required, to carry out the tax compliances smoothly.

In this paper, we have studied the impact of GST on the car and two wheeler segments of the automobile industry. We wish to flag some contradictions and issues which are relevant to a proper evaluation of the impact of GST on the industry including the prospects of increased demand and simplification of the tax submission and compliance procedures. These are as follows:

The claim of procedural simplicity under the GST regime: The unified tax has been hailed as one tax that replaces many, a simplified procedure for tax payment and filing of returns as well as availing of credits.. Unfortunately this does not reflect the reality on the ground, because there are still multiple tax rates. For instance in 2 wheelers itself, there are two rates viz. 28% for the below 350cc vehicles and 31% for the above 350cc vehicles. In fact here we have two rates replacing the earlier single rate of 30.2% for all two wheelers.

Increase in demand post GST implementation: It  has been proclaimed that, due to fall in prices under GST as compared to the earlier regime, the demand from  the consumer side, will increase,(due to inverse relationship between price and demand) which will increase tax revenues for the government. Unfortunately, it cannot be projected by how much the demand will actually increase. Therefore the prediction increase in tax revenues for the government under the new system cannot be made with any degree of assurance. It is recommended that sensitivity studies are made with projected revenue collection under various assumptions of demand increase in the several areas of products and Services so that a realistic prediction can be made of the tax collections under the new regime. This in term will permit a tweaking of the GST rates so that total revenue neutrality is in fact achieved.

Implications of change in tax collection point: Due to the shifting of the tax collection point from the dispatch to the destination point, some states including Tamil Nadu and Maharashtra have submitted that they would have lower tax revenues in the new system. These states have been assured that they would be compensated for the proven loss in revenue for a period of 5 years. However it is equally true that states like West Bengal and Uttar Pradesh would be gaining in their tax revenues compared to the previous system. If these states are not assessed for a “revenue neutral” outcome, this would mean that the Central Government would experience a revenue deficit. This would adversely affect the Fiscal Deficit which is not financially prudent and would lead to an increase in Inflation which is the last thing our country needs.  It would not be out of place to mention that this crucial point has not featured in the various reviews made by the myriads of experts who have discussed the advantages and the shortcomings of the GST regime.

Need of IT infrastructure: Every procedure under GST has to be carried out online, from filing a return to claiming the input tax credit. This brings upon the need of sound IT infrastructure and a thorough knowledge among people. But, there has been no proper training provided to people about the compliances under GST (which have to be done in electronic mode).  Also, there is no proper availability of required technology in some parts of the country. This impacts mainly the small and medium size organizations, as they face this lack of knowledge and infrastructure more than others.