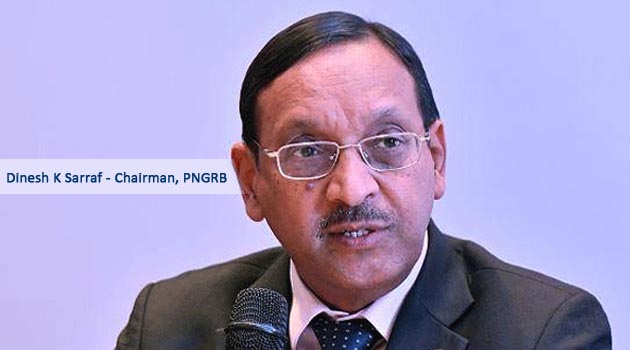 Government has appointed Dinesh K Sarraf, former CMD of ONGC, as the new chairman of the Petroleum and Natural Gas Regulatory Board (PNGRB).

Sarraf, 60, who retired as the chairman of India’s most profitable company on September 30, was appointed to head the PNGRB by the Appointments Committee of the Cabinet, an official order said.

He replaces S Krishnan, who demitted office in August 2015.Alongside, ACC also appointed S Rath, former director (exploration) of Oil India Ltd, as member of PNGRB. S S Chahar, former member of Cyber Appellate Tribunal, has been appointed Member (Legal), PNGRB, the order said. All of them have been appointed for a 5-year term or till the age of 65, whichever is earlier.

PNGRB has been practically defunct for last one year in the absence of new appointments being made for retiring members.