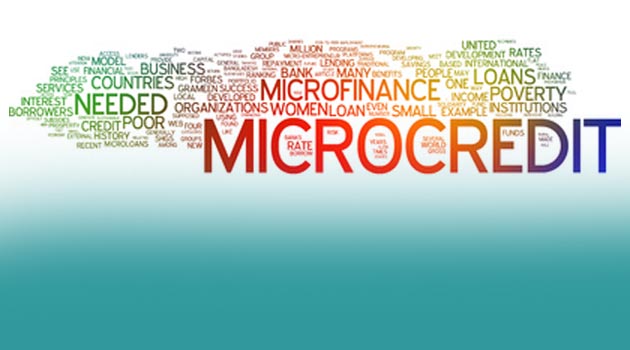 Principally, it is a tool to fight poverty, to say so, in the simplistic terms. It is a concept which assesses the potential of a person note his possessions. It represents small loans to poor people having no steady employment, a verifiable credit history, or a collateral. The payment period is short and majority after beneficiaries are women.

The concept of Grameen Bank as propounded by Mohd Yunus of Bangladesh, also known as the Father of Micro-credit, has proved very helpful to the poor people. It is as bank that offers credit without demanding any collateral. It is a banking system based on mutual trust accountability, participation and creativity. Grameen Bank sees credit as a “cost effective weapon to fight poverty and acts as a catalyst to improve the social economic conditions of the poor”. Grameen Bank believes that if financial resources are provided to the poor on such terms and conditions that are reasonable, it could change the live of the poor people and bring about the “Biggest Development Wonder”.

It believes that credit ought to be considered as a basic human right and hence builds a system, where a person with nothing gets the highest priority in getting a loan. It assess the potential of a person (he/she) and not his/her material possessions. Hithertofore, the conventional banks have focused more on men, but Grameen Bank accords highest priority to the WOMEN. One of the primary principles of Grameen Bank is that the bank has to go to the people, and not the other way round, as in conventions banking. So, microcredit services are provided at the doorsteps of its clients. In Grameen Bank, the total interest on a loan can never exceed the loan amount notwithstanding how long the loan remains unpaid. No interest is charged after the interest amount has equaled the principal. The simple interest is payable and not the compound. In case of death of a borrower, Grameen Bank does not require the family of the deceased to pay back the loan. There exists a built-in insurance programme, which pays off the entire outstanding amount with interest. Thus there is no liability transferred to the family of the deceased person.

Micro-finance primarily refers to the provision of financial assistance to the members of the poorest section of the society, who otherwise do not meet the eligibility requirements of traditional financial services. Most commonly , financial assistance is offered in the form of a loan or microcredit and micro savings, which are provided groups of individuals specifically known as SELF HELP GROUPS (SHG) in India, who are collectively liable for the loans taken by member of that group. Many microfinance projects target their landings to WOMEN, who are believed to be more likely to repay the loans and dedicate more of their earnings to the well-being of their families.

The basic principle behind the concept of microfinance is explained by the then U. N. Secretary General, Kofi Ani who said, “Sustainable access to microfinance helps alleviate poverty by generating income, creating jobs, allowing children to go to school, enabling families to obtain health care and empowering people to make choices that best serve their needs.”

The Indian School of Microfinance, Ahmedabad and The Sir Ratan Tata Trust are prominent players in the micro-finance sector providing the professionals with the ability to use their skills to contribute toward this cause. The micro-finance sector has a massive scope for growth in a populous country like India. The teeming millions of the slum dweller in various metros of the country as also the rural poor can be targeted as potentials to reap the benefits of microfinance projects as a part of poverty alleviation programmes. Banking on the poor through Yunus’ Method of credit delivery is efee3cdtive in fighting poverty.

Furthermore, it has been aptly said in the citation at 2006 of the Noble Peace Prize awardee Mohd. Yunus.: Quote “Lasting peace cannot be achieved unless large population groups find ways in which to break out of poverty. Micro-credit is one such means. Development from below also serves to advance DEMOCRACY and HUMAN RIGHTS. Yunus path breaking method of credit delivery to the poorest is emerged as one of the most effective tools to fight chronic poverty and has found recognition and replicated in several countries of the world, especially the developing and the underdeveloped ones.

Loosely defined, microfinance is the giving of very small amount of credit and financial services assistance to the poor to help them to raise their income levels and living standards.

A document on microfinance published by the United Nation Population Fund and the Microcredit Summit Campaign says the most common mechanism used by micro-finance institutions (MFIs) is group based lending borrowers form groups to mutually guarantee and another’s loan. The groups meet weekly or bi-weekly to make loan repayments and to deposit savings. Loan cycles and repayment schedules are SHORT, usually four to six months, as most small enterprises have as cash turn over on a daily and weekly basis. The interest charged on loan is always lower than that of the money lender.

In India, banks lend microcredit through SHGs. The bank SHGs linkage programme is now the piggy with more than a million SHGs in the fold. It has been documented that in relation to MEN, the WOMEN are considered more credit worthy and thereby benefit more from social networks. The concept of micro-credit, as is practiced by SEWA BANK of India and Grameen Bank of Bangladesh shows extra ordinary COMPASSION with inflexible repayment and no waiver of loans. The key to success of any micro finance programme is REPAYMENT. Such programmes try to use societal pressure and appeal to the self-respect of borrower to repay loan. In most cases, borrowers consider repaying loans, as a matter of pride.

Micro-credit sector has a great potential in Poverty Alleviation Programmes and this to the effect that there is an annual credit need of Rs.6,000/- per household for 8 crore families in the country.