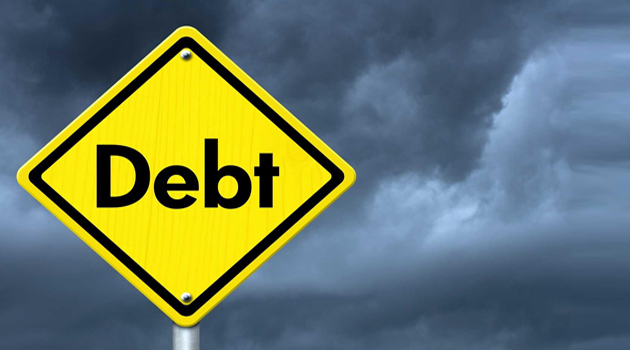 The Indian banking system has undergone significant transformation following financial sector reforms. It is adopting international best practices with a vision to strengthen the banking sector. Several prudential and provisioning norms have been introduced, and these are pressurizing banks to improve efficiency and trim down NPAs to improve the financial health in the banking system.

In the face of rising NPAs in banking sector, various mitigatory steps have been initiated in the recent year by RBI and Government. Some of the major initiatives can be highlighted as under RBI

GOVERNMENT
1. Recapitalisation:
— Has announced a recapitalisation package (of Rs. 80,000 crore for PSBs)
—  This capital injection has been made as an incentive to the better performing banks.
— Govt. has announced to bring down its stake in some PSBs to 51% for generating necessary capital.

Despite the many measures, the NPA problem remains unsolved due to ample number of bottlenecks at different stages and involvement of various interpretations in different platforms. Delay in systems and procedures in all reform measures are the major concerns for the financial sectors and regulators in our country. There is always debates and discussions at different institutional levels to get rid of the delays involved in existing systems and processes to resolve the Bad debts menace. Though we are not able to completely avoid the delay but due to various innovations and amendments we are able to minimize the delay in carrying out the processes involved in resolving issues pertaining to NPA. The Enforcement of Security Interest and Recovery of Debts Laws and Miscellaneous Provisions (Amendment) Bill, 2016 is one such vital reform measure initiated by our Government to resolve some of the legal issues involved in various legal measures of tackling NPA.

ORIGIN OF THE BILL:

OBJECTIVE OF THE BILL:

Despite enactment of various laws enabling banks and FIs to recover NPAs expeditiously, the NPAs are continuously mounting and the clamour for stricter debt recovery laws is ever increasing.The Bill seeks to Strengthen the debt recovery laws which will Improve financial health of the banks and it will lead to ease of doing business in our country.Ultimately this will facilitate investment leading to higher   economic   growth and development.

Why is the Act important ?

This bill has brought amendments in 4 important Acts

EMPOWERMENT TO RBI UNDER THE ACT:

The Act empowered the Reserve Bank of India (RBI) to examine the statements and any information of Asset Reconstruction Companies related to their business. The Bill further empowers the RBI to carry out audit and inspection of these companies.  The RBI may penalise a company if the company fails to comply with any directions issued by it.

There are two sorts of depositories in India. One is the National Securities Depository Limited (NSDL) and the other is the Central Depository Service (India) Limited (CDSL).

Every Depository Participant (DP) needs to be registered under this Depository before it begins its operation or trade in the market.The beneficial owner shall be entitled to all the rights and benefits and be subjected to all the liabilities in respect of his securities held by a depository.

Amendments to the Depository Act 1996

The RECOVERY OF DEBTs DUE TO BANK AND FINANCIAL INSTITUTION ACT 1993 created Debt Recovery Tribunals (DRTS) to adjudicate debt recovery cases.  This was done to move cases out of civil courts for reducing time taken for debt recovery, and for providing technical expertise.  This was aimed at assisting banks and financial institutions in recovering outstanding debt from defaulters.

Need for Amendments to RDDBFI Act, 1993

Over the years, it has been observed that the DRTs do not comply with the stipulated time frame of resolving disputes within six months. This has resulted in delays in disposal, and a high pendency of cases before the DRTs.Between March 2013 and December 2015, the number of pending cases before the DRTs increased from 43,000 to 70,000.  With an average disposal rate of 10,000 cases per year, it is estimated that these DRTs will take about six to seven years to clear the existing backlog of cases.DRT officers, responsible for debt recovery, lack experience in dealing with such cases.  Further, these officers are not adequately trained to adjudicate debt-related matters.

Amendments to the RDDBFI Act 1993

The Bill provides details of procedures that the tribunals will follow in case of debt recovery proceedings. This includes the requirement of applicants to specify the assets of the borrower, which have been collateralised.  The Bill also prescribes time limits for the completion of some of these procedures.

The SARFAESI Act 2002 regulates the establishment and functioning of Asset Reconstruction Companies (ARCs).  ARCs purchase Non-Performing Assets (NPAs) from banks at a discount.  This allows banks to recover partial payment for an outstanding loan account, thereby helping them maintain cash flow and liquidity. Setting up of ARCs, along with the use of out-of-court systems to take possession of the collateral security, has created an environment conducive to lending. The major concerns related to the functioning of ARCs are limited number of buyers and capital entering the ARC business, and high transaction costs involved in the transfer of assets in favour of these companies due to the levy of stamp duty.

Amendment Bill provides for exemption of stamp duty on transfer of financial assets in favour of ARCs. This benefit will not be applicable if the asset has been transferred for purposes other than securitisation or reconstruction (such as for the ARCs own use or investment).

In the context of the deterioration in the asset quality of banks, recent amendments made through this Bill propose a corrective action plan that offers timely revamp of accounts considered to be unviable and prompt steps for recovery or sale of assets in the case of loans which are NPAs. There will be a spurt in the sale of NPAs by banks to Asset Reconstruction Companies (ARCs) which can substantially reduce the NPA portfolio of Banking industries. Several amendments made to the SARFAESI Act, 2002 will make it more empowered to resolve the NPA problems quickly as compared to existing rate at which the cases are being disposed.All the stake holders including general public are very much hopeful of some radical changes in the reform measures in the Banking sector through these amendments but only time will say the real impacts if things are implimented in true spirit.