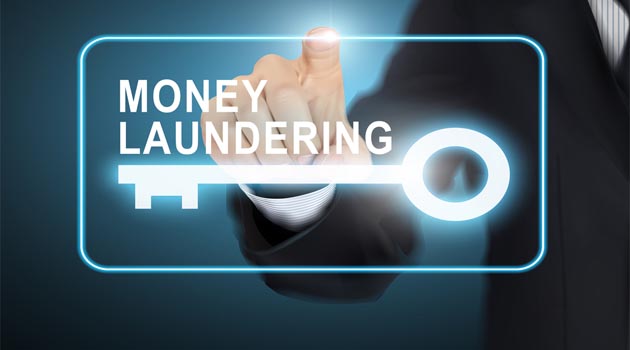 Money laundering is the process of clouding source of money by using financial systems or services. Profits of crime and corruption are transformed into legitimate assets.  Typically money laundering involves three steps: Placement, Layering and Integration. First, the illegitimate funds are furtively introduced into the legitimate financial system. Then, the money is moved around to create confusion, sometimes by wiring or transferring through numerous accounts. Finally, it is integrated into the financial system through additional transactions until the, dirty money appears clean.

Money laundering was first seen in individuals hiding wealth to avoid taxation or confiscation or a combination of both.  Money laundering is an offence in its own right, but it is also closely related to other forms of serious and organized crime as well as the financing of terrorism.

Reverse money laundering : It is a process that disguises a legitimate source of funds that are to be used for illegal purposes. It is usually executed for the purpose of financing terrorism, but also be used by criminal organizations that have invested in legal businesses and would like to withdraw legitimate funds from official circulation. Unaccounted cash received via disguising financial transactions is not included in the official reporting and could be used to evade taxes, hand in bribes and pay under-the-table salaries.

Some of the common methods of money laundering are :

In addition, money launderers have exploited vulnerabilities in the use of letter of credit and other financial arrangements that are necessary for facilitating cross border trade to launder funds. TBML techniques vary in complexity and are frequently used in combination with other money laundering techniques to further obscure the money trail.

The crime involves a number of schemes in order to complicate the documentation of legitimate trade transaction, such actions may include moving illicit goods, falsifying documents, misrepresenting financial transactions and under or over invoicing the value of the goods / services. In most cases, TBML activities comprise of efforts to misrepresent the price, quantity or quality of goods, as they transit across borders or through supply chains. It is one of the most sophisticated methods of money laundering through which hundreds of billions of dollars laundered every year. TBML activity is considered to be growing in both volume and global reach.

Some of the basic techniques used in Trade Based Money Laundering are : 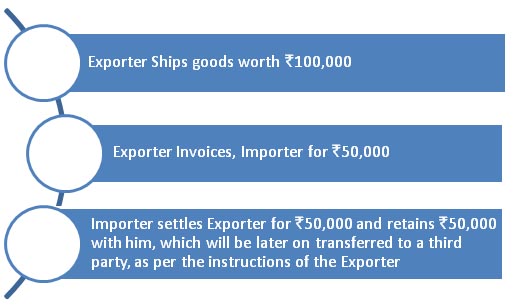 These types of transactions generally require collusion by both parties and can have significant tax implications. Also, complex products and products that travel through supply chains are more apt to be used in these types of over and under-invoicing activities because they complicate the ability of customs officials to determine the true market value of such goods and services.

Under invoicing of exports is one of the most common trade-based money laundering techniques used to move money.  It reflects the fact that the primary focus of most customs agencies is to stop the importation of contraband and ensure that appropriate import duties are collected, which is one of the major revenue generators to the economy. Thus, customs agencies generally monitor exports less rigorously than importes.  Most of the customs agencies do not have access to data to establish ‘fair price’ of most the products. Moreover they see only one side of the transactions, as most of the customs agencies do not share trade data with other countries. As such, their ability to identify incorrectly priced goods is often limited to those that are widely traded and whose prices are widely quoted in the international markets.

Combining several of these common TBML techniques is a classic scheme involving the laundering of drug proceeds from Latin America, called the Black Market Peso Exchange, where the Colombian drug traffickers used sophisticated trade based schemes to disguise huge amount in narcotics.

TBML is widely recognized as the most common manifestation of international money laundering as well as a known value transfer and reconciliation method used by terrorist organizations, but, it appears to be less understood among academics and policymakers than traditional forms of money laundering through the international banking system and bulk cash smuggling. TBML can have a more destructive impact on legitimate commerce than other money laundering schemes. Multinational criminal organizations may dump imported goods purchased with illicit proceeds at a discount, into a market just to expedite the money laundering process, but it puts legitimate businesses at a competitive disadvantage. This activity can create a barrier to entrepreneurship, crowding out legitimate economic activity. TBML also robs governments of tax revenue due to the sale of underpriced goods and reduced duties collected on undervalued imports and fraudulent cargo manifests.  TBML has emerged as an issue of growing concern to the regulators.

TBML red flags are among the hardest to detect, which is challenge to the Compliance officers to stay current on emerging schemes and updated AML technology to detect and prevent criminal activity.

For decades, US dollar has been the most popular currency for launderers, due to its popularity / wide acceptance and the volume of worldwide transactions that use the currency – a few million extra dollars changing hands does not attract attention. However, euro has slowly gained a foothold in the laundering industry since its introduction as common currency by the European union.

The scale of money laundering is difficult to assess, but it is considered to be significant. The United Nations Office on Drugs and Crime estimates that between 2% to 5% of Global GDP is laundered every year.  Overall, it will be impossible to estimate the amount of money being laundered. Every year Billions of dollars are laundered, which is a great concern for all. International Bodies have initiated efforts to prevent and apprehend money launderers.  Financial Institutions across the globe have also put in place check points to detect transactions involving money laundering. Recent anti money laundering laws have developed with the modern war on drugs. In more recent times anti money laundering legislation is seen as adjunct to the financial crime of terrorist financing.

The problem of TBML is significant and difficult to detect. Like most forms of money laundering, sophistication of structuring and the ability to co-mingle illicit transactions with legitimate transactions makes it very difficult to detect. Transactions are stitched together in a way where individually, they may appear on their face to be legitimate, and can only be detected when looked at across a broad spectrum to identify the illicit pattern.

The Financial Action Task Force on Money Laundering was established to combat the growing problem of money laundering.  The task force was charged with studying money laundering trends, monitoring legislative, financial and law enforcement activities taken at the national and international level, reporting on compliance and issuing recommendations and stands to combat money laundering.

Anti-money laundering (AML) is mainly used in financial and legal industries to describe the legal controls which are required to be initiated to prevent, detect and report money laundering transactions.  AML guidelines came into prominence globally as a result of formation of Financial Action Task Force (FATF) and the formation of an international frame work of AML standards. FATF initiated a process to identify those countries where deficiencies are persisting in their law and non-co-operative countries, which are being made public.

A starting point for all stake holders is to continuous education, awareness, procedures and compliance discipline. As technology continues to evolve rapidly, more tools to combat TBML will be available. Unfortunately, criminal organizations are always working to stay one step ahead, often utilizing some of the same technology.

Customs clearance is a vital check point where all goods entering a country must have proper classification, valuation and inspection, in order for a buyer to claim them. This process serves a variety of economic and national security interests and can also be a vital point of interest to combat TBML.

Financial Institutions, Regulators and other related parties are investing huge resources in technology to improve their ability to identify anomalies in payments, non-documentary and documentary trade. An integrated combination of data analytics from Customs, Shipping Companies, Financial Institutions and Regulators, could offer a vastly improved ability to identify patterns of illicit behavior, illicit flows and have a material impact on interdicting TBML. Further there is a need for stronger focus on training programs to better identify trade-based money laundering techniques, the need for more effective information sharing among all concerned.

Red Flag indictors : Trade Regulators have come out with a number of red flag indicators that are routinely used to identify trade-based money laundering activities.  Exchange of trade related information with other related agencies like, customs, regulators, financial intelligence units, tax authorities and financial institutions be voluntary rather than mandatory.

There are a number of practical steps, like building better awareness, capacity building to identify trade-based illicit activity, which could be undertaken to improve the capacity of all the related parties to the international trade, to combat trade-based money laundering. 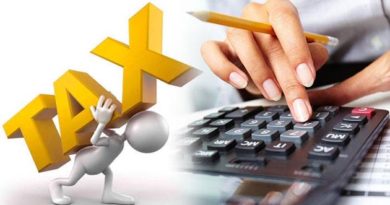