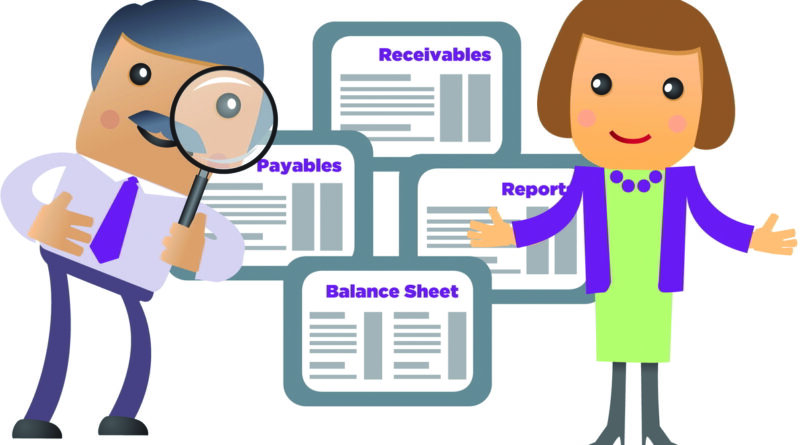 The great philosopher Desiderius Erasmus has said “Prevention is better than Cure”. It is in line with this philosophy that a system of audit  has been developed comprising of auditors working directly with the businesses to monitor the ways in which a business entity is doing its business .The business community play a very important part in the growth of the economy of the country. Any adverse effect on a business not only affects the promoters but also their employees, suppliers, customers, and other players in the business cycle. In short, it has a contagion effect on the economy and the severity of which depends, among other factors, on the size of the companyand the business segment it is operating in.

An auditor has responsibility towards the shareholders of the auditee unit.The power of appointment and dismissal of the auditor lies with the auditee unit’s management and this sometimes also leads to undue influence of the management on the working of the auditor. An auditor is supposed to be a watchdog on behalf of the shareholders and other stakeholders and as such, the integrity of the auditor is very sacrosanct and should not be influenced in any way which is detrimental to the shareholders’ interest. An auditor’s responsibility is not limited to the shareholders only because an audit report is a public document and is relied upon by various stakeholders in the economy like financial institutions, government bodies and the general public. Hence, it can be said that the auditors play an important role in ensuring good health of the economy of the country as well.

But, in recent times, there have been some disturbing developments in the financial sector that have led to raising of serious questions on the independence and impartiality of auditors while reviewing the financials of companies. These incidents have led to demands for an overhaul of the audit system.

Post the Infrastructure Leasing & Financial Services (IL&FS) fiasco, the Serious Fraud Investigation Office (SFIO) has alleged that the company auditor overlooked window-dressing of bad loans being done by IL&FS Financial Services Ltd (IFIN) and never cross-checked the ‘end use’ certificates used by the company to mislead lending banks. It further alleged that the auditors connived with the company officials in falsifying books of accounts. The Ministry of Corporate Affairs (MCA) has also set into motion the process against the auditors and the audit partners under Section 140(5) of the Companies Act, 2013 that deals with debarring an audit firm for 5 years.

In the case of PMC Bank, it was a whistleblower who blew the lid off the financial crisis brewing inside the Bank. This raises a pertinent question as to what the bank’s auditors were doing all these years. The suspended MD of the bank has alleged that the auditors were only ‘superficially’ checking the bank’s books. The Mumbai Police’s Economic Offences Wing (EOW) even arrested two auditors who had served as Statutory Auditors during the period of the scam and were suspected of playing a key role in covering up the irregularities involving top officials of the bank.

The PMC Bank crisis was sparked by default from Housing Development & Infrastructure Ltd (HDIL) which was lent about 73 percent of the bank’s total assets. The default by HDIL led to their auditors’ role also coming under the scanner. The auditors at HDIL, in their report for FY18, stated that one of the units of HDIL, Guruashish Construction Pvt. Ltd, was referred to bankruptcy court by its lenders. In view of the above, the auditor made the following noting:

“As a result, the ability of Guruashish Construction Pvt Ltd to continue as a going concern is dependent upon its performance in terms of the resolution plan to be approved by National Company Law Tribunal(NCLT). However, in view of the large amount of debt of Housing Development & Infrastructure Ltd (HDIL), we are unable to express an opinion as tothe extent of repayment of the aforesaid debt of the company. The consequential effect of the above, on the consolidated financial results for the period ended 31 March 2018 cannot be determined”.

Now, in the wake of the crisis that unfolded at PMC Bank and HDIL, a question that arises is as to whether merely making such noting in the financial statements absolves the auditors of any responsibility in future. This aspect needs to be looked into by MCA and appropriate regulatory provisions should be introduced to ensure that an auditor’s responsibility is not extinguished merely by making such noting.

Such incidents lead one to think as to what can be the reasons for such financial disasters.

Companies sometimes inflate earnings to prevent violation of loan agreement covenants to avoid penalty. The auditors are thus paid handsome amounts to do window dressing. There is another motivation for the companies to indulge in misreporting of their financials. Investors invest in companies with the hope of getting handsome returns. In case the company shows poor financial performance, it may tempt the investors to withdraw their investment.

This motivation to indulge in manipulation of financial statements is prevalent to a greater degree in case of listed companies because the better the financials are, the higher is the share price and more are the chances of fresh investments in the company. Companies, sometimes, also vest call options with their executives as part of their compensation plan. Vesting of call options with the company executives also can lead to the risk of executives reporting inflated financials to maximize the profit earned on exercising the option. This moral hazard, however , can be controlled to a large extent by incorporating the ‘Claw back’ provision in the compensation plan which enables the company to recover the bonuses paid in case the manipulation of financials is detected in future. 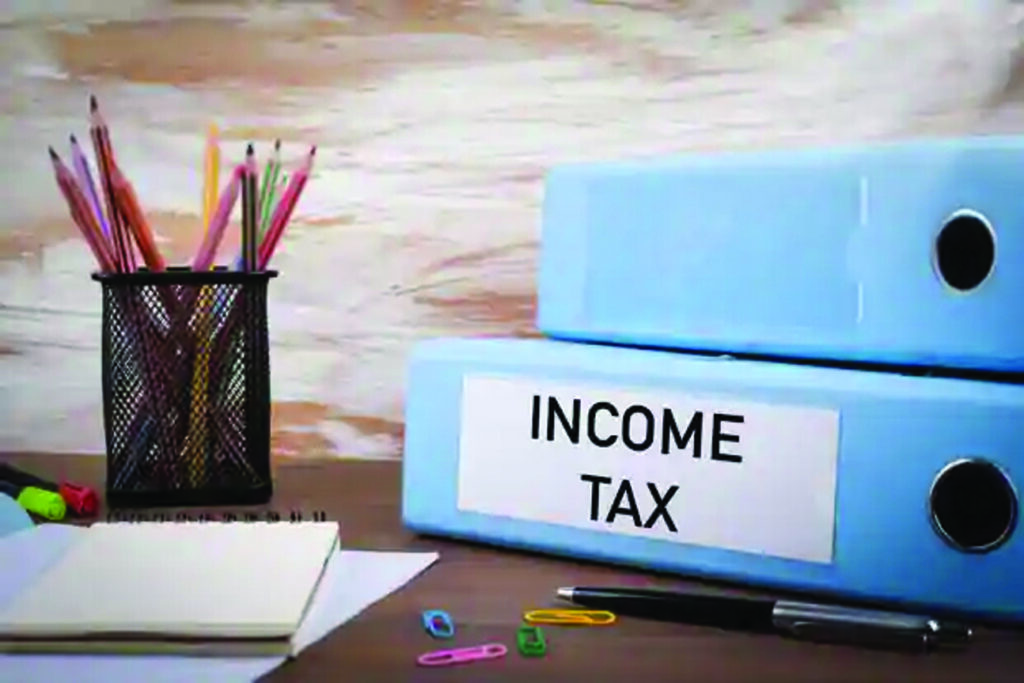 A weak system of audit control provides an opportunity to a company to indulge in dilution of financial reporting quality or/and earnings quality.

There can be a number of reasons for the decline instandards of audit control by the auditors of the company while auditing the financial performance of a unit. Some of the reasonsthat can lead to dilution of audit quality are as detailed below:

a)The auditor relies on fee from the client and this sometimes adversely affects the independence of the auditor.

b)Due to the competition among auditors/auditing firms, they may have a tendency to quote very low prices for their services which in turn leads to fall in quality of audit reports.

c)The appointment of auditors in the current scenario is being done by the management of the auditee unit and naturally, they may have a tendency to hire auditor who suits their interests and listens to them.

d)The auditors provide non-audit related services also to their clients and there is a possibility that they may dilute the quality of audit so that business from these ancillary services keeps flowing to them.

e)In some cases, the auditors prepare the auditee unit’s financial statements and then audit those very statements which have been prepared by themselves. This is a kind of ‘Self-review’ on the part of the auditor and beats the very concept of an independent audit.

f)Sometimes, an auditor is associated with a client for a fairly long time and as a result, develops a sort of personal relationship with the client which involves an emotional quotient as well. In such cases, there are definite chances of the auditor not adopting a neutral stance while auditing the client books and he may be inclined in favor of the client.

g)The auditors may also face pressure from the management of the auditee unit to scale down the extent of audit to reduce audit fee.This type of situation will definitely affect the objectivity of the auditor.

h)Many a times, it is seen that auditors with very less experience are hired by the firms to audit their books of accounts. Such auditors sometimes lack the capability to audit the firm’s accounts considering the size of the firm. Such auditors are more prone to be influenced by the management. 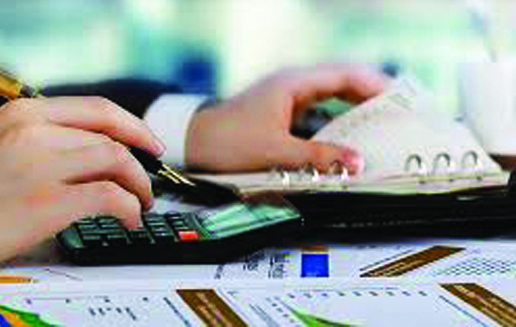 There are several regulatory provisions put in place by the Ministry of Corporate Affairs (MCA) to regulate the auditing profession. Some of these provisions are:

2)Section 139 relates to appointment of auditors.

3)Section 140 deals with removal and resignation of auditor, giving of special notice.

5)Section 142 deals with Remuneration of auditors.

7)Section 144 prohibits the auditors to render certain services other than audit.

In order to ensure effective compliance of the above regulations, the Central Government has notified the Companies (Audit & Auditors) Rules, 2014 and made amendments in the same from time to time.

Standards of Auditing (SAs) issued by the ICAI are mandatory to be followed by the auditors in view of Section 143(9) of the Companies Act, 2013. The auditors are expected to ensure compliance with SAs in their audit engagements to ensure quality audits.

A consultation paper was also floated by MCA in February 2020 inviting suggestions for improvement in audit independence and accountability. After receipt of suggestions, a committee has been constituted to suggest possible changes in the regulatory provisions to improve the independence of the auditing profession

As regards the measures to improve the independence of auditors, following measures can be adopted:

1)The fee for the auditors may be fixed by an appropriate government authority like MCA or CAG.

3)The appointment of auditors should be done by an independent authority and not the management of the company.The Ministry of Corporate Affairs (MCA) may be an appropriate authority in this regard.

5) Choices in the application of accounting standards enable the auditors to easily accede to the requests of the management for presentation of financials in a certain way that suits the management. Choices exist both in the way of presentation and way of calculation of financials of the company. The choices so made affect the financial reporting quality and earnings quality respectively of the company. Any dilution in earnings quality is much difficult to detect whereas it ispossible to detect dilution in the financial reporting quality. This aspect related to the application of accounting standards needs to be looked into by the MCA as well as the ICAI so that its misuse can be prevented. Safeguards need to be developed for the same.

6)In case of large companies, only those auditors should be mandated to be hired by them who possess certain minimum years of experience. The number of years of experience required may be fixed by the MCA. It will check deliberate hiring of inadequately experienced auditors by the management.

Finally, it can be said that the auditing profession is one of the pillars supporting the economy of the country. The strength of this pillar is of utmost importance in ensuring good health of the economy. There are multiple factors at play which lead to dilution of audit quality in business entities and some such factors have been enumerated above. There is an urgent need for all the stakeholders to ponder over the issue and initiate measures for plugging the loopholes in the auditing profession.