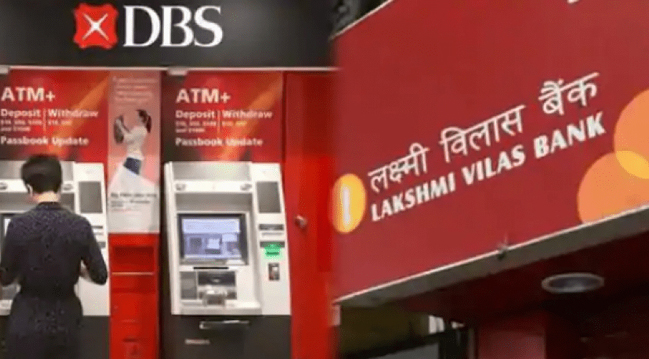 Finance Ministry approved the merger of capital-starved Lakshmi Vilas Bank (LVB) with DBS Bank India. The Reserve Bank of India on 17 November proposed the merger of the 94-year-old lender with the Indian arm of Singapore’s DBS Bank. As part of the amalgamation, DBIL will infuse fresh capital of Rs. 2,500 crore into LVB.

The central bank on 17 November placed Lakshmi Vilas Bank under one-month moratorium, superseded its board and capped withdrawals at Rs. 25,000 per depositor. “With the merger, there will no further restrictions on the depositors regarding the withdrawal of their deposit,” Union minister Prakash Javadekar said.

Analysts and global credit rating agencies have applauded RBI’s move and said that it will benefit both parties. “The quick action taken by the RBI in the Laxmi Vilas Bank matter affirms the faith of the depositors in the banking system,” Ajay Shaw, Partner, DSK Legal.

“LVB merger with another bank is a very prudent step in order to save the depositors and to mitigate the systematic disruption associated with it. The image of government and regulator gets enhanced by such timely action and response,” said S Ravi, former chairman of Bombay Stock Exchange (BSE) and Managing Partner of Ravi Rajan & Co.

DBS was the first foreign bank to receive a banking licence after the central bank allowed foreign banks to set up a wholly owned subsidiary in 2014. “With DBS likely to use digital capabilities to enhance its physical footprint in India, the proposed deal could lead to a 30-40% increase in Indian assets of DBS,” said JPMorgan analysts Harsh Wardhan Modi and Saurabh Kumar.

The regulator had put LVB under Prompt Corrective Action in September 2019. The lender earlier reported widening of its net loss at Rs. 397 crore in the second quarter ended September 2020 due to rise in bad loans and provisions. On 25 September, the shareholders of the bank had voted out seven members from the board, including the then MD and CEO S Sundar. The RBI on 27 September appointed the CoD composed of three independent directors Meeta Makhan, Shakti Sinha, and Satish Kumar Kalra, being headed by Meeta Makhan.

Moody’s said the merger will strengthen DBS’s business position in India by adding new retail and small and medium-sized customers.