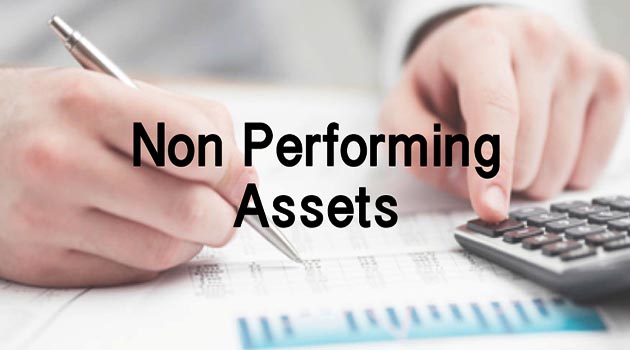 Banking in India originated in the last decade of the 18th century. Commercial banks occupy a major part of the banking in India. Since the process of liberalization and reform of the financial sector were set in motion in 1991, banking has undergone significant changes. The underlying objective has been to make the system more competitive, efficient and profitable. A strong banking sector is important for flourishing economy. The failure of the banking sector may have an adverse impact on other sectors. Non-performing asset (NPA) is one of the major concerns for banks in India. NPAs reflect the performance of banks. A high level of NPAs suggests high probability of a large number of credit defaults that affect the profitability and net-worth of banks and also erodes the value of the asset. The NPA growth involves the necessity of provisions, which reduces the overall profits and shareholders’ value.

Providing loans for economic activities is the social responsibility of banking. Credit dispensation activity is considered to be major part of funding apart from raising resources through fresh deposits, borrowings and recycling of funds received back from borrowers. Lending is generally encouraged because it has the effect of funds being transferred from the system to productive purposes, which results into economic growth. However lending involves credit risk, which arises from default by the borrowers. The process of credit cycle is affected by non-recovery of loans along with interest. Thus, loan losses and requirement of provisioning for loss affect the banks profitability on a large scale. Though complete elimination of such losses is not possible, but banks can always aim to keep the losses at a low level.

The specific objectives of the study are as follows

The present study concentrated on PSBs only. For this study secondary data have been collected. The data are collected from annual report of RBI publications including Trend and Progress of Banking in India, Statistical Tables relating to Banks in India, Articles and Papers relating to NPAs published in different journal and magazines were studied and data available on internet and other sources have also been used.

Assets which generate periodical income are called as performing assets. Assets which do not generate periodical income are called as non-performing assets. NPAs are further classified into sub-standard, doubtful and loss assets based on the criteria stipulated by RBI. An asset, including a leased asset becomes non-performing when it ceases to generate income for the bank for a specified period of time. The RBI guidelines regarding classification of assets and its provisioning with effect from March 31, 2005 are as follows

Standard Assets: Standard assets generate continuous income and repayments as and when they fall due. So a standard asset is a performing asset. Such assets carry a normal risk and are not NPAs in the real sense. Hence, no special provisions are required for Standard Assets.

Sub-Standard Assets: A sub-standard asset was one, which was considered as non-performing for a period of 12 months.

Doubtful Assets: All those assets which are considered as non-performing for period of more than 12 months are called as Doubtful assets.

Loss Assets: A loss asset is one where loss has been identified by the bank or internal or external auditors or the RBI inspection but the amount has not been written off wholly. In other words, such an asset is considered uncollectible and of such little value that its continuance as a bankable asset is not warranted although there may be some salvage or recovery value

Source: Reports on Trend and Progress of Banking in India.

Gross NPA is an advance which is considered irrecoverable, requires provisioning and which is still held in banks’ books of account.

Source: Reports on Trend and Progress of Banking in India.

The causes of NPAs are varied in nature. These include:

Total elimination of non-performing assets is not possible in banking business owing to external factors but their incidence can be minimised. It is always wise to follow the proper policy for appraisal, supervision and follow-up of advances to avoid non-performing assets. Special Recovery Cells may be set up at regional/zonal levels. Similarly, Recovery officers may be appointed at branches having sizeable NPAs and their recovery progress may a be monitored on a monthly basis. Banks should encourage mergers acquisition of sick units wherever they feel it may reduce the NPAs. A large number of compromise proposals are being approved by banks with a view to reducing the NPAs and recycling the funds instead of resorting to expensive recovery proceedings spread over a long period.

Banks should take full advantage of the Tribunals by taking necessary steps. It is hoped that established of DRTs may not only facilitate quick decisions but also induce borrowers to enter into settlements with banks Establishment of Asset Recovery Branches at critical centres for undertaking recovery, fix targets of recovery and draw time bound action programme will help reduce the NPAs to a certain. Branch Management have to put in sincere efforts to improve recoveries by personally contacting the borrowers instead of issuing notice to them. A number of follow-up visits and regular stock inspection significantly improve recovery.