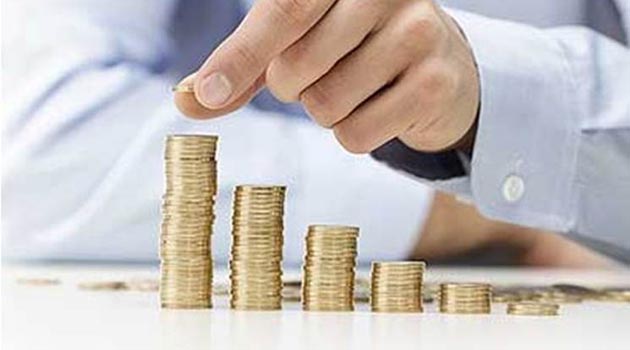 One of the most disquieting features of the agricultural credit structure in India is the incidence of ever increasing Non Performing Assets (NPAs). The high level of NPAs restricts the capacity of lending institutions to recycle funds, besides threatening the prospects of continued flow of external credit for agricultural development. A wide range of causes influence the level and the trends in NPAs of the agricultural credit institutions. In this paper an attempt has been made to study the concept of NPAs and magnitude and causes of NPAs among different categories of farmers in SPSR Nellore District.

Further, the list of farmers who borrowed loans from 6 APCB branches. The ultimate sample in both the regions works out to 21-.

According to, an asset including a leased asset, becomes non-performing when it ceases to generate income for the bank. Non-performing asset means an asset or account of borrower, which has been classified by bank as sub-standard, doubtful or loss asset, in accordance with the direction or guidelines relating to assets classification issued by RBI. A non-performing asset (NPA) is a loan or an advance where;

The average amount defaulted by them was Rs.64,545. The percentage of defaulters among the marginal farmers was 73, followed by the small farmers 65 per cent, medium farmers 65 per cent and large farmers 76 per cent. The average amount per defaulter was more among the large farmers (Rs.99,615), followed by the medium farmers (Rs.83,176), the small farmers (Rs.56,041) and the marginal farmers (Rs.33,194). It may be noted that the amount defaulted per beneficiary increases when the land holding size increases. T- value is calculated (3.97), which is significant at 1 per cent level.

There are a multiplicity of causes for loan default among the different categories of farmers. The reasons for default are also quite varied. The collected from the sample investigation regarding defaulters has been summarized into six categories following the model of Nirmal Sande Rathe.

Poor productive conditions of the farming enterprise often make it difficult to repay. This defect is also expressed in terms of “non-viable farm units”, which often refers to the small size of farms. The implication is that farmers are unable but willing to repay(2). The data shows that defects in farm production one of the important factors to which 14.28 per cent of the respondents attributed their default and the default amount was 10.5 per cent. In non-canal region the percentage of defaulters for the same region was 22.67 per cent and 22.25 per cent of the loan amount was defaulted.

The farmer may be unable to repay his loan in a particular season owing to crop failure due to natural calamities or the destruction of a crop by theft, fire or other hazards. His inability to repay may also be caused by a sudden fall in prices or the unmarketability of his produce(3). Farmers in this category are normally able and willing to repay. Defaulters in this category are 22.86 per cent and their default amount was 21.1 per cent. In the non-canal region the defaulters were 18.67 per cent and the loan amount defaulted was 31.2 per cent.

Defects in the Credit Organisation

The farmer in this category is able to repay and willing to do so, but since the organization giving credit does not force him to repay, he does not. The farmer may believe that he will neither suffer penal interest nor endanger his subsequent borrowing by his default, loopholes which enable a defaulter to borrow subsequently and abandoning attempts to collect earlier defaults would support this belief. Sometimes the staff of the credit agency itself might even encourage borrowers not to repay(4). Deficiencies in credit organisation accounted for 11.43 per cent of defaulting borrower, these default amount being 8.25 per cent in canal region. In the non-canal region for the same reason 8 per cent were defaulters and the loan amount defaulted was 8.25 per cent, which is less than the canal region.

Farmers who do not want to repay loans even though they have the repaying capacity falls in this category. They did not consider government funds as loans, but often as grants. This is as a result of credit organizations defective policies such as little efforts to collect arrears under earlier schemes and the lack of effective sanctions on defaulters. 14.29 per cent defaulters felt under this category and their default amount was 9.15 per cent in canal region. In the non-canal region the defaulters were 10 per cent and loan amount defaulted was 12 per cent, which is comparatively high.

In the present study six major reasons are identified for default in repayment. The following suggestions are made to curb the malady of default and to improve the recovery performance.