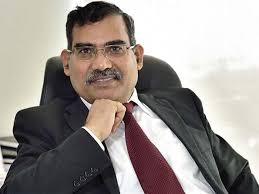 Q:How is NPCI gearing up to transform India into a less-cash society?

A: The mission statement of NPCI, drafted way back in 2013 states “Touching Every Indian with One or Other Payments Services” by 2020. With demonetisation and government of India taking a series of steps, the objective of NPCI becomes much clearer and the target of 2020 also eminently feasible. NPCI has now a large bouquet of electronic payment products – RuPay, Immediate Payment Service (IMPS), Unified Payments Interface (UPI), USSD based *99#, Aadhaar Enabled Payment Services (AePS), Aadhaar Payment Bridge (APB) and National Common Mobility Card (NCMC) etc.

Q: What is the impact on electronic payments due to demonetisation?

A: With demonetisation of currency notes in high value denominations, the need for migrating to a less-cash society has become immediate. NPCI and the Government’s initiatives for digital payments are now in perfect alignment.During the last few weeks, the daily average transactions in all forms of digital payments have increased 2 – 5 times.  For instance, RuPay Point of Sale (PoS) transactions which used to be at the level of 3 lakh a day is now at a level of 18lakh on an average. Overall, there has been three-fold jump in RuPay transaction volumes. We see IMPS transactions close to 2 million a day. Similarly,USSD based *99# service has seen a surge of around 100% in transaction volumes.

Q: What are the developments pertaining to UPI?

A: Currently 31 banks are part of UPI. Two large banks namely the State Bank of India and HDFC Bank havealso joined the platform. Another 5-6 PSBs are also expected to join very soon. UPI brings the simplicity of sending and collecting money instantly with just an e-mail like payment address. We have seen significant surge in number of UPI enabled App downloads and also increase in transactions volumes.

Q: What are the challenges pertaining to implementation of cash-less society?

A: First challenge was non-availability of acceptance infrastructure like Point of Sale terminals. It is fortunate to note that the government is now planning to deploy 1 million PoS machines in next three months. It took several years to deploy about 1.4 PoS terminals in the country. With more acceptance points, we are assured that digital payments will increase with right push from all stakeholders. Secondly, there is a need to create constant awareness by means of customer engagements activities and advertisements for general public.

Q: Are there any other initiatives to encourage digital payments?

Q: Is NPCI working on other projects to facilitate cash-less payments?

A: We have initiated a pilot on Bharat Bill Payment System (BBPS) which is set to function as a tiered structure for operating the bill payment system in the country. We are also working to introduce National Electronic Toll Collection (NETC) for digital payments across toll booths at national highways. Other products include RuPay credit card and National Common Mobility Card (Tap & Go) to boost usage of digital payments.