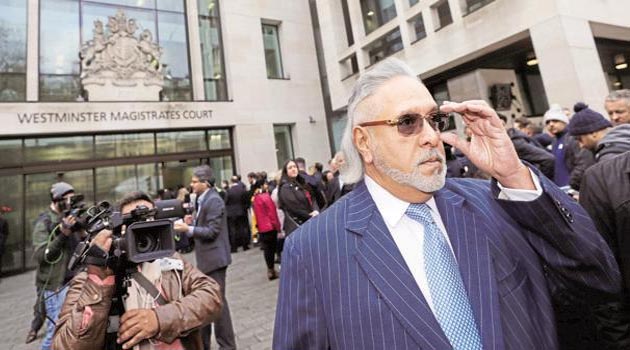 The UK’s commercial court has passed an order in favour of a consortium of 13 Indian banks seeking to recover dues allegedly owed to them by liquor baron Vijay Mallya, who is fighting extradition on charges of fraud and money laundering to the tune of Rs.9,000 crore.

The order by the commercial court, part of the high court in London, also grants permission to an enforcement officer to enter the 62-year-old tycoon’s properties in Hertfordshire, near London.

“The High Court Enforcement Officer, including any Enforcement Agent acting under his authority, may use reasonable force to enter the Property if necessary,” the order states.

Banks have the option of using the order, passed on 26 June, as one of the means to recover estimated funds of around £1.145 billion.

The order relates to the UK’s Tribunal Courts and Enforcement Act 2007 and follows a UK high court ruling in May which refused to overturn a worldwide order freezing Mallya’s assets and upheld an Indian court ruling that Indian banks were entitled to recover their funds.

It marked the first recorded case of a judgement of the debt recovery tribunal in India being registered by the English high court, setting a legal precedent.

“This is a very encouraging order for the consortium of lenders,” said Zulfiqar Memon, managing partner of boutique white collar crime practice MZM Legal. “An application by Vijay Mallya requesting leave to appeal this order is yet to be decided and it is only after this application is decided that we will all have more clarity as to the effect of this development.”

Punjab National Bank managing director and chief executive officer Sunil Mehta said that his bank, one of the lenders to Mallya, will carry out a fresh valuation of Mallya’s assets.

“While it was difficult to comment on what the fresh valuation of Vijay Mallya’s assets would be, the bank would now pursue the disposal of Mallya’s assets,” Mehta told television channels.