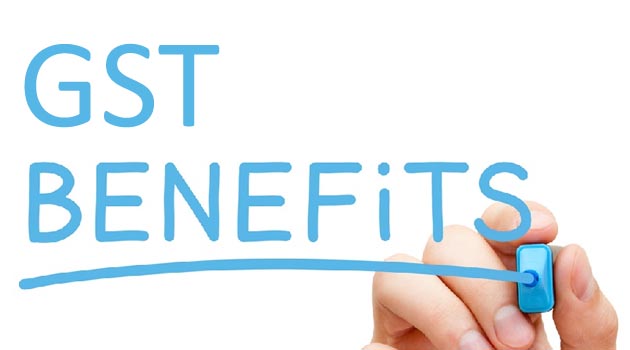 In the last issue we have discussed about the special features of GST Law. In this issue we will discuss in brief about benefits and common problems in the ensuing GST Regime

As perceived from various announcements and circulars of CBEC, GST law is going to bring in the biggest indirect tax reform after independence of India with enormous change in the Indirect Tax system in the country. It is going to change demographics of each state with the increased consumption-based tax system; the destination state is going to get the tax. The Central Board of Excise & Customs (CBEC) governing and supervising GST laws is being renamed as the Central Board of Indirect Taxes & Customs (CBIC) in the GST regime.

As per various announcements made by CBEC, GST laws are framed to provide lots of benefits to various stakeholders including common Citizens (consumers) , businessmen (trade, commerce & industry) and the Governments (Central and states). As announced by CBEC, GST is a win-win situation for the entire country. Expectedly GST will lower the cost of goods/ services give a boost to the economy and make the Indian products and services globally competitive.  GST aims at making India a common market with common tax rates and procedures and removing the economic barriers for an integrated economy at the national level. By subsuming or including most of the Central and State taxes into a single tax and by allowing a set-off of prior-stage taxes for the transactions across the entire value chain, it would mitigate the adverse effects of cascading and improve competitiveness and also improve liquidity of all types of businesses – trading, distribution, manufacture etc.

Benefits that may accrue to the stakeholders being common Citizens, Trade/Industry and the Government or the country as a whole on  introduction of GST can be highlighted on the following points;

Advantages to the Citizens:

Advantages accruing to the Trade/ industry:

Advantages accruing to the Government and the country as a whole;

We know, every Change has its own merits and demerits. Being a revolutionary and the most historic tax reform, GST is sure to bring some challenges along with many benefits for all concerned. Hopefully Government will pay proper attention to the problems being apprehended by us so as to make this revolutionary tax reform, the best in the world and acceptable to us all.