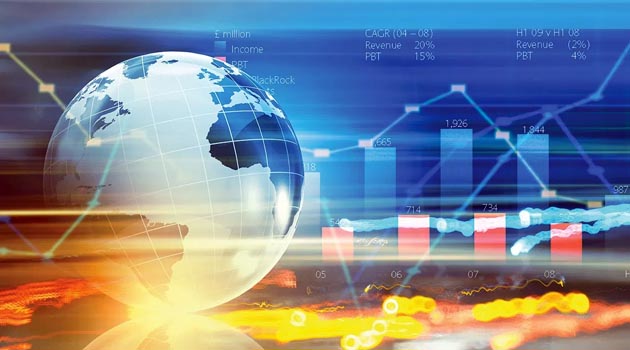 Is confidence slowly crawling back in spite of the fact that Europe’s sovereign debt crisis and other economic shocks still remain responsible and alive for the slowdown?  Can it be presumed that the global economy, while not yet free of downside risk, appears set for a year of transition to better-balanced economic growth, albeit with lagging employment and income inequality continuing to hamper a robust recovery??

Europe’s debt crisis is far from being solved and that without growth Europe may again move south! Whether a reevaluation of monetary policy in the United States, and possibly the Bank of England, among others, could help lower the European Central Bank’s guard against inflation in the coming months, is now a point to see.  Will the battle go on over foreign investment and technology transfer policies even it is presumed that the currency war [between China and the United States] recedes? Time will give the answer.

Developing countries though witnessed their slowest growth rates of the past decade in 2012 with growth estimated at 5.1 percent, yet this year, growth will be about 5.5 percent, 5.7 percent in 2014 and 5.8 percent in 2015. So, for the developing countries prospects remain solid, although growth will be one to two percentage points slower than in the pre-crisis period. The report highlighted that to achieve robust growth in the longer term; the countries should focus on productivity-enhancing domestic policies.

We can reasonably accept that so far as the global economy is concerned though remaining part of 2013 is expected to be slightly better [based on expectations that the Euro Zone crisis fades at least to a considerable extent, the US picks up steam and Asia finds its stride again], yet lagging employment and income inequality will hamper a robust recovery. Owing to improving US job market and reasonably solid expansion at the start of the year, the biggest economy is set to grow 2.4 per cent this year. There exist reasons to be bullish about the U.S. economy: a housing revival, the end of deleveraging, and a healthy corporate sector that will be ready to invest in 2013. US recovery, in turn, will help its southern neighbours and Brazil, gaining strength from near full employment, expanding by 3.2 per cent in 2012 and by 4.3 per cent in 2013. In contrast, the Euro Zone is expected to shrink 0.4 per cent this year and linger in a mild recession until the third quarter.

What exactly is the situation then?

Top European banks expect to show good earnings from investment banking, but a grim economic backdrop and regulatory reforms would continue to remain a drag on their wider businesses. For example: Spain’s Santander had been particularly exposed to the euro zone’s troubles and could suffer from provisions taken on property loans that have soured during Spain’s property market crash. For Santander much will depend on how big a provision it takes on its domestic real estate loans. Britain’s Barclays and Germany’s Deutsche Bank are expected to show more robust results, thanks to their far bigger reliance on capital markets activity which swell their earnings. A constructive revenue environment for European investment banks had been largely driven by fixed income and as such Barclays would be one of the main beneficiaries if buoyancy could continue.

In fact: investment bank earnings should have bounced back as the massive liquidity support from the European Central Bank had been there. As per past records the first quarter is typically the strongest for investment banks which has the inherent strength to set the tone for the year.  Obvious enough: the euro zone crisis flared up and dampened activity. The impact of Spain’s recession and high unemployment on its banking biggies’ loan quality and domestic business was not small! 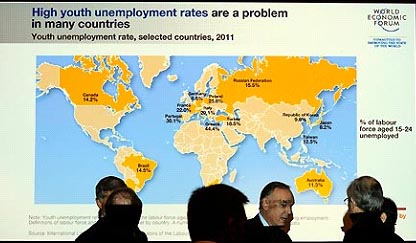 Whatever is, as the situation stands now a better result in 2013 from the financial world can be reasonably expected.

Trends are not worse if the ongoing central bank’s policies are of any indicator. Japan’s economy continues to respond in a feeble manner. The Bank of Japan further eased monetary policy, increasing its asset purchase programme by 5 trillion yen ($62 billion) to about 70 trillion yen.

The central bank, kept its key interest rate unchanged at between zero and 0.1 per cent and clarified that it will expand the government-bond purchases to bonds with longer maturities. The bank decided to increase the outstanding amount of the (asset purchase) programme to about 70 trillion yen by around end-June 2013.

It is at this juncture crystal clear that not only emerging but minnows as well have been keeping a close watch on the movements in the developed zone’s financial sector.

What is the situation there then?

BRICS are coming up – the silver lining. India’s performance has something to see in spite of existence of a number of weak areas – mainly the farm sector, which, in turn, must grow by 4 percent as projected in the 12th Five Year Plan. As the things stand now: BRIC economies — Brazil, Russia, India and China — registered slower increases in new business since January, 2013 but overall business expectation for the next 12 months continue to be robust.

Reasonable ratings of BRICS would encourage the global financial wing  as this grouping of emerging economies have the strong potentialities in reshaping global power. Indeed: these economies in particular cannot be rated to be as risky as those of some Central Asian and North African republics. Naturally, growth prospects, tax-GDP ratio, efforts to fix the fiscal deficit, should continue to be quite genuine and could claim better ratings than countries like Tunisia.

So far China is concerned the latest: China’s sovereign rating outlook remains positive, supported by favourable medium-term growth prospects and strong government debt dynamics. Beijing has to retain tight control over local government finances and make reforms in the financial system to ensure rapid and stable economic growth for the rest of the decade.

Rapid economic growth, coupled with low deficits and debt of the central government, provided ample fiscal headroom to manage contingent risks in local government finances, or in the banking system.

Analysts have been trimming their growth expectations for Australia, New Zealand, Philippines, South Korea, Taiwan and Vietnam but the outlook for Singapore, Malaysia and Thailand had brightened.“The past two and a half years have taught us that Asia does not need strong growth in the G3 to grow fast itself. All Asia needs is the absence of negative growth and it will do just fine,” as rightly observed by David Carbon at DBS in Singapore.

So far UK, U S A and the peers are concerned this year is another challenging one. As the things stand now the U K government desperately needs growth to achieve its overriding goal of eliminating large budget deficit over the next five years. Britain’s economy contracted by 7.1 per cent during its 2008-2009 recession and recovery since has been slow, with headwinds from the euro zone debt crisis, government spending cuts, high inflation and a damaged banking sector. Especially, service sector – which makes up more than three quarters of GDP- calls for a shot in the arms.

Whatever is, the positive food sector outlook should bolster confidence so far as the developing economies like India, Bangladesh, Vietnam, among others, are concerned.

In the overall sense it is clear that with governments in high-income countries struggling to make fiscal policies more sustainable, developing countries should resist trying to anticipate every fluctuation in developed countries and, instead, ensure that their fiscal and monetary policies are robust and responsive to domestic conditions, as rightly opined by Kaushik Basu, the Bank’s chief economist.

So, the need remains as to applying the brakes though downside risks to the global economy  that include a stalling of progress on the Euro Area crisis, debt and fiscal issues in the United States, the possibility of a sharp slowing of investment in China, and a disruption in global oil supplies, have diminished. Still: disruptive technology, global market forces, the education gap, looser monetary policy, delay and long-overdue structural adjustments and skills deficit tantamount to the fact that long-term unemployment will continue to remain as a problem.

Of course: a return to growth would provide confidence that reform can be sustained, economic targets met, and debt levels will remain sustainable – without it Europe would again be at the brink in as much as Europe’s challenge for 2013 would be sustaining support for economic reform, maintaining market confidence, and making progress on a banking and fiscal union, which, in turn, difficult but not impossible!!.

So far as the developing world is concerned a lot depends on whether they are able to keep budget targets on track in as much as the same would improve credibility in the market, and may encourage the rating agency to arrive at a better rating! The governments’ economic management is the key factor. 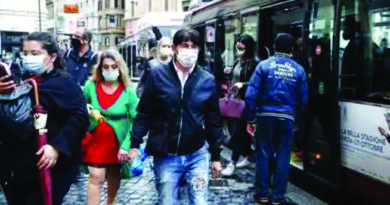 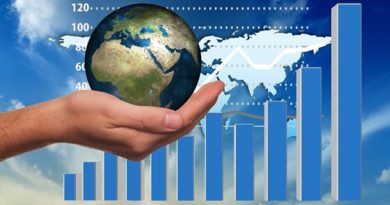 Global Economy: Light at the End Of The Tunnel ?