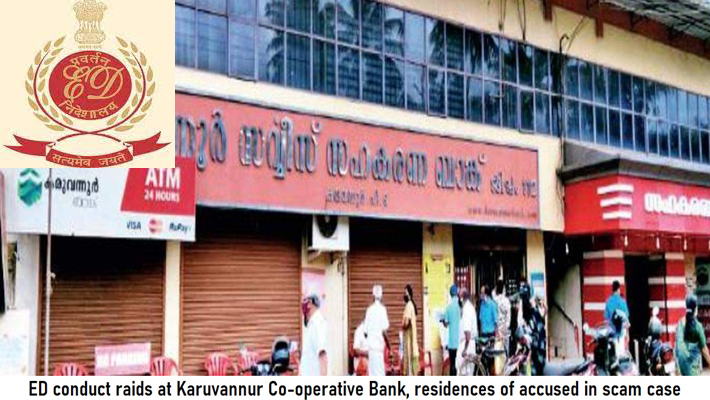 The Enforcement Directorate attached in Kochi office have started simultaneous raids at the residences of five accused in the Rs 312 crore fraud at the Trissur-based Karuvannur Cooperative bank.

Incidentally, of the five accused where the raids began, four are out on bail. The ED officials involved in the raids were being guarded by the armed CISF guards as a matter of precaution.

The Karuvannur Cooperative bank fraud in Thrissur district came intolimelight a year ago, but not much headway has been made in the probe by the police.

Trouble broke out very recently when a depositor after desperate pleas for getting his money back for treatment passed away. Since then the fraud in the bank has made frequent headlines and even saw the Kerala High Court intervening.

Recently the Court directed the scam-tainted coop bank to stop all payments barring the emergency ones and asked the Pinarayi Vijayan government to prepare a roadmap aimed at paying back the depositors.

The bank informed the court that at present they have only Rs 60 lakh in cash, while they have assets which can be sold and depositors can be paid.

It also pointed out that of the total deposit of Rs 284 crore, a sum of Rs 142 crore has matured.