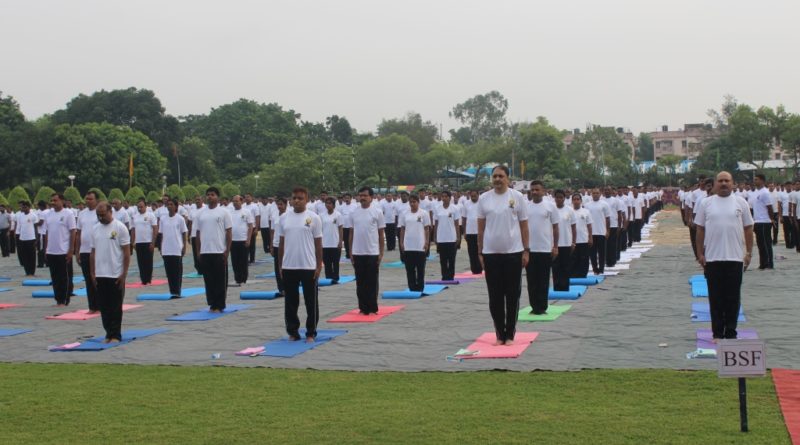 Yoga is very helpful for our men deployed in far flung areas of the country in adverse weather conditions. So they are carrying out Yoga activities at their places of deployment on regular basis. They are not only benefited from Yoga to undertake their strenuous work regime but it also helps them overcoming mental stress.

All the participants from different Forces enthusiastically participated in this grand event held on the occasion of International Yoga Day. All CAPF personnel were motivated to perform yoga regularly for a healthy body and mind.  The BSF contingent was declared first, CRPF contingent stood second and that of CISF was declared third in this event.