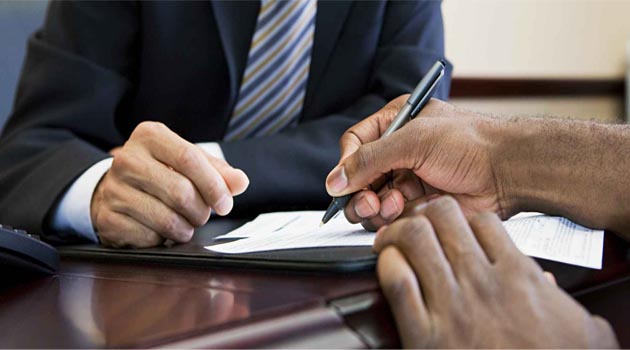 Is it not a fact that around the world, every banking executive is asking the crucial question: What’s in store – writing on the wall?

In the age of Basel III

Along with capital levels, Basel III established several measures of funding, including a liquidity coverage ratio [LCR] and the net stable funding ratio [NSFR]. The LCR is a measurement of whether banks have enough cash or assets easily convertible to cash on hand to meet their needs for 30 days under a stressed scenario, such as a financial crisis.

Incidentally, it may be mentioned here that Tier 1 capital is the type of funding that is ‘best able to handle an economic shock, with common equity and cash reserves being the most favored version of such funding’. Basel III called on banks to have a minimum 4.5 percent Tier 1 capital ratio – but also set a higher target of a 7 percent ratio. Financial institutions deemed to be ‘Global Systemically Important Banks’ [G-SIBs] are also required to maintain an additional level of capital [known as a surcharge].

Under the Basel III standard, banks are to meet 60 percent of the requirement by the start of 2015 – rising to 100 percent by 2019. Some regulators [such as the Federal Reserve], have imposed their own more aggressive timelines for compliance in rules derived from the accord. The Basel Committee released a revised version of the NSFR proposal in October, 2014 and the Fed and other U.S. banking regulators, among other leading economies, are currently at work on implementing rules for the banks they supervise.

The Basel Committee on Banking Supervision said that a monitoring exercise that covers a total of 226 banks found that as of June 30, all of the 98 largest banks surveyed would meet the minimum 4.5 percent Tier 1 capital requirements [as set in the 2010 Basel III international banking accords].

The data established the fact that the bulk of that improvement came from the European banking sector. Among the 126 smaller banks included in the survey, the Basel Committee found a shortfall of €100 million at the 4.5 percent capital requirement and of €1.8 billion for the target 7 percent level  -those banks would not be subject to additional surcharges.
The largest banks had an average LCR of around 121 percent as of the end of June, an increase from the 119 percent average that the Basel Committee said it found at the end of December 2013. Smaller banks also saw a rise in their LCR.

The Basel Committee also found increased compliance with the net stable funding ratio, a requirement that forces banks to hold sufficient cash or assets that can be quickly turned into cash to cover their potential losses over the course of a year.

Though it remains difficult to parse future economic trends, yet no global bank can afford to sit idly by and simply hope to be able to react to future changes. Rather, in place of that based on the functioning of global banking sector of yesterday and today, one can analyze the current situation and make logical deductions about how the banking landscape will shift tomorrow. Two and two not always make four in the business world!

In fact, in this fast changing world of innovention [innovation + invention] the entire banking world has been witnessing such things which were hitherto not much in existence. The modern banking industry has brought greater business diversification. Banks in the developing world also like the industrialized counterpart have been entering into investments, underwriting of securities, portfolio management and the insurance businesses, among others. In fact since the beginning of the 21st century, the biggest banks in the industrial world have become complex financial organizations that offer a wide variety of services to international markets and control billions of dollars in cash and assets.

Supported by the latest technology, banks are working to identify new business niches, to develop customized services, to implement innovative strategies and to capture new market opportunities. With further globalization, consolidation, deregulation and diversification of the financial industry, the banking sector will become even more complex.

While over the past decade there has been an increasing convergence between the activities of investment and commercial banks, because of the deregulation of the financial sector, today, some investment banking [that covers an array of services from asset securitization, coverage of mergers, acquisitions and corporate restructuring to securities underwriting, equity private placements and placements of debt securities with institutional investors] and commercial banking institutions [banking that covers services such as cash management (money transfers, payroll services, bank reconcilement), credit services (asset-based financing, lines of credits, commercial loans or commercial real estate loans), deposit services (checking or savings account services) and foreign exchange] compete directly in money market operations, private placements, project finance, bonds underwriting and financial advisory work. Taken together, these changes have made banks an even more important entity in the global business community on the one hand, while on the other the risks dimensions have leapfrogged.

Risk is where the Business is

Undoubtedly, today, the main function of any bank would continue to be risk management. Banks have to adopt appropriate risk management approach to maximize shareholder value / net value and to conform to the Central Bank’s  guidelines. Again, the adoption of ALM and diversification of activities to earn fee income resulted in the assumption of risks which had to be hedged by derivatives. Since major banks are foreign exchange dealers, exchange risk and interest risk have to be covered. Again, derivatives themselves carry a lot of risk which has become a major concern of regulators.

As profitability is one of the prime business evaluation indexes, simultaneously with other vital indicators like: strength and soundness, credit quality, growth and efficiency, betterment of cost-income ratio – one of the top sub-criterion in the arena of profitability – occupies the central place. Efforts must be on to move towards that direction so that within a reasonable time the ratio becomes nearer to the peer group level. The betterment, in turn, is hinging upon two vital wings – minimization of cost [interest plus operating] and maximization of income [interest plus non-interest]. The first area has been on the rise due to external factors as well as internal factors, while the second area reflects better picture emerged from the segments.

Finally, what is written on the wall? The banking sector is set to consolidate globally with only five or six lenders emerging as major players [viz. HSBC, Deutsche Bank, Lloyds’ Bank, etc].  As per the Deutsche Bank assessment, for example, one European bank will remain among the global majors after the consolidation process and that must be Deutsche Bank [in terms of market value, it ranks 24th among the global financial institutions].There are reasons to keep faith on such assessments – the anticipation of consolidation of large banks around the world in the coming years and only five or six banks will emerge at the end as major global players.

So, ultimately the challenge before all is managing the change.

The Writer, a noted Management Economist and an International Commentator on Business and Economic Affairs, attached to the West Bengal State University, India, can be reached at [email protected]