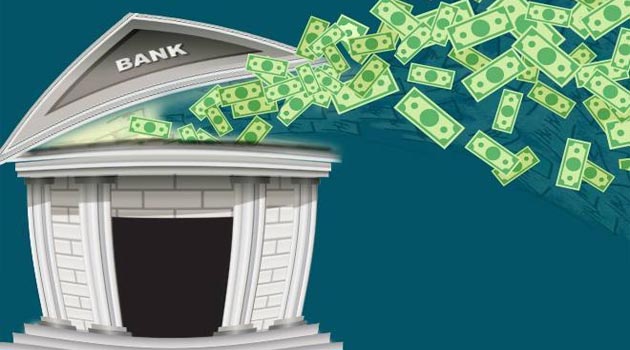 In the last few years, the banking industry has been abuzz with the news of a bad bank in the making. It was a point of discussion in the informal (sometimes formal also) channels of communication among those who take keen interest in banking related news. The reason is that it seemed to be the quick fix solution to those (cynics) who did not believe in any effective innovative solution. In any case, that grapevine is nowhere to see now, as the Government has come up with a scheme named “Sashakt” and has categorically stated that the scheme does not envisage any bad bank. Thus, they have put a full stop on that point of discussion and in turn, on the mouths of the cynics also.

As per RBI’s Financial Stability Report of June 2018, the stress in the banking sector continues as gross non-performing advances (GNPA) ratio rises further. SCBs’ gross non-performing advances (GNPA) ratio rose from 10.2 per cent in September 2017 to 11.6 per cent in March 2018. This can be gone through elaborately from the following chart derived from the abovementioned RBI Report. 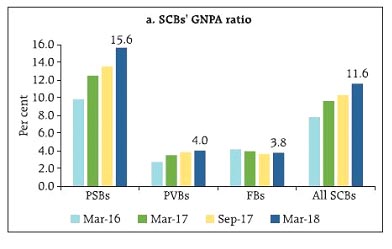 Not only gross NPAs increased, but also each broad sector registered an increase, which can be verified from the following chart derived from the same report of RBI. It indicates that none of the broad sectors showed signs of recovery. 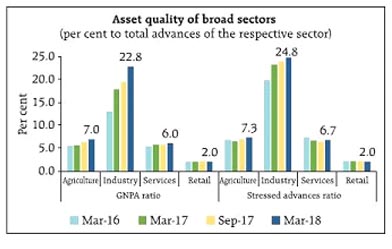 Impact of high NPAs on provisioning and profitability: 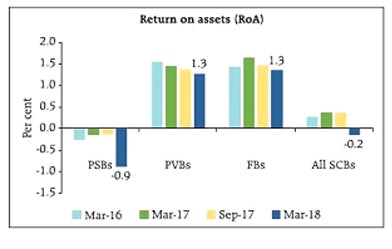 Losses erode capital. So, this has added pressure on SCBs’ regulatory capital ratios. Their capital to risk-weighted assets ratio (CRAR) declined marginally between September 2017 and March 2018, which can be observed from the following chart derived from the above mentioned report of RBI. 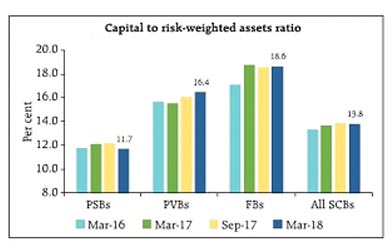 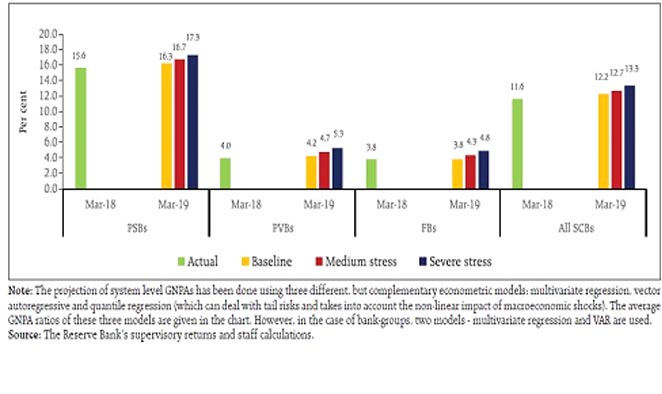 Following chart derived from RBI Data, shows that since March 2013, all types of banks viz. PSBs, PvBs, FBs (with only exception of FBs / Foreign banks in a few quarters), have registered year on year ‘only’ increase in each quarter continuously. In case of Private Sector Banks (PvBs), the y-o-y increase itself shows an accelerating trend till Sep 2016. 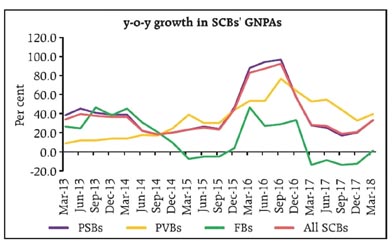 Problem of NPAs is not new. To grapple with the problem, the Government, from time to time, came up with necessary ways and means. As a result of this, Banking industry witnessed in the past a few new tools viz. DRT, SARFAESI, IBC etc.

As a new strategy, the Government formed in early June 2018,a bankers’ panel, headed by Mr Sunil Mehta, Chairman of Punjab National Bank to come up with a solution to the problem of high value NPAs. After a lot of brain storming, the committee came up with a scheme, which they named ‘Sashakt’.

Key Points of the Scheme:

The key points of the scheme, as derived from the press conference held by Mr Piyush Goyal, Interim Finance Minister, on 03.07.2018 are following:

For assets worth over Rs 500 crores (exposure involved Rs 3.1 crs):

Though the panel has strived hard to come up with a good solution, cynics have their own doubts, which may be alleviated only over a period of time, depending on the success of the scheme. Following are a few points which are worth noting.

Whether the new scheme ‘Sashakt’ will be able to wade through the murky waters of NPA or not, time will tell. For now, one thing is sure that idea of a bad bank has been put to the back burner;Rather it has been ruled out altogether. Success or failure, Banking industry is pinning its hopes on this new scheme.