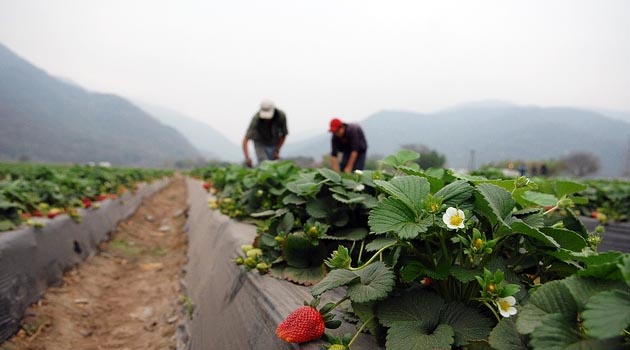 Agriculture is a great Indian culture. Agriculture is backbone of our country. Nearly 70% of Indian population lives in Rural India. There are about 625000 villages in India. Approximately 65% of the people depend on Agriculture. Contribution to Gross Domestic Product (GDP) from agriculture is 14%. Nearly 60% of the people get employment from the agricultural sector. Despite that India is struggling to achieve the growth rate under Agriculture. In 12th five year plan, the growth rate under agriculture is fixed as 4%, but so far the achievement is 1.1%. Though Indian agriculture is full of vagaries of monsoon, institutional credit towards agriculture is an important factor now and need of the hour. Serious alternative avenues of supporting the farmers financially to be looked into not only to harvest the factors of production viz., land, labour, capital and Management in an efficient way which enables Agriculture production and productivity for a country but, to maintain qualitative profitable business proposition for a banks .

No one can deny that public Sector Banks (PSBs) dominated in extending agricultural credit since beginning. Here is the position of agricultural advances (in crores) of various PSBs.

The above table clearly indicates that public sector banks are not in a position to improve their growth under agricultural lending and banks having large customer base like State bank of India, Bank of Baroda, Central Bank of India, and Indian Overseas Bank are registered negative growth. Reasons may be due to one or the other; the banks should understand agricultural lending is also one of the viable, profitable business propositions for the banks in the present context of profitability and capital adequacy norms.

The banks should concentrate on financing new good viable high value agri. Proposals so as to reduce the percentage of NPA under agricultural advances.

Example: Mr. Sadananda, (of Tapsihalli village of Dodbellapur taluk of Bangalore, Karnataka State) a marginal farmer having nearly 2.40 acres of rainfed land earning average income of Rs. 10 lacs to 12 lacs on a conservative approach due to integrated, hi-tech and precision farming.

Example: A small farmer, Saroja from Deverayanapatna village in Tumkur Taluk, with two acres earned a gross profit of Rs. 3.25 lakhs in 150 days. The cost of cultivation is Rs. 60000/- per acre leaving a net profit of Rs. 2.65 lakhs (Tomato Poly mulching)

Example: Mr.Bhaskar Reddy, a progressive farmer from Kizhmaruvathur village in Kancheepuram district turned from paddy cultivation to brinjal, water melon, and vegetable nursery could earn a net income of Rs. 6.00 lakh a year.

Example: Mr. S Thinakarasamy from kooliyankadu village of pudukottai district of TamilNadu started commercial propagation of nursery and earned a net profit of Rs. 714750/- every year.

The above examples clearly indicate that financing the farmers for the profitable agriculture business activity definitely not only increases their net surplus income but for the banks it will be a commercial viable profitable stable sustainable qualitative asset portfolio.

Secondly, bankers failing in ascertaining entire need of a particular farmer and thereby other products under agriculture can be given to the needy farmers.

This is totally due to lack of knowledge at both levels. Branch Managers and other officers handling agricultural advances should market the features of other agricultural products in an effective manner and should be implemented.

All bankers should have a mindset that they are all directly and indirectly marketing employees without which banking cannot have a profitable business. They should understand that marketing is in and out of our business. Executives/Officers from controlling offices, while visiting to branches staff meeting can be conducted and this issue can be addressed.

Creating awareness and canvassing the applications from the farmers one month before the agricultural season starts so as to process well within the time or exactly the season starts for timely credit delivery. This is very important in Agricultural advances.

Bankers should see Agricultural lending as a preferred sector finance rather than last resort avenue. It should be seen as a business opportunity rather than a compliance function by all the banks and financial institutions. Support given by the way of policy guidelines and Budget allocations are to be utilized in a positive profitable way of contributing more to the nation from agricultural sector. Rather than discouraging and de-motivating the farmers, role of bankers lies in linking them into a viable agriculture business model and deliver the financial support not only increases stable bank’s growth but make the country  a prosperous one. “Let us have a strong trust that growth in agriculture solves all other problems of a nation”. “Let us salute to the farmers and support them to connect physically, electronically and knowledge wise so as to attain economically connected India”.